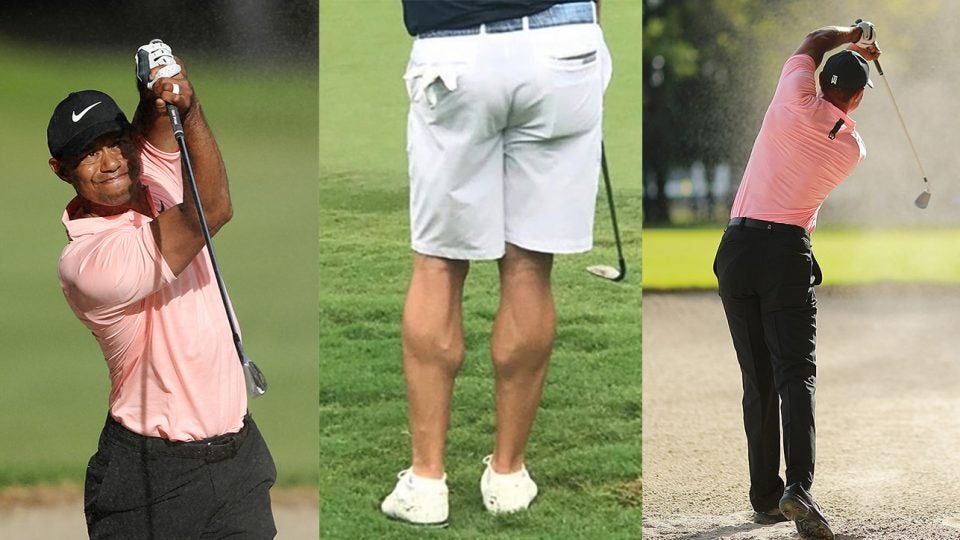 1) Dustin Johnson might have dominated the field in Mexico, but Tiger dominated social media on Friday with only a shot Tiger could hit. He pulled off some sorcery from a fairway bunker and made his ball spin in a way many of us didn’t know was possible. If you checked your phone at all over the weekend, chances are you came across this shot at least a dozen times, and rightly so. I still can’t stop watching.

One fan proposed a logo change to the PGA Tour. I don’t hate it…

@PGATOUR this needs to be the new logo. Please, I beg you. pic.twitter.com/SQEhspW8dO

2) The crowd in Mexico couldn’t get enough of the star-studded field that a World Golf Championship brings with it. One fan got a little too caught up in the excitement when she chased down an errant tee shot. I know the souvenir tents can be expensive but snagging a Tour player’s ball is a quick way to get tossed out.

Hey, you could also try letting the ball hit you? You’ll probably get a signed glove out of it that you can wear while holding the ice pack against your injured body.

3) Henrik Stenson spent some time at a zoo this week. While playing with a few baby Tiger’s, he cracked a joke about how this is how golfers probably felt in the 2000s when Tiger’s presence was always felt on a leaderboard. If I were Stenson I’d be careful after hinting those days are behind us. Something tells me if Tiger watches that he’ll be more determined than ever to strike that same fear into today’s fields.

"This is how a lot of guys felt during the 2000s." – @HenrikStenson#LiveUnderPar 🐅 pic.twitter.com/WAoMywKreH

4) In honor of the Academy Awards taking place Sunday, we asked you what the best golf movie of all time is. I’m disappointed in everyone that didn’t say the right answer: Caddyshack.

Don’t get me wrong, the other choices all have scenes and moments that I thoroughly enjoy. But there’s Caddyshack and then there’s everything else. Fortunately, the majority of you are on the same page as I. So I got that going for me, which is nice.

In honor of the #oscars, what’s the greatest golf movie of all time? 🤔

5) Not too long after Sergio embarrassed himself with a childish tantrum in a bunker and damaged greens with his spikes, Bryson DeChambeau was caught on camera letting his emotions get the best of him. While using the practice green, Bryson was displeased and slammed his putter into the green. You can’t be making divots large enough that you need a flagstick to fix them, Bryson.

6) Phil’s calves have taken golf social by storm. Once the Tour announced it would allow pros to wear shorts during practice rounds and Pro-Ams, Phil put everyone on notice that he could double as a leg model. No one would be more envious of what Lefty’s got going on than Entourage’s Johnny Drama.

The Instagram account Fore The Tour depicted exactly how their encounter with each other would go down.

7) Even Tiger needs a hype man in his life. At the WGC-Mexico Championship, they made sure Tiger’s presence was felt in a big way. I have no idea who this guy is but I need more of him at Tour events. Hell, I’d love to have him around the GOLF.com office to introduce the staff each morning when we arrive.

Don’t be surprised if Tiger puts this guy on retainer to follow him around. I know I would.

Tiger might hire this guy to introduce him everywhere pic.twitter.com/nVwd1GIMVY