The Bay Hill Club & Lodge, longtime host of the Arnold Palmer Invitational, first opened all the way back in 1961. (Incredibly, that was four years before the land that would become Disney World was even purchased!)

According to Bay Hill’s website, when Arnold Palmer played in and won a charity exhibition at Bay Hill in 1965, he liked the course so much that he told his wife, Winnie, that he wanted to own it for himself. In 1970, the dream became a reality when the King took a five-year lease-to-buy option on the property. By 1975, he owned Bay Hill outright.

By 1979, Palmer was hosting an annual Tour event at Bay Hill, which has endured to this day. The tournament’s reliably stellar field year after year is a testament to the respect today’s players continue to have for Palmer’s legacy, even over three years after his death at the age of 87.

While the course operates as a private, non-equity club owned by the Palmer family, visitors can snag a tee time by staying at the 70-room onsite lodge, which also enables guests to enjoy tennis courts, a salon and spa, fitness center, swimming pool, dining rooms and lounges, meeting and banquet facilities, a marina and social and recreational events.

Check out photos of the gorgeous Bay Hill Club & Lodge below. 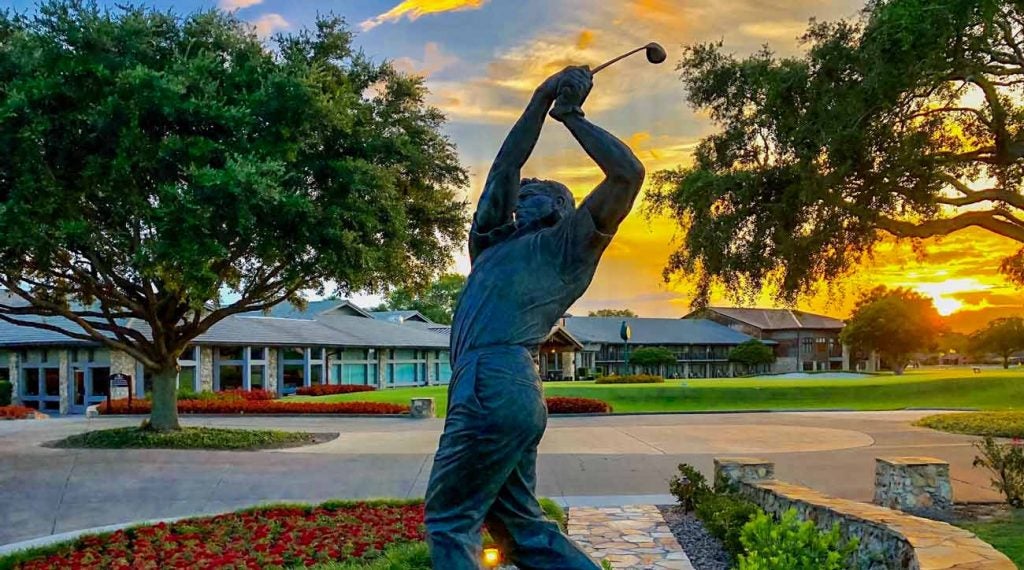 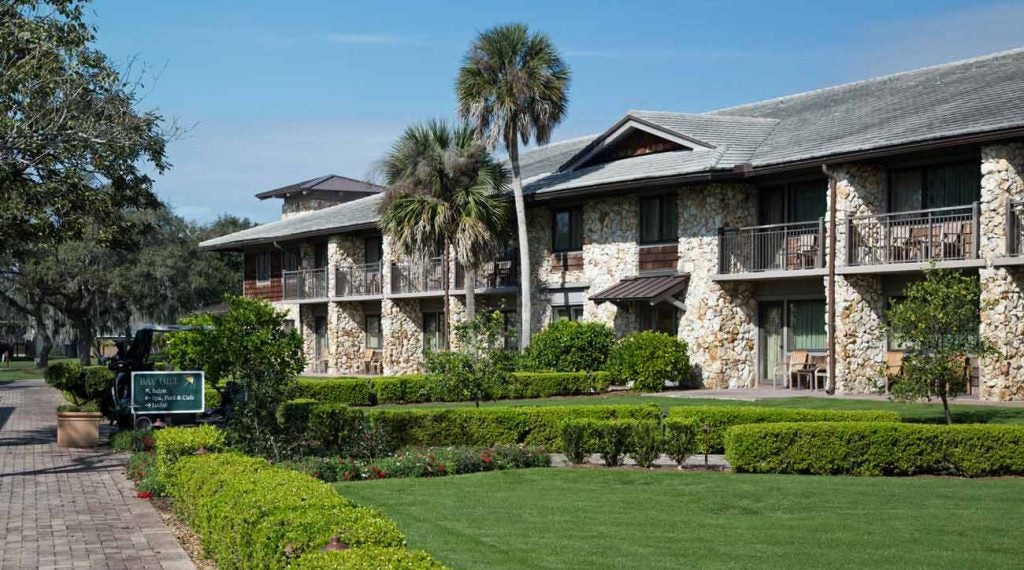 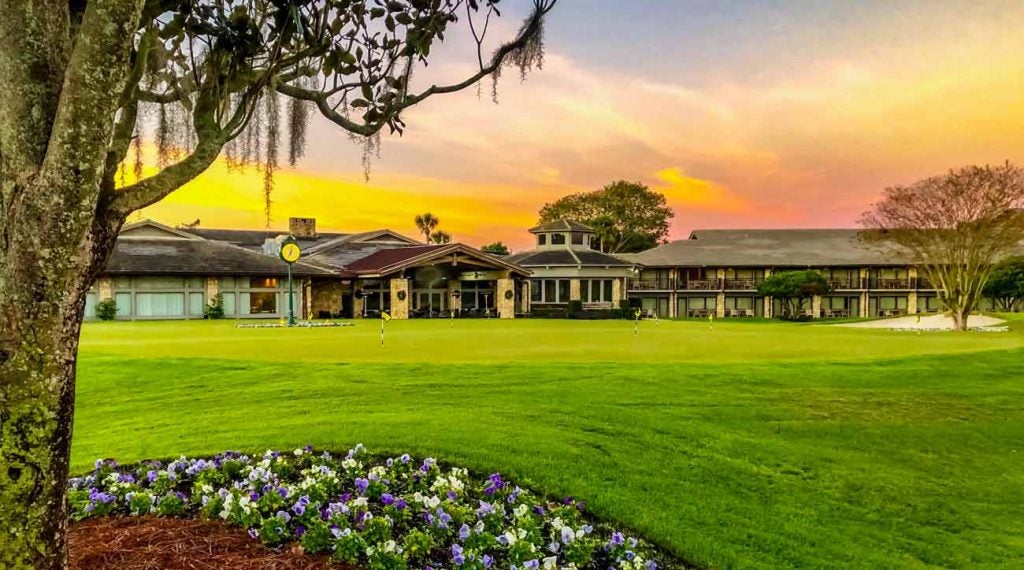 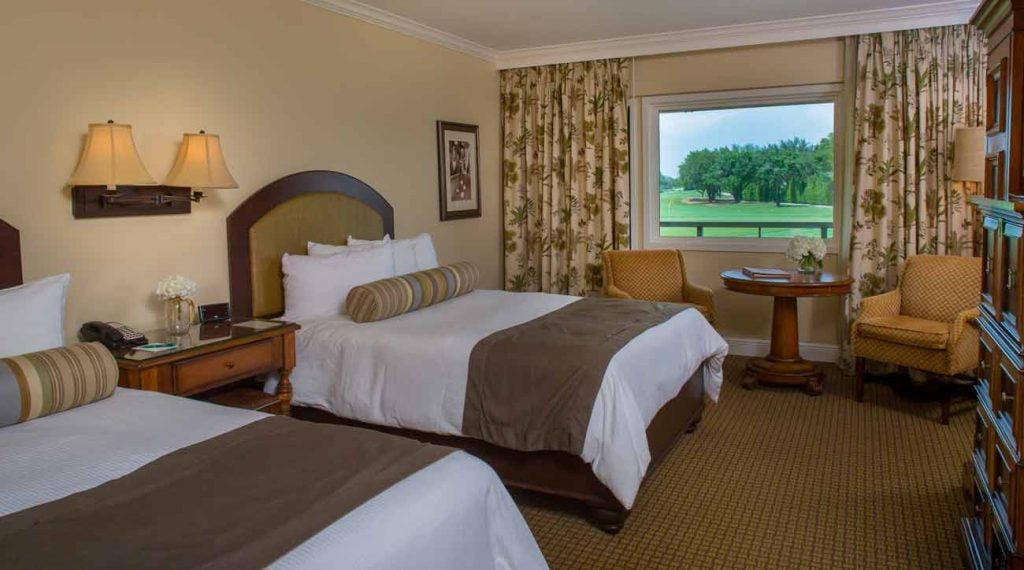 An interior view of a guest room at the Bay Hill Lodge.
Bay Hill Club & Lodge 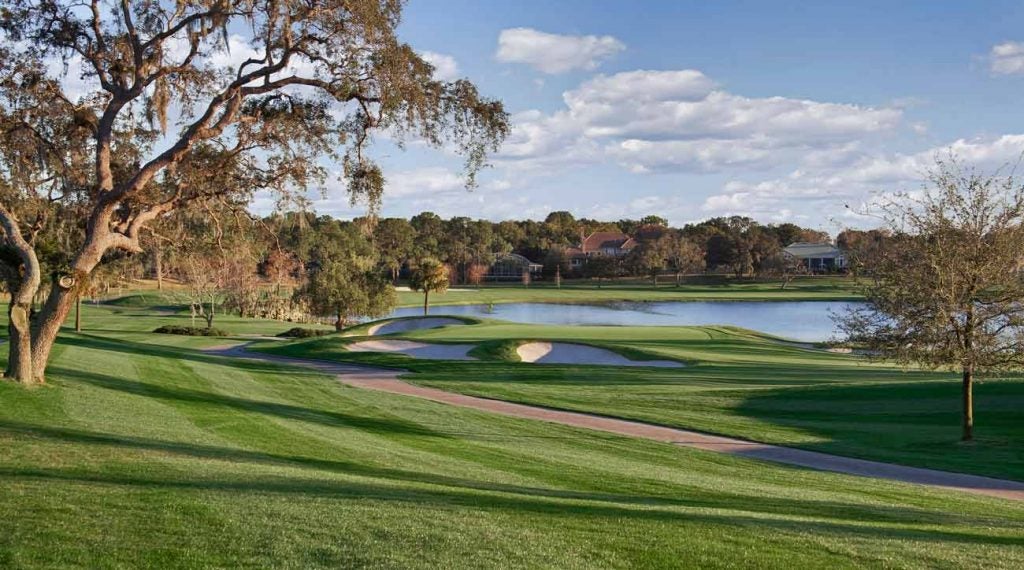 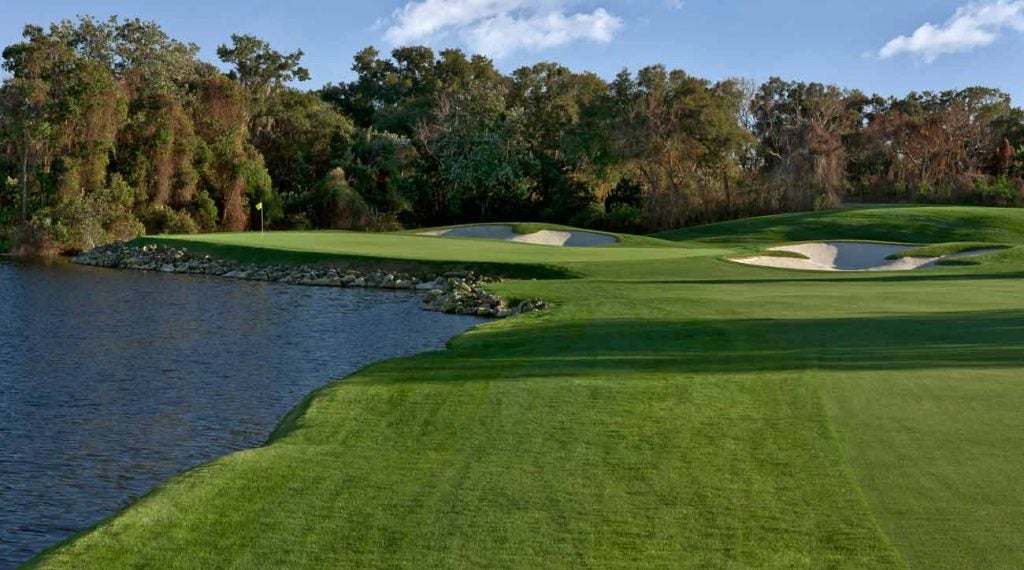 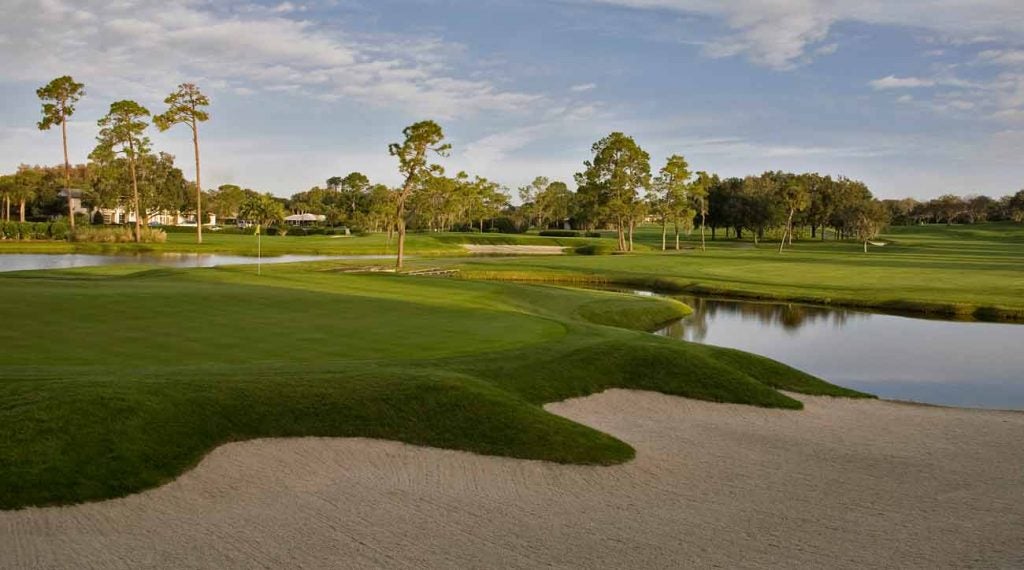 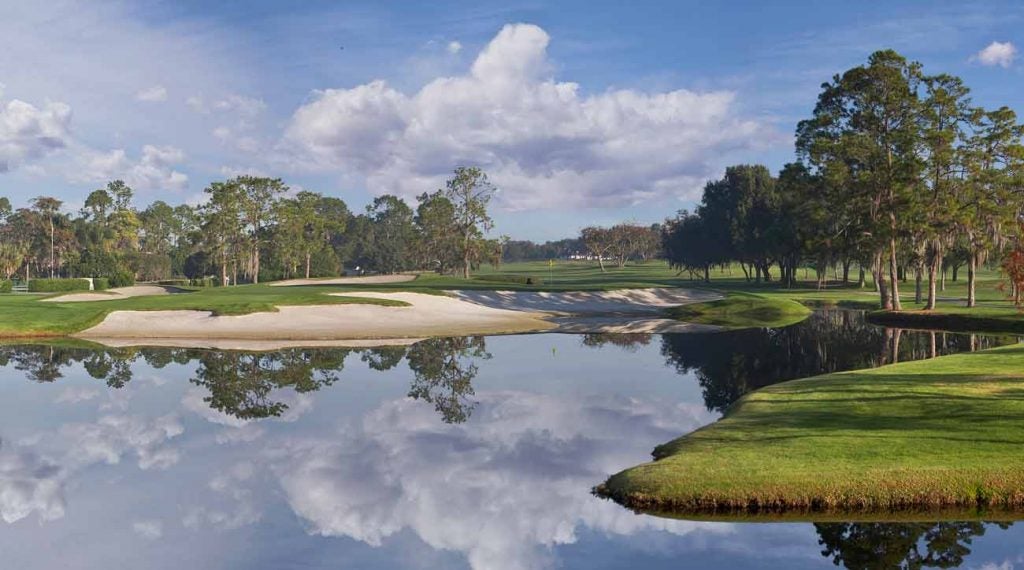 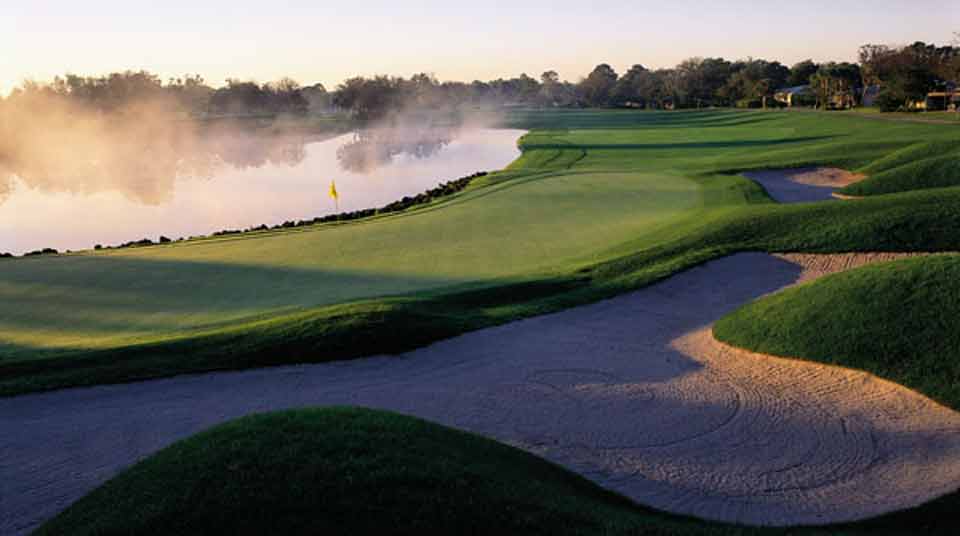 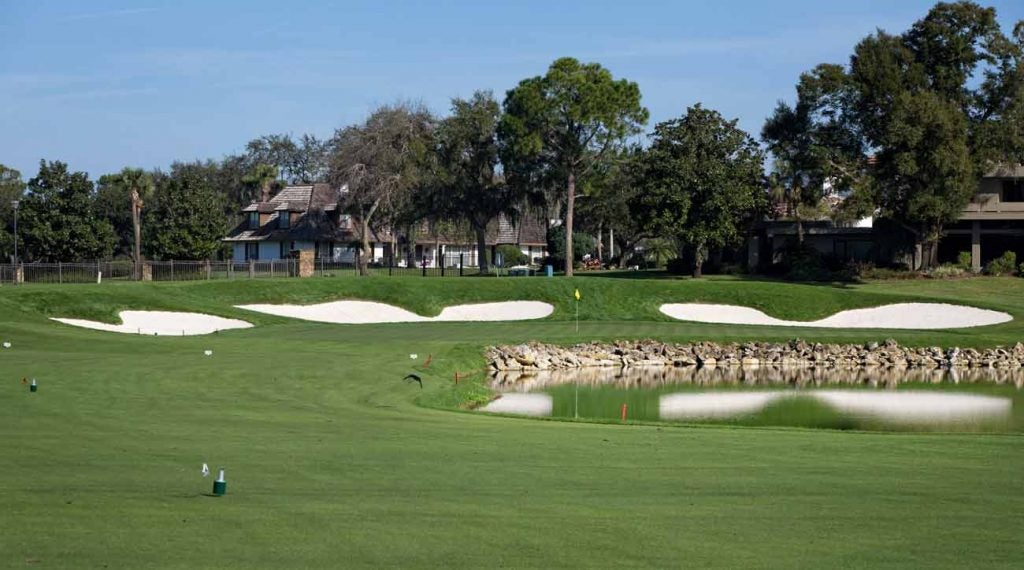 The approach to the 18th green.
Bay Hill Club & Lodge