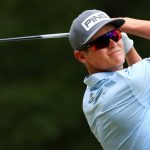 He led after the first round of his previous tournament. He had finished in the top 25 of his previous major. He was a respectable 36th the last time an event was at the course.

And Phil Mickelson had also won five majors, and over 50 times overall internationally.

There’s no doubt that Mickelson’s victory last month at the PGA Championship was a stunner. Or was it? The odds say so — he was listed at 250-1 at golfodds.com. But, of course, those are a reflection of what the majority of bettors chose to believe about Mickelson. And justifiably so for a litany of reasons. But if you had thoughts like the ones above, and bet accordingly, the only thing shocking was the size of your wallet after the PGA.

Adam Scott (70-1): Truth be told, a similar question was asked in GOLF’s Tour Confidential, and Scott was my answer there. Good course history? Check. Good recent run? Check (though he did miss the cut at the PGA). Major championship success? Check? Older — and experienced? Check.

Phil Mickelson (70-1): Mickelson himself! In our picks to win story, Jessica Marksbury, Josh Sens and I discuss the pros (and cons) for picking Phil.

Our staff likes a few more sleepers, too. They’ve each made a long-shot bet using odds from DraftKings to assist you with your own weekly picks, whether those are for a low-stakes office fantasy league, (legal!) big-bucks bets with a sportsbook or through free-to-play Chirp Golf, an app from our 8AM Golf affiliate partner that is available in the App Store and at Google Play.

On to our picks — and info on how to bet for free.

Sleeper pick: Kevin Streelman, +11,000. Hits fairways and greens (which I’m told is an effective formula at U.S. Opens) and knows how to get to the weekend: has finished outside the top 40 just once in his past eight starts. Was in the hunt at Kiawah through three rounds until a Sunday 75 derailed him.

Sleeper pick: Phil Mickelson, +7,000. He won the PGA Championship and is now about to tee it up in front of the hometown crowd while still riding high from his Kiawah Island triumph. He’s confident and part of me thinks he’s playing with house money coming off a major win at age 50. I like these odds!

Sleeper pick: Sungjae Im, +11,000. Ball-strikers of Sungjae’s caliber generally find themselves in contention in at least one major every year. He certainly has the talent to win one of these. Why not at Torrey?

Sleeper pick: Justin Rose, +6,600. I might be stretching the sleeper definition juuuuust a touch by picking a former U.S. Open champion, but Rose is pretty under the radar this week. He hasn’t won on Tour since 2019, but that win was at … you guessed it, Torrey! And the guy has been showing up for majors, with two T8 finishes this year. I like his chances.

Sleeper pick: Stewart Cink, +11,000. He might be a little old (sorry, Stewart), but Cink is playing as good a golf as anyone in the world this season. He’s got two wins already, and a U.S. Open win would put a cherry on top of the career renaissance he’s experienced over the past year.

Sleeper pick: Charl Schwartzel, +22,500. Steady all year, with one missed cut (though it came at the PGA). He also tied for 18th in January at Torrey at the Farmers Insurance Open.  I also considered Ryan Palmer and Bernd Wiesberger here.

Sleeper pick: Lee Westwood, +16,000. Westwood was a popular pick heading into the Masters. Since then, his status has cooled. Fresh off a surprise wedding in Vegas, I’m looking for Lee and his caddie-wife to celebrate their honeymoon on the California coast while drinking out of the U.S. Open trophy.

Sleeper pick: Branden Grace, +12,500. There was a time when Grace was a pretty reliable contender on big stages and tough setups. He is back to playing that way again.

Sleeper pick: Wilco Nienaber, +30,000. Since it’s his first major championship ever, admittedly, it’s a bit unlikely he pulls it off, but this is a pure power pick. Nienaber hits it ridiculously far, averaging 358.4 yards in his T14 finish at Congaree last week. Around the lengthy Torrey Pines, that distance could prove quite useful, and he has the power to gouge it out of the long rough when necessary.

Sleeper pick: Lee Westwood, +16,000. Finished third the last time the U.S. Open was contested at Torrey. More than a decade has passed since the 2008 edition, but Westwood continues to defy the odds and contend as he approaches 50. If Phil can do it, why not Lee?

Sleeper pick: Brian Harman, +9,000. The guy is playing the best golf of his life, and that is much better than his world ranking (47) indicates. Can he win on a long, long course? It’s hard to totally imagine it. But I’d be shocked if he misses the cut considering how he’s been playing.