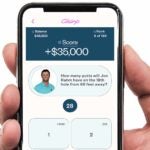 In the new Chirp app, a "chirping" notification alerts you whenever a new bet is available.

The odds of Jon Rahm making that 66-foot-tournament-winning putt at the BMW Championship last Sunday?

Not good. Plus 2,100 in sports-gambling parlance, meaning a lucrative 21-to-1 payout.

If only I had taken the juice!

If I’d had the guts to bet on Rahm sinking that snaking bomb, I would have elevated myself from a forgettable middle-of-the-pack finish among my fellow gamers — not to mention given me bragging rights among my friends.

The long-shot bet had arrived on my iPhone in real time via Chirp, a new live-gaming app that makes golf-broadcast viewing not only more exciting for fans but also more rewarding (more on the prizes later). The app, which is owned by GOLF.com’s parent company, 8AM Golf, and powered by Cisco, serves up juicy in-the-moment wagers throughout PGA Tour events — i.e., will Tiger Woods hit the fairway on the 11th hole, or will Rory McIlroy make his 10-foot putt on the 17th green — as well as more traditional full-tournament and matchup bets. (Cisco’s partnership with Chirp features in-app integrations and sponsored prizing during U.S. Open week.)

Chirp, which will be available to download on Sept. 14 — just in time for the U.S. Open — allows you to compete not only against its entire user base but also against your friends should you elect to set up a private league with your own side action. (The Instagram account, @PGAmemes, is offering his followers an early peek of Chirp for anyone who’s interested in playing against him this week at the Tour Championship.)

Best of all, anyone can join the fun absolutely risk-free. 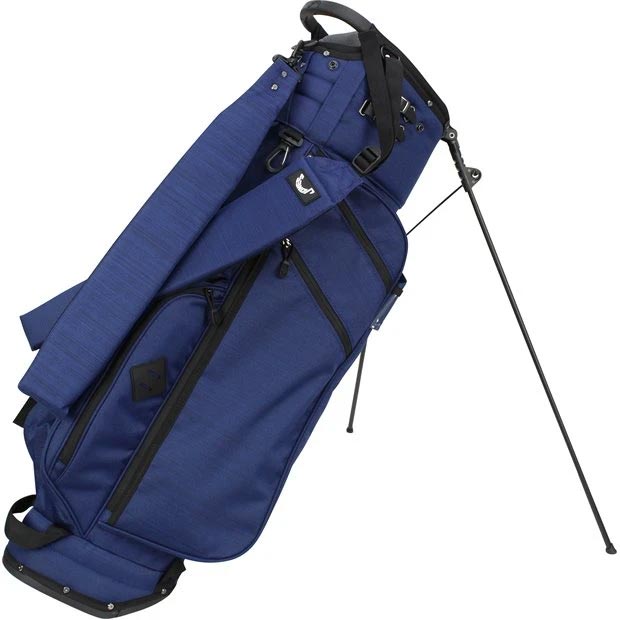 Chirp gives its users $10,000 in Chirp credit at the beginning of each tournament, plus an additional $5,000 before each round — just in case you flame out. (Yes, I’ve busted while Chirping, but I’ve also ridden one of those $5K bonuses back to glory.) Users may do with their chips as they please: a $5 bet here, a $5,000 bet there. Even a relatively modest $500 bet on Rahm’s heroics would have netted more than $10,000 in Chirp value.

Me? I was too busy waiting for Dustin Johnson’s ensuing putt to force another playoff hole. I liked DJ from 32 feet much more than Rahm from 60-plus. But you know how that worked out. DJ’s putt didn’t even reach the hole. Sure, he must have been upset that he left short his chance of extending the tournament, but did he realize he also left short my chance at some Chirp prizes, ranging from $150 in GOLF.com Pro Shop credit to a custom-built driver from True Spec Golf? (When you consider the buy-in, the payoff can be pretty sweet.)

Chirp is filled with moments like that, and not just at the conclusion of tournaments. The app offers real-time wagers pegged to the action on the broadcast, so you can imagine the number of wagers that will be available with all those balls in the air on Thursday and Friday afternoons. The proprietary algorithm considers Tour data, player performance history and real-time scoring trends to feed you the lines. But you best make up your mind quickly — the in-tournament bets are available for only 30 seconds. Take ’em or leave ’em.

Some of the bets feel like low-hanging fruit. There’s no way DJ is actually going to make that double-breaker to force a playoff… right? Wrong! Many bets seem obvious right up until the moment they’re not. A month ago, at the WGC-FedEx St. Jude Invitational, Brooks Koepka broke my heart — and my Chirp account — when he holed a 20-footer for birdie in the second round. (I was all-in on the miss, and it hurt. That one putt cost me a cool $17,000 and the top spot that week.)

Tapped-in Tour junkies can bank on their reserve of statistical knowledge and instincts to lead them to victory, but Chirp is just as much fun for casual fans, who will quickly find that the app delivers a super-fun new wrinkle to golf spectating. It’s surprisingly thrilling to be more involved with a Tour round — to feel the pain when Phil Mickelson misses his next fairway, or the rush when Tony Finau hits his approach from 150 yards within 15 feet.

Confession time: Sunday naps have long been at least a small part of my golf viewing experience. But even when I’m stretched out on the couch, Chirp doesn’t let me slip into a slumber. The bird-sound push notifications — yes, chirps — alert me every few minutes that a new bet is on the table. “Hey, man. Wake up. Prizes are on the line!”

So is your pride, because who wants to lose to their roommate, neighbor, brother-in-law, colleagues or anyone else who thinks they know more about golf than you do? (Looking at you, Uncle Todd!)

Tips to get you started? Glad you asked! Join the Chirp wait list here, invite your friends and family to play and have fun with it.  Oh, and never ever bet against Jon Rahm.

The app reviewed in this article is owned by GOLF.com’s parent company, 8AM Golf.