Riviera Country Club, like it seems to every year, has produced another really great tournament 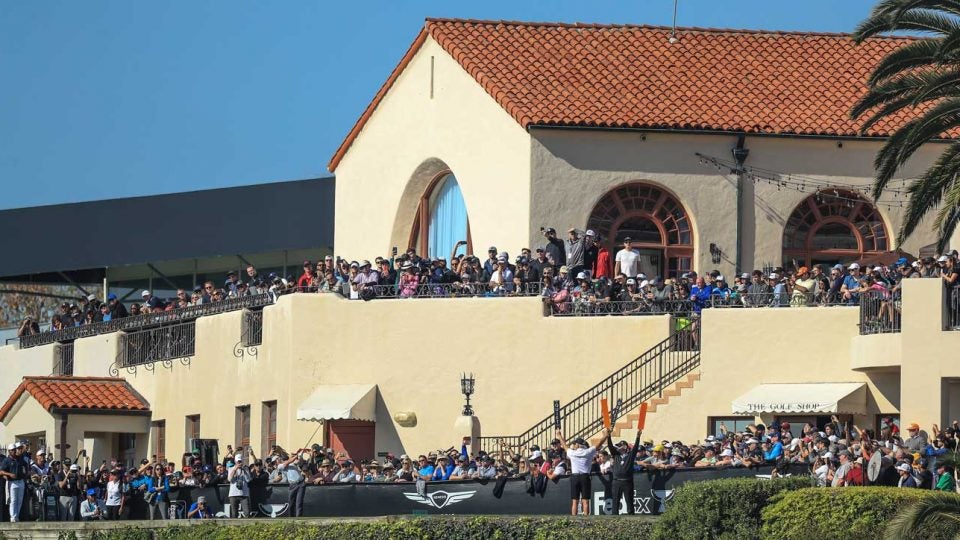 Riviera Country Club has been lauded by pros all week, as it tends to be year after year at the Genesis Invitational. Some have said it’s the best they’ve ever seen this course. Max Homa called it the best course he’s ever played.

Perhaps one of the reasons this track is so beloved is because it delivers a most equitable winning score each year. Since the turn of the century, the winning tally has averaged a Goldilocks-worthy 12.55 under. Not too easy, not too tough. Sound like another course players adore? The last 20 Masters champions have averaged 10.45 under.

To this point, Rory McIlroy, Matt Kuchar and Adam Scott are all 10 under. Scott is approaching the green with his typical all-world class, McIlroy is doing everything well and Kuchar is putting his brains out. Harold Varner (9 under) is playing the McIlroy way, Russell Henley (9 under) is playing the Scott way, and Joel Dahmen (8 under) is getting by a lot like Kuch. Riviera is quite literally different strokes for different folks.

There was no greater example of a course that giveth and taketh than Dustin Johnson’s wicked third round. Over his last 12 holes, DJ made two pars, two bogeys, one double, six birdies and one eagle. Read that again. And after he tapped in for par on 18, what did DJ say? “I love this course.” He’s not alone.

Within the hour, Kuchar one-upped up with an adverb: “I absolutely love this golf course.”

Thankfully, Johnson provided more than just four words. “12, 13, 14, 15, 16, they’re all good holes,” Johnson said. “If you get out of position just a little bit, you can make a really easy bogey, but if you hit good shots, you can make birdie. So it’s difficult, but it’s fair and you’ve just got to take what you get.” Difficult but fair should be the weekly goal of PGA Tour course setups.

How often are legendary courses set up with such rave reviews from the competitors of a loaded field? It’s refreshing. As evidenced by firm, fast and fine Riv, both 64 and 74 are readily in play. Even Kuchar, who has led wire-to-wire thus far, got loose around the green on his back nine and returned home in 37. Homa torched the back nine Saturday en route to a 64 that was the round of the day until Hideki Matsuyama reached eight under over his first 15 holes. Riviera is, in fact, gettable. The best thing the Genesis Invitational has going for it is there is another full day of it. Fireworks are bound to happen.

Do they come from Johnson, who peaked here, winning by five in 2017? Maybe it’s Sung Kang (three back) who shot 31 and 32 on the front nine these last two days, avoiding the fairway most everywhere else. Homa is the hometown kid who grew up 20 miles away. Sixteen players are within four shots of the lead.

The focus, no doubt, will be on Rory, Kuch and Adam, three players good enough to be in the one-name club most of the time. But with Riviera’s hilltop first hole being the most gettable on the property, those guys just might lose the lead on the practice green. For them, something like 70 could be really good, or it could be four shots shy of a victory. When Princess Riviera wakes back up Sunday morning, we’ll find out what kind of mood she’s in.