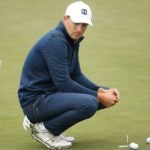 Jordan Spieth is still looking for his first victory since 2017.

Spieth enters the PGA Championship at TPC Harding Park coming off a T30 at the WGC-FedEx St. Jude Invitational, which came two weeks after his T13 at the Memorial. He’s still winless since his last major title, which came at the 2017 Open Championship.

GOLF Subpar hosts Drew Stoltz and Colt Knost recently sat down to preview this week’s PGA, and Knost, who knows Spieth and his game well, was asked about Spieth’s chances in San Francisco.

“I’m obviously a huge Jordan Spieth fan and I want to see him do well, and it would be amazing to see him get the career grand slam, but I don’t think this place sets up very well for Jordan, just considering how much he’s struggled with the driver this year,” said Knost, who is on site for his gig with CBS Sports. “From what I’ve seen in the yardage book it looks like they’ve brought these fairways in a ton. You’re really going to have to control your ball off the tee and that’s just something he’s not doing that great right now.”

“But the way Jordan putts it and the way he scrambles around the greens, anything is possible, and he’s one of the biggest bulldogs on the PGA Tour,” Knost said. “When the gun goes off in a major championship he seems to always stick his nose out there.”

Will Spieth be the sixth to complete the slam? We’ll find out soon. Spieth’s first round begins on the 10th tee at 11:22 a.m. ET on Thursday. He’s grouped with Dustin Johnson and Justin Rose.

You can watch the entire PGA preview Subpar episode below.