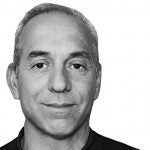 If you’re in the biz, you certainly know the name John Mascatello, and if you’re not, you likely don’t. He was a lifer, to the degree that half your life is a life. He was a prominent golf agent for 30 years and died over the weekend at 61. Lean and fit, a husband (30 years) and a father (three children), an avid, chase-it-down tennis player. Still, that cancer. The invisible blob that runs in some families. Throat, in remission; later stomach.

Mascatello and his people — he referred to junior staffers as colleagues and rising agents as partners — represented John Daly and Roger Maltbie and Scott Verplank for decades. The firm he oversaw, the golf side of Wasserman, has Matthew Wolff, Rickie Fowler, Viktor Hovland. It’s a big business. Golf hasn’t been a cottage industry since the advent of the Big Bertha driver. But Mascatello treated golf as a small business. If a reporter called him, in good times and bad, he called back. He made a lot of calls. You try representing John Daly.

Daly loved him. Raja, the same. One of his main rivals, Mark Steinberg, ditto. “He was respected,” Steinberg said on Monday by text. “Deeply respected. His clients loved him. His staff adored him. The golf industry was better with John.”

The PGA Championship used to be played in August, as everyone knows. Thirty years ago, summer of ’91, Daly was a Razorback with a mullet. A long-drive guy from Arkansas knew Daly and knew Bud Martin, Mascatello’s buddy and partner in a fledgling golf company called Cambridge Sports. So preppy. Like two guys from Israel with heavy accents who started a real-estate company called Bell & Murphy. They signed Daly.

Daly won the PGA as a walk-on. Golf had never had a Daly before. Mascatello had an MBA and JD from American U. Well, now he had two JDs. Knowing your way around the library wasn’t going to help you manage Daly. (Daly’s name for Tiger: BJ. That is, Black Jesus.) You had to know people. Mascatello knew people. That was his stock-in-trade. He never became a corporate stooge, even as Cambridge became part of SFX and later Wasserman. He got rich, but it seemed more like a byproduct of doing the thing he loved.

If you saw him at Memorial, at Honda, at a U.S. Open, Mascatello had a big leather gym bag on his back, hanging off his shoulder by a strap. Forty pounds of life was in that bag. The phone book’s in here somewhere. He’d watch Golf Channel through the night, looking for some kid he heard about who had qualified for a tournament in Japan. He was a talent agent and a life manager. It’s cut-throat, identifying rising talent, signing that talent, managing that talent. It’s competitive. Everybody in golf knew that Mascatello was competitive. Nobody called him cut-throat.

One of his colleagues, Terry Reilly, is the father of a nice little player named Logan. Logan just graduated eighth grade. Mascatello had a running joke with the father: “When he turns pro, Bud and I are going to represent him. We can’t have the father in the room, negotiating the deal.”

Everybody in golf knew that Mascatello was competitive. Nobody called him cut-throat.

Reilly described the 150 text messages he received on Sunday and Monday as the word of Mascatello’s death spread through golf. There was a running theme in the missives: John was tough, but fair.

In their first 15 years together, as they were building the business, Mascatello and Reilly would often share hotel rooms at tournaments. Saving money was part of it. The bigger part was watching sports on TV late into the night, talking about life all the while. From Mascatello, Reilly learned the art of the chase (be there), the art of relationship maintenance (the other person first), the art of the deal (leave some meat on the bone), the art of conversation (think before you speak).

John Mascatello let the players play, the caddies caddie, the writers write, the sponsors sponsor. He encouraged people to do their thing, the best they could. He was on the rope line, making things better.