Mark Broadie: Here’s who is the biggest bomber of them all 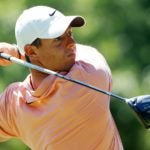 Rory McIlroy is among the Tour's big bombers.

Winners get the glory, but make no doubt, bombers grab our attention. The long-ballers, who do things off the tee the rest of us can only dream of. But who really deserves our adoration? You can take a look at current driving average stats, but those fail to take into account a player’s decision to lay back, play a conservative fade, pull 3-wood, etc. To see who’s really sending it, my team and I took a new approach: looking at the longest drives hit each week, assembled into a new stat we call Bombing Distance.

Using PGA Tour ShotLink data, we took the three longest drives hit by every player that landed in the fairway (because rough and sand negate roll) and measured them against the field, which is corrected for ever-changing course conditions. The resultant rank included a slew of familiar names, including Rory McIlroy, Dustin Johnson, Bubba Watson and Justin Thomas. Tour sophomore Cameron Champ, however, topped them all, with his biggest drives averaging more than 42 yards longer than the field. Forty-two yards!

A snapshot: On the 15th hole in the final round of the Sentry Tournament of Champions, Champ crushed his drive 82 yards — almost a full football field — past the field average. En route to his second Tour win at the Safeway Open last year, Champ nearly drove the green at the 363-yard 17th in round 3, a poke that was 81 yards longer than the field.

In addition to pure bombing data, it’s interesting to look at players who are getting longer each season. Justin Thomas, for example, picked up 7.9 yards between 2019 and 2020. The biggest gainer was none other than Bryson DeChambeau, who ranked 45th in Bombing Distance in 2019 (20 yards longer than the field) but jumped to 9th in 2020 (30 yards longer ).

How did he do it? In the off-season, DeChambeau transformed his physique, putting on 17 pounds of muscle with a 4,000-calorie-a-day diet and working out three to four hours per day. His ball speed now tops out at more than 200 mph, though he plans to play closer to 190 mph. If DeChambeau, already one of the longest drivers on Tour, can substantially increase his distance, maybe there’s hope for the rest of us.