Who hits more fairways — straight-ball hitters or guys who curve it?

You’ve probably seen the tracer path of shots on golf telecasts. Often, you’ll also see additional information about the launch (ball speed, clubhead speed or smash factor) and trajectory (apex and curve of the drive). The PGA Tour collects radar launch and trajectory data on two holes per round. I used this information to dig into the connection between a player’s curve on their drives and their overall accuracy numbers with an obvious, burning question in mind: Do shot-shapers find the short grass more often than straight-hitters? Planning to hit your drive straight every time is difficult, so conventional wisdom would suggest that players with a consistent shot shape would hit the most fairways. The answer surprised me and some coaches with whom I shared the results.

For a player’s driver curvature, I computed the curve of each drive in feet, where a bigger number indicates more curve, independent of whether the ball moves left-to-right or right-to-left. This is the same curve calculation that you see on TV. A player’s driver curvature is the median (or middle) value of these curve numbers for the season. For a player’s accuracy, I looked at fairways hit relative to the field adjusted for course conditions (e.g., so players are not rewarded for playing on courses with wide fairways). We computed accuracy using tee shots on all par-4 and par-5 holes (not just the two holes with radar measurements).

So far in the 2019 season, the players who curve their drives the most are Andrew Putnam, Phil Mickelson and J.B. Holmes. At the other extreme are players whose drives typically fly as straight as a string. The 2019 leaders in minimal curvature are Ryan Armour, Jim Furyk and Chez Reavie. 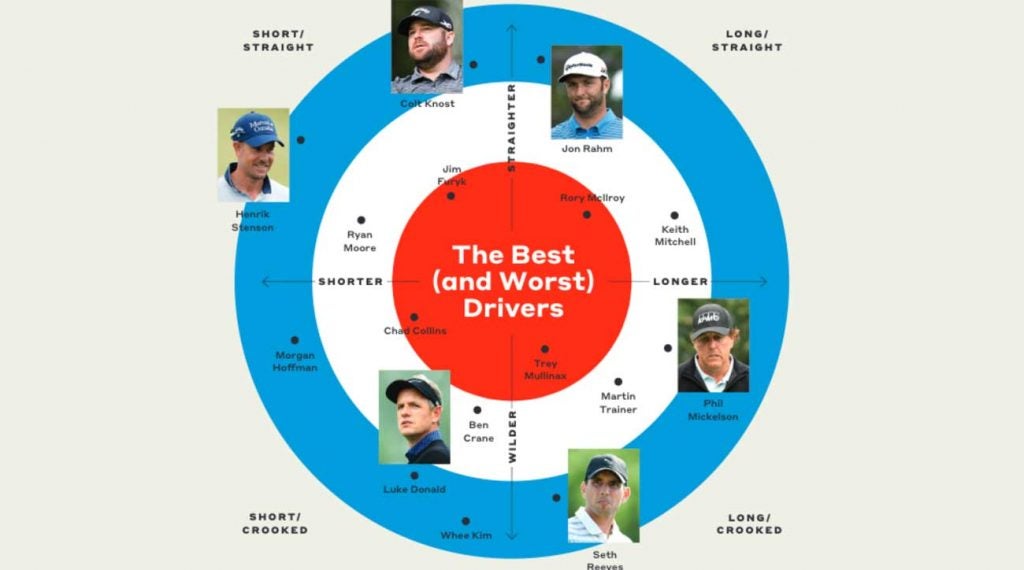 Use this driving matrix as your viewing guide.

To see the connection between curve and accuracy, I computed the correlation of these values across players. Guess what? The correlation was negative 40 percent, which in plain English means that players who curve their drives less tend to hit more fairways! (For the stat geeks out there, the negative correlation result holds up even after controlling for drive distance.) For example, the big curvers, Putnam, Mickelson and Holmes, hit eight percent fewer fairways than the field.

The least-curve group of Armour, Furyk and Reavie hit 13 percent more fairways than the field, a significant statistical difference between the two groups. The correlation isn’t perfect (there are always exceptions to the rule), but results are results: Straighter shot-planning can be your ticket to a few more fairways. 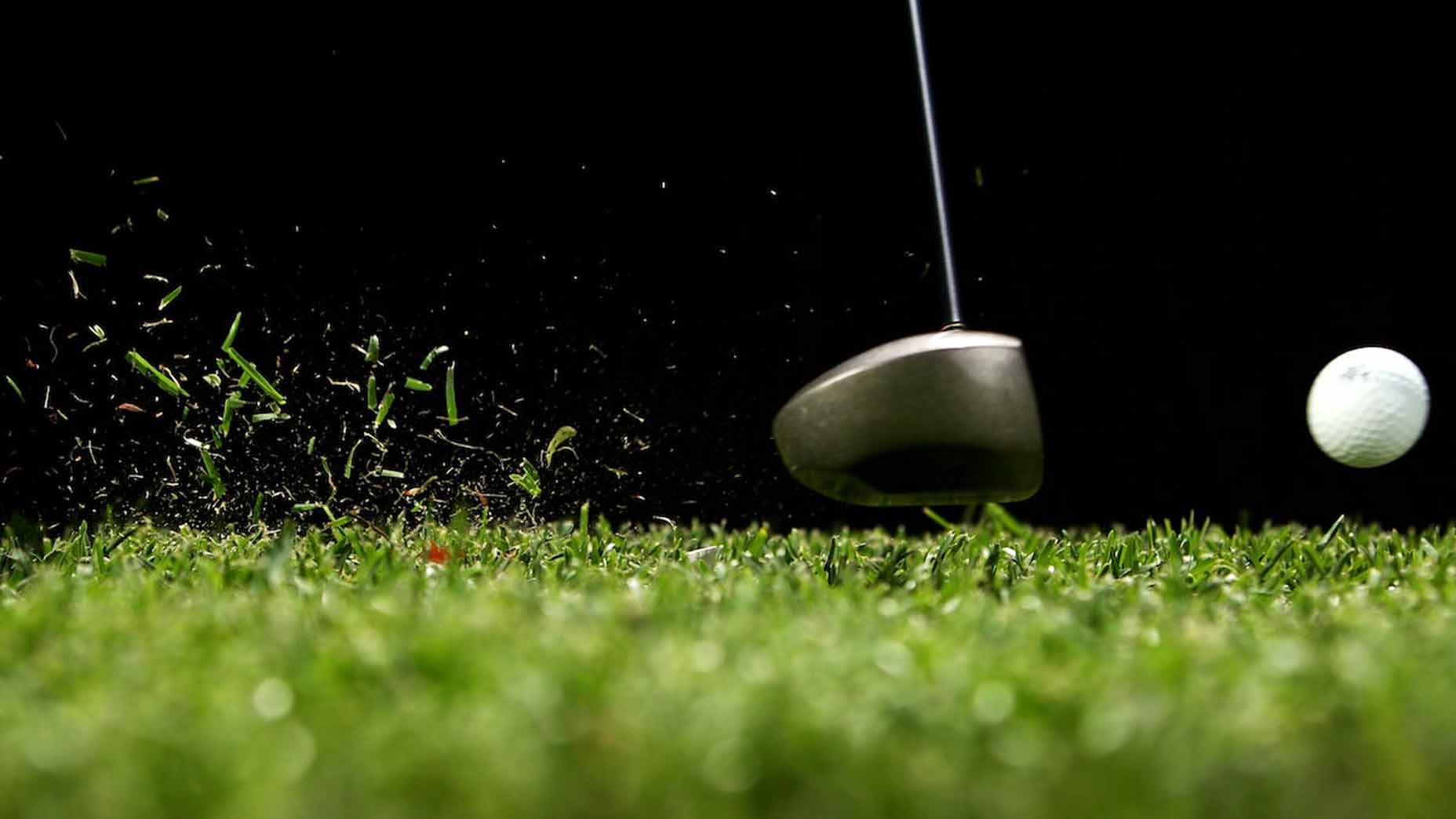 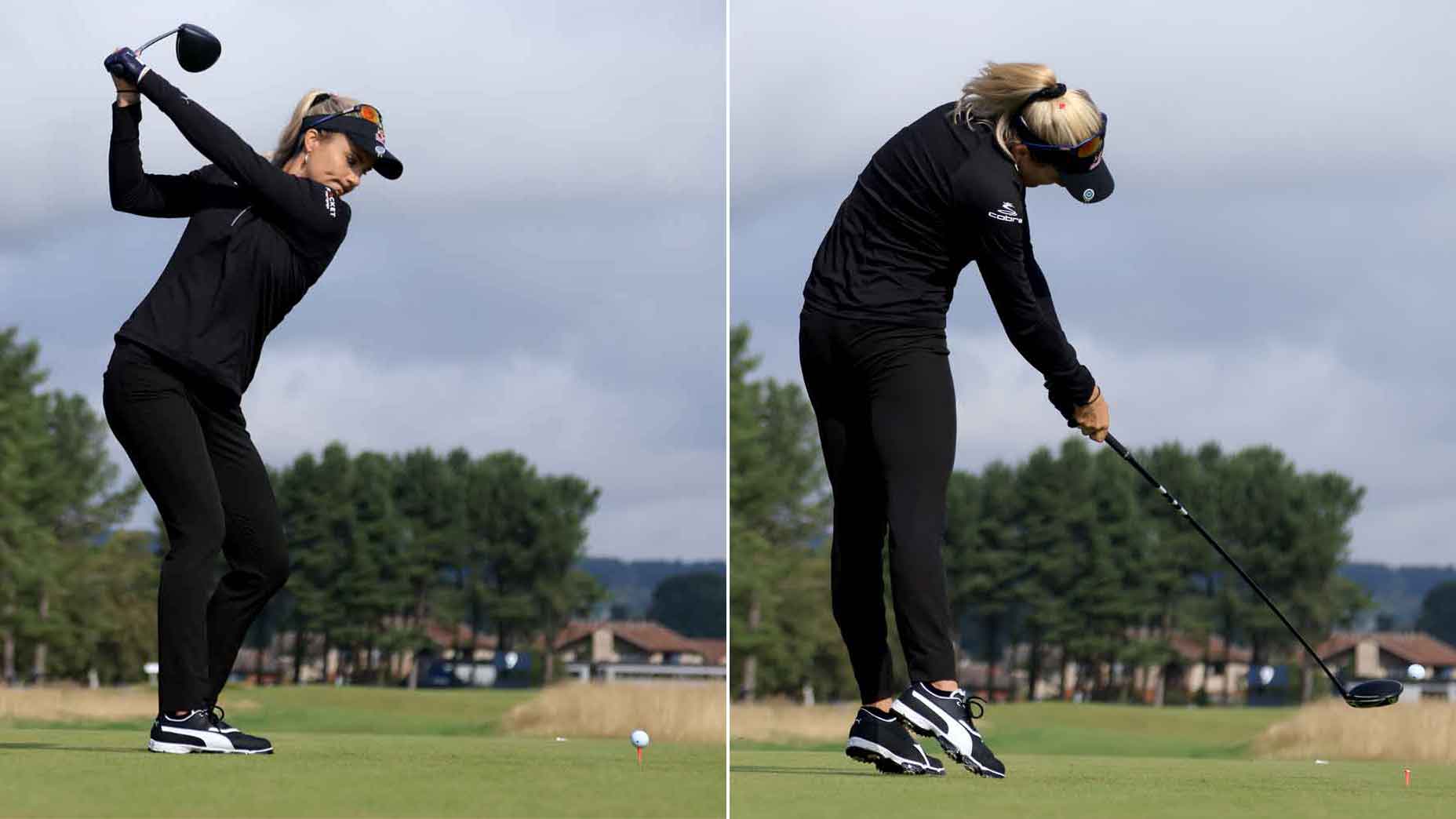 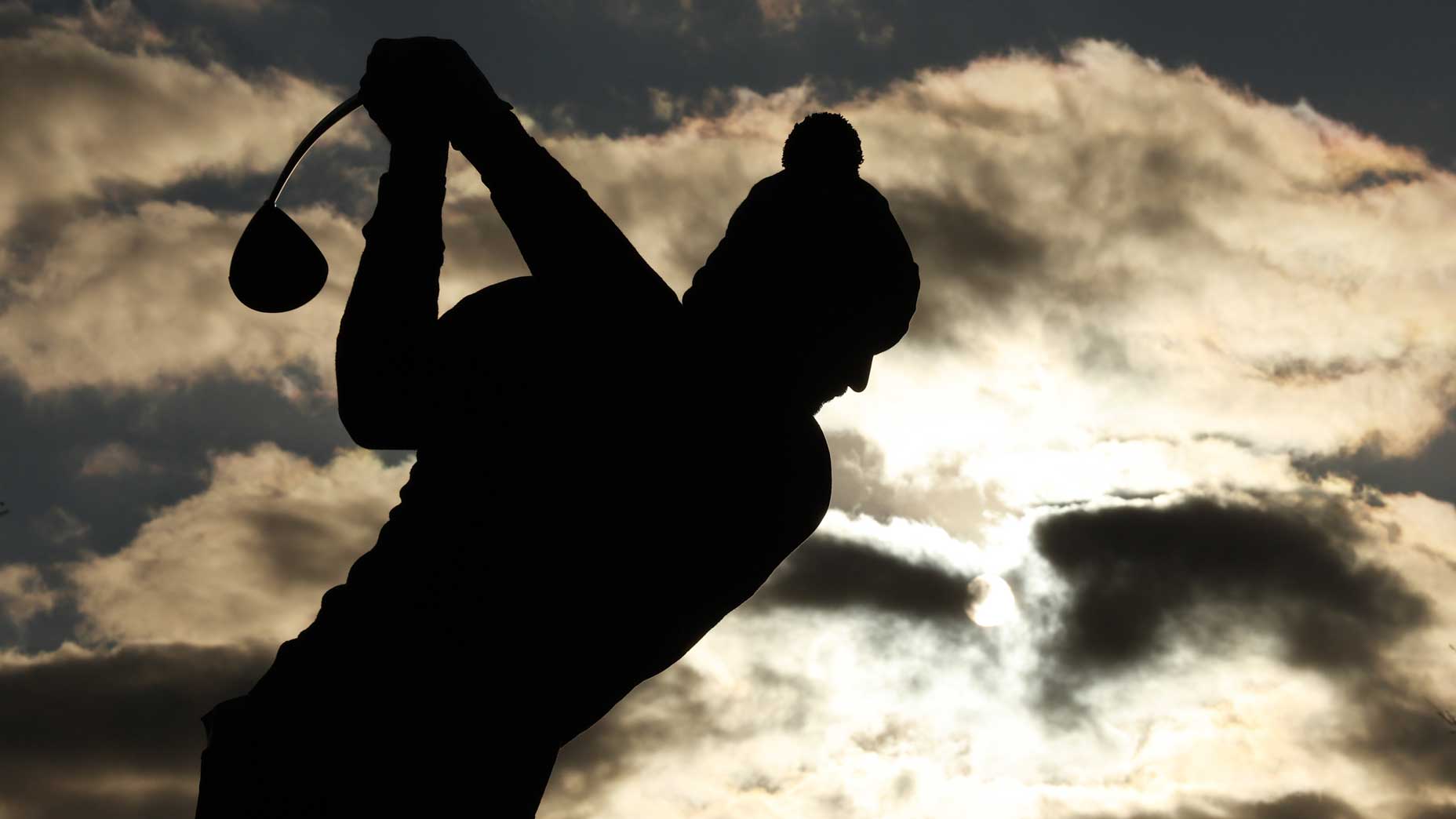 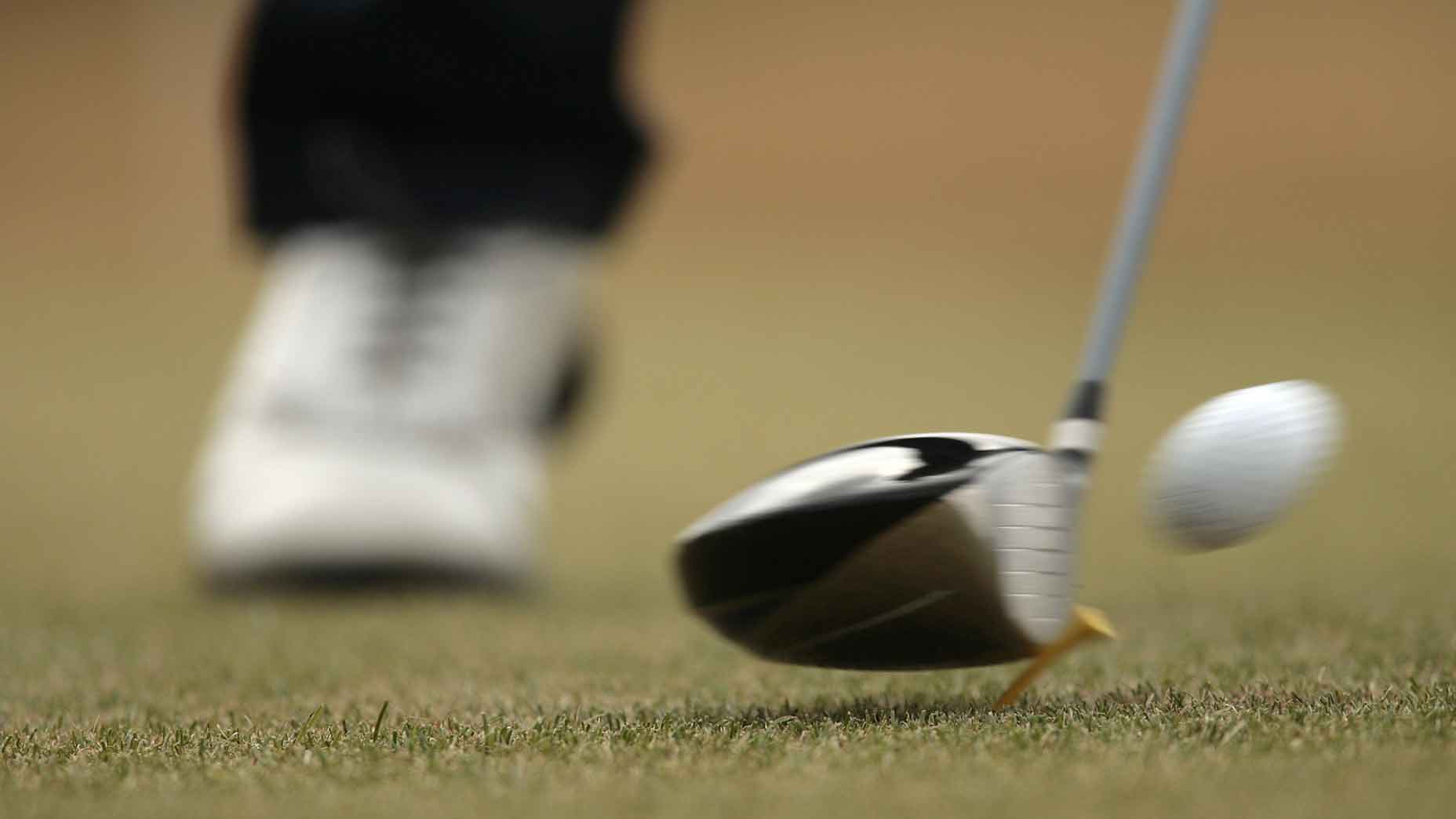 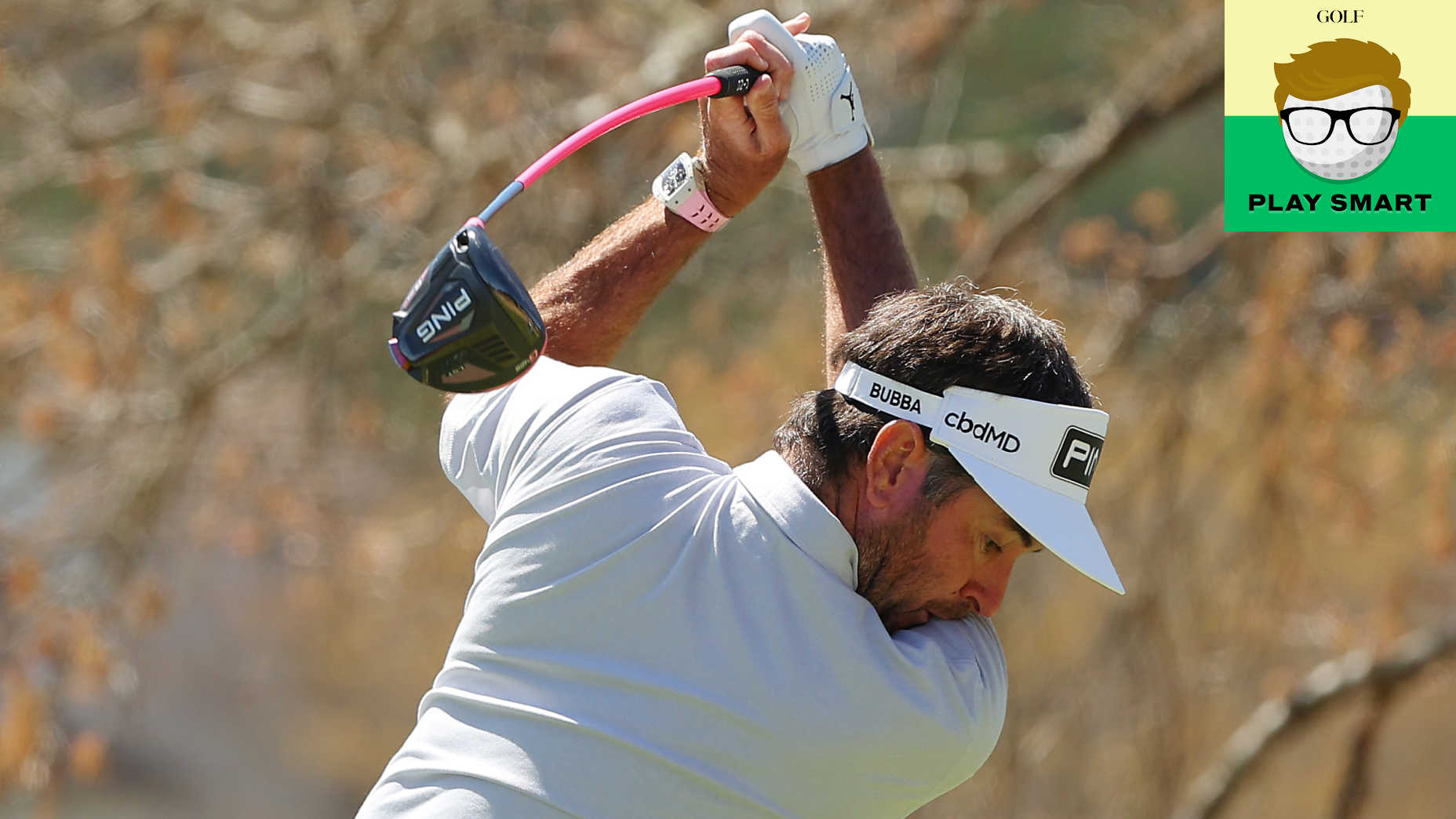