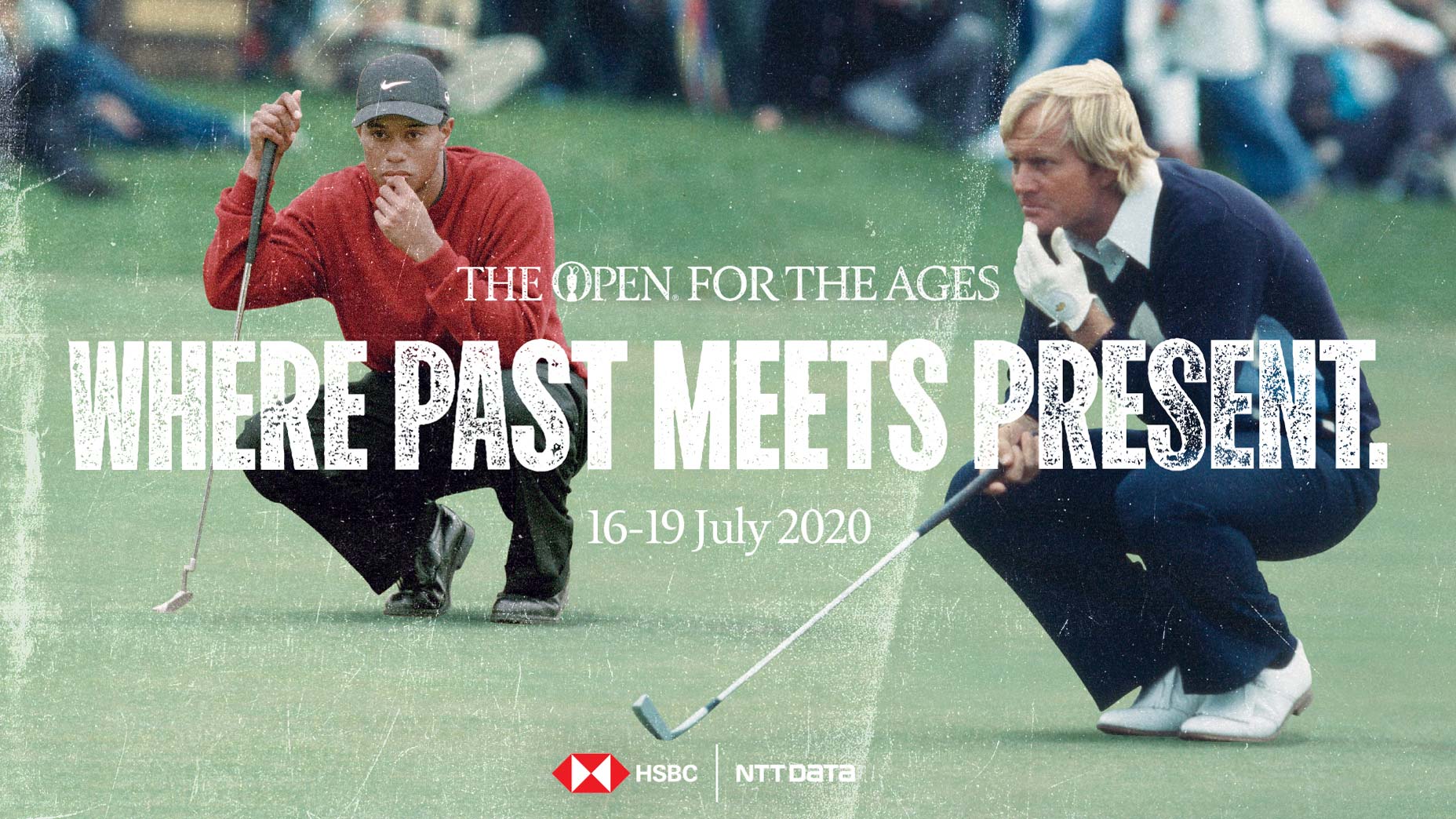 The Open for the Ages answers one of golf's great hypotheticals.

As bold ideas often do, this one began on the outer reaches of plausibility.

It was early April and the R&A had just canceled the Open Championship for the first time since World War II. A major championship-sized gap had opened in the middle of July, and it was up to the organizers to fill it.

On a conference call, R&A staffers birthed an idea — use 50 years of archival footage to answer one of golf’s ultimate hypotheticals: Who would win an Open Championship contested by the greatest golfers ever? Using the footage (and some editing magic), the R&A could create a realistic “broadcast” featuring players from different eras competing against one another, eventually crowning an all-time champion.

Malcolm Booth, the R&A’s director of sales and marketing, remembers asking his colleague, Paul Sutcliffe, “Is this even possible?”

And so, with more than a sliver of doubt, The Open for the Ages was born.

For Sutcliffe, who is the R&A’s head of content, and Booth, first came the “obvious choice”: selecting a venue. The group quickly settled upon the Old Course at St. Andrews, a decision as much tied to the course’s history as to the volume of footage it provided.

“Our venue changes year over year, but over those 50 years, there have only been nine championships at St. Andrews,” Sutcliffe said. “So we had nine championships to take footage from as opposed to what would have been four or five for any other venue.”

Then came the hard part, sifting through roughly 250 pieces of archival footage to collect highlights from the likes of Tiger Woods, Seve Ballesteros, Arnold Palmer and more than 20 other current and former stars.

The goal was to find a complete round from each player to make the broadcast feel authentic. For most players, the R&A’s archival footage contained everything the editors needed. For others, like Jack Nicklaus, lost or incomplete footage commenced a search straight out of Indiana Jones.

“We were contacting everyone under the sun to try and find it,” Sutcliffe said. “Finally, Jack’s manager came back with photographs of VHS tapes from the 1978 broadcast. “

When Booth heard about the tapes, he typed out a GroupMe message to the R&A team:

“Is this the holy grail?”

Twenty-four hours later, the tapes arrived from Nicklaus’ team. Disappointingly, they were mirror images of the footage the R&A already had.

Eventually, the R&A team identified a sufficient amount of footage of each player. But before they could begin editing, they had to first choose a winner.

Tempting as it may have been to select one arbitrarily, Booth and Sutcliffe devised a two-pronged plan to fairly select a champion. An anonymous fan survey through R&A social channels made up 60 percent of the vote, while the results of a statistical model developed by NTT Data determined the remaining 40 percent.

After the results were calculated, the R&A team produced an artificial leaderboard, plugging in scores from each player over each of The Open for the Ages’ final 18 holes.

“That might have been the most complicated thing from my perspective,” Sutcliffe said. “We have the full score for 20 players for 18 holes, so we essentially have to code 360 scoring actions with timecodes against the day so that the players move through the field like they would in a golf broadcast.”

From here, the editing process ping-ponged between selecting highlights and ensuring the producers had ample space to reach each player’s artificially generated final score.

“For Rory, we’ve used this 2010 round where he shot 63,” Sutcliffe said. “The scoring and the shots you see in that round will be the same as you would’ve seen in the broadcast. That then gave us the challenge of creating a scoring system over the three days that preceded to make sure Rory started the round in a place that finished him in a position that was true to the fan vote and the scoring data.”

After the story was compiled, the R&A sent off the rough cut for digital correction, where each shot was carefully altered to provide a common appearance and feel. Editors swapped the color of grandstands and the pigment of the grass and removed other players and obstructions from the images. They also created graphics similar to shot tracer, adding a unique layer to much of the archival footage.

“Right from the start, I was asking ridiculous questions like ‘can we turn the grandstands blue? Can we remove the players?'” Booth said, laughing. “I was blown away by what the graphics team was able to achieve around the footage. It’s just unbelievable.”

Then came the commentary team — Nick Dougherty, Ewen Murray, Iona Stephen and Butch Harmon — to provide a soundtrack for the event. The four recorded the telecast live-to-tape, three in separate sound studios and one out in the field (Dougherty and Murray in London, Harmon in Las Vegas and Stephen adding on-course reporting ‘as-live’ at the Old Course). Before the broadcast, none were privy to the winner or any of the program’s content (save for their own memories of Opens past).

In all, Sutcliffe estimates the team of editors at IMG Productions spent more than 1,000 hours tweaking The Open for the Ages. Even more impressively, most of the editing was completed remotely, with England and Scotland under strict quarantines.

“Every Friday the program got sent to me and Malcolm (Booth) and then our weekend was pretty much going through it and providing notes,” Sutcliffe said. “The logistics of trying to do that in lockdown (were difficult). I’ve got dial-up speed internet.”

Three months later, Sutcliffe, Booth and the R&A team are prepared to bring The Open for the Ages to life. The broadcast is fast-paced, it’s entertaining and, most impressive, it’s believable.

“We tried to do it as if it were an authentic final-round broadcast,” Sutcliffe said. “The idea is that the viewer should watch and hopefully forget that they’re watching something that is essentially a work of fiction. To really immerse themselves in it and buy into it a little bit.”

Fans can follow along all week on a live leaderboard on the R&A website and catch three days of 10-minute highlight packages streamed to the Open Championship’s YouTube channel. The weeklong coverage will be followed by a full, three-hour final-round broadcast carried on Golf Channel in the United States and streamed online for international audiences.

Sutcliffe, Booth and the R&A team of a half-dozen producers and editors know the final product isn’t a real Open Championship, but perhaps that’s an unfair measuring stick.

The group (including a dozen more R&A employees in social media, marketing and sales) have worked tirelessly for three months to produce something meaningful out of nothing. To that end, they succeeded.

“Of course, you have to suspend your belief,” Sutcliffe said. “People know this isn’t a real thing, but at the same time I think we’ve done a really good job of making it feel like it could be.”