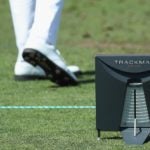 James Leitz used a little "Cajun psychology" in his teaching.

This essay was adapted from Brett Cyrgalis’ book, “Golf’s Holy War: The Battle for the Soul of a Game in an Age of Science” (Avid Reader Press, May 2020). It’s available for purchase here.

Being Tiger Woods’ coach always held the mantle as the most important and distinguished instructor in golf. So when Sean Foley held that title in 2012, he gave a presentation to the Illinois PGA at a sleek convention hall outside Chicago. Joining Foley on stage was James Leitz, a lumbering man of Creole sensibilities, living his whole life hard against Lake Pontchartrain.

Foley had called Leitz out of the blue less than a year earlier, having seen a video on YouTube where Letiz explained the dense idea of the “D plane.” It helped to understand complex ball-flights laws, like why the divots always went left and the balls went straight when a young Foley would go set up camp behind the short par-3 15th hole at Glen Abbey during the Canadian Open. These laws had come to the forefront with the advent of omnipresent TrackMan machines, and one sat in Leitz’s garage hitting bay back at Pinewood Country Club in Slidell, Louisiana, under his desk that was piled high with four computer monitors and every other assortment of technology one could imagine.

On stage, Leitz and Foley were like Abbott and Costello with wireless microphones. Most of the pros in the audience zoned out as Leitz talked through his PowerPoint projections of graphs and numbers, but when Foley said the word “Tiger,” they all snapped back to attention. That’s the way it went for the two coaches on their little tour dates, and they became the most sought-after acts in a strange and self-sustaining genre of scientific golf instruction.

Leitz had a unique, modern approach that got him onto the list of the Top 100 teachers as named by GOLF. But just as that strange old book of scientific bedrock, The Golfing Machine, had only few certified instructors and was used more as a tool, the same went for people such as Leitz. He was at his best in breaking down dense ideas to make them relatable, and so he drew a certain type of student, many of them fellow teaching professionals such as Foley.

The people who are drawn to this type of information harbor a deep intellectual curiosity. Once the why and the how are explained and understood, then improvement should be an easy next step. In this world, knowledge is all the power needed to implement change.

To be close to that knowledge was to be close to the power of the game, so people were drawn to Leitz. Foley took most of the questions at that presentation in Illinois, answering countless inquiries about his work with Tiger. But Foley often brought Leitz into the conversation, giving further insight into the scientific explanations.

Leitz returned from that trip to a predictably full lesson book. One scalding hot afternoon, he poured himself into his two-door, manual-transmission sports car and drove a visitor to a local restaurant for lunch. In between exclaiming his love of physics, he was greeting and chatting with everyone who passed by. Before he could even order, the waitress came over and placed crabmeat au gratin, red beans and rice, and a plate piled high with fried oysters, fried shrimp, fried catfish strips, fried potato hush puppies, and two slices of buttered toast on the red-and-white-checkered plastic tablecloth. In a flurry, it all disappeared.

Leitz then returned to his teaching shack for an informal lesson that started late and ended later. As the shadows lengthened, in walked a friend named Ron Hickman and his wife, Pippa, wearing a smart white golf skirt and collared tank top over a slight frame, her blond ponytail popping through the back of her white visor. Everyone was chatting and laughing while Pippa hit some balls.

Directly behind the hitting area was a video camera on a tripod facing down the proposed target line, and the motion it captured was immediately displayed on the left half of all four computer monitors. There was the slightest delay, maybe one second, so watching someone casually walk past was like seeing life on replay. In this temple to the objective, reality was a sequence of moments. There was no mystery, no guessing, no such thing as the indescribable. Here, life was precisely represented by machines and physics and geometry. There were no lies, and the truth was plastered in pixels on the screens and in the psyches of those who walked out.

“My job is to get you to hit the shot the way you want to!” Leitz exclaimed, which was how he said almost everything. “It’s like crack cocaine—you’ll keep coming back!”

Leitz couldn’t help himself, looking up at the numbers every time Pippa hit one. She pulled out a driver and started sending balls out in the beautifully purple sky. She didn’t generate enough clubhead speed to hit shots far off line, but two consecutive shots flew low and right.

Leitz looked up to the screen and saw that the last one flew 138 yards, with the club approaching the ball at a descending angle that was to the left of the target line. Pippa leaned on her club as Leitz pulled out a white three-ring binder, flipped to a laminated page with a chart of numbers on it, dragged his finger over to a certain column, then down to a certain row, and lightly tapped the box he was looking for. It had the exact attack angle, swing path, launch angle, and spin rate that would maximize distance through carry and roll for Pippa’s clubhead speed. He explained to the room that to maximize distance, she needed to hit up on her driver and out to right of the target line. Understanding that information was Leitz’s proprietary knowledge, and his lessons were mostly his just translating it.

“So now, sweetie,” he said as he tossed a ball from his seat behind the desk, “go ahead.”

Pippa teed it up, waggled just enough, and crushed one with a high, right-to-left flight. Leitz hardly smiled and looked at the screen, where it said that her exact same eighty-one-miles-per-hour clubhead speed produced a ball that now flew 174 yards.

“If my fly is open because I’m too fat,” Leitz explained, “should I go out and get bigger pants, or should I just lose some weight? Hell, I gotta go out in the world!”

“Now that’s Cajun psychology!” Hickman cackled. “Do they have that in New York?”