The numbers don’t lie. At just 25 years old, Cameron Champ has quickly morphed into the most dominant driver of the ball on the PGA Tour. In 2019, Champ averaged 317.9 yards off the tee, ranking No. 1 in driving distance. At a slender 6 feet tall and 180 pounds, and with a waist his instructor Sean Foley says is probably on the short side of 29 inches, Champ generates that distance with ridiculous swing speed: 128.01 miles per hour (also No. 1 on Tour) on trusted Trackman reports. That velocity produces an average in-tournament ball speed of 190.7 mph off the tee — seven miles per hour faster than any one of his peers on the pro circuit. So how does he do it? In his own words, Cameron shares his five keys to send it deep. 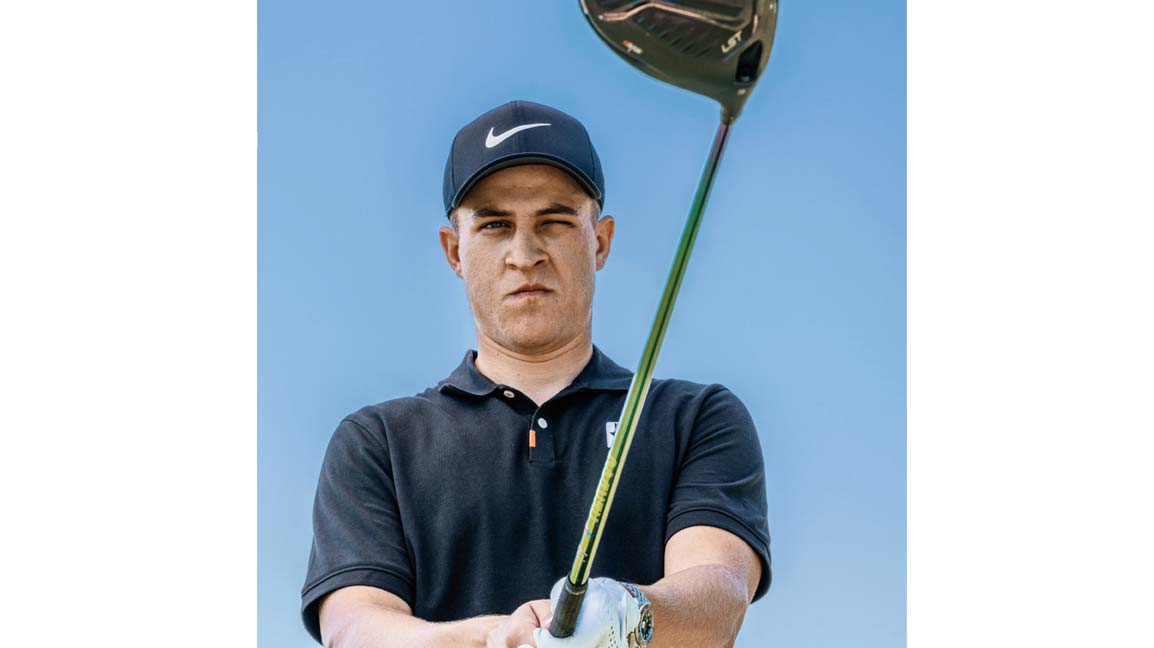 1. Know your shot shape and visualize it

When it comes to hitting it long off the tee, I always go with my normal shot shape. When I’m driving the ball well, I play a slight draw, so no matter what the conditions I’ll always stick with that natural shape. When I veer off from that mindset, I start missing it both ways and we know how the two-way miss can cripple even the best drivers in the world. I’ll pick a small target where I’d like my ball to end up and try to visualize my shot shape — seeing a slight draw — and go with it.

I think getting off the tee is the hardest part of the game for recreational golfers. I’ve seen many weekenders fight their natural shot shape. I have a friend whose ball flight is a big cut. He aims down the middle of the fairway every time and he’ll drive the ball into the right rough or woods. I finally said to him, “Why don’t you just play the cut? Aim up the left side of the fairway and hit your normal shot.” He started doing that and immediately was hitting more fairways.

Know your shape. Then visualize it and own it. Easy. 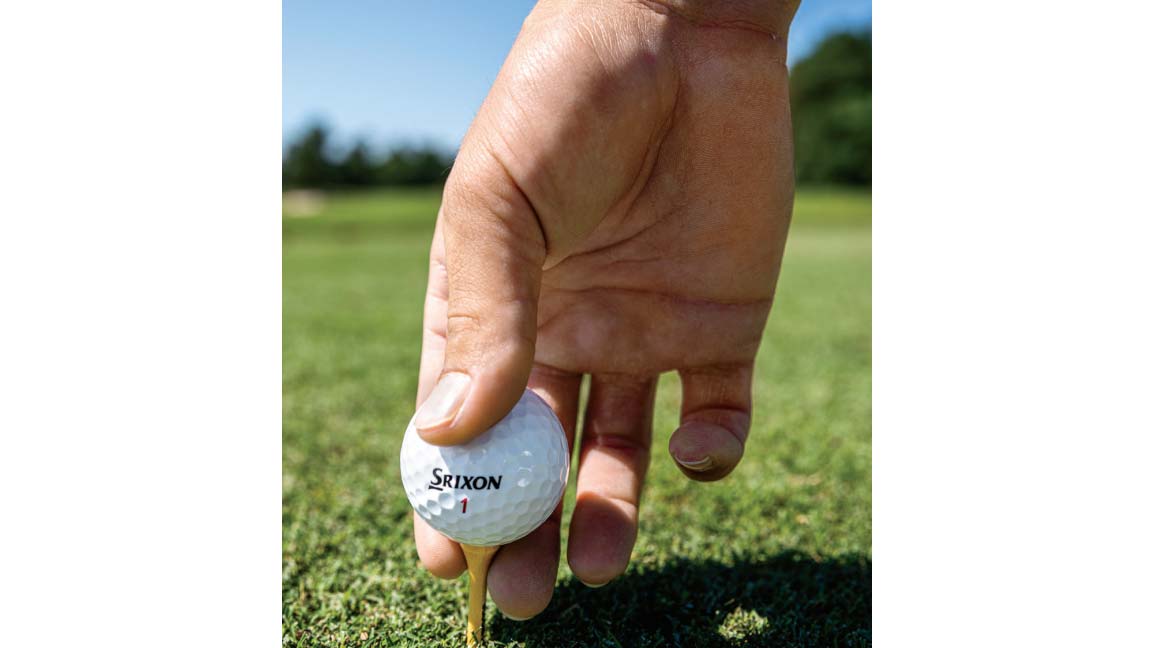 2. Tee the ball at the correct height

We’ve all heard the saying “Tee it high and let it fly,” but for me teeing my ball lower is a key to finding more fairways. Ninety percent of the time I peg it about an inch and a half above the ground. The low ball flight is much more consistent for me and because the ball isn’t in the air as long, it has less time to move.

Sure, the ball would fly farther if I teed it up higher, but I’ve found that my total distance is the same because I get so much roll-out. I’ll tee it half a ball higher if I have a drivable par-4 and I want to carry it farther and land it with less roll, but most of the time I tee it low and see it roll. Recreational golfers looking to find more fairways should try teeing it lower. I bet they’ll actually gain more distance off the tee.

“Cameron could easily fly the ball 340 yards, but he’d lose accuracy,” says his instructor, Sean Foley. “Instead, he carries the ball 310 yards and then gets 40 yards of rollout because his landing angle is 20 degrees.” 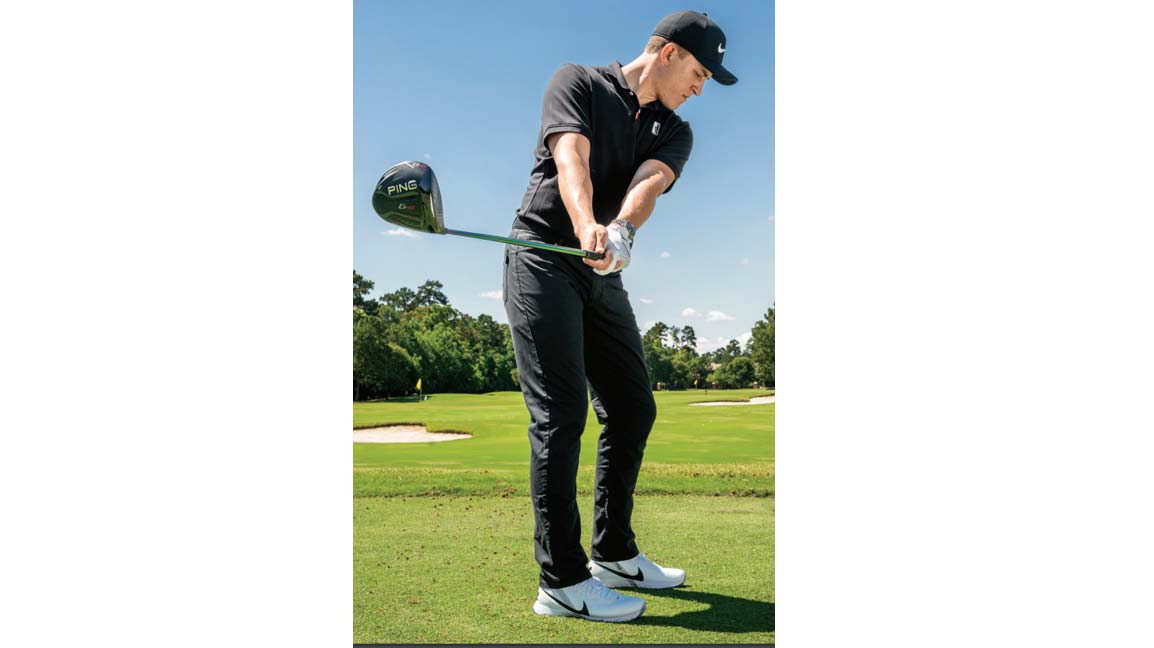 3. Get wide early for speed where it counts

Speed starts at the beginning of your swing. Whether you can whip it 80 miles per hour or 120-plus like me, the key to generating ball speed is creating width in your takeaway. I see a ton of recreational golfers who struggle to create a full turn or rotation. That problem starts during the takeaway. Many golfers just pick up their driver and turn their shoulders. To create maximum speed, you have to create maximum width. This is something I work on a lot.

Try taking the club back almost as far out as you can, creating that width. Naturally, your body will want to turn with you. This will create more speed when you come down from the top. 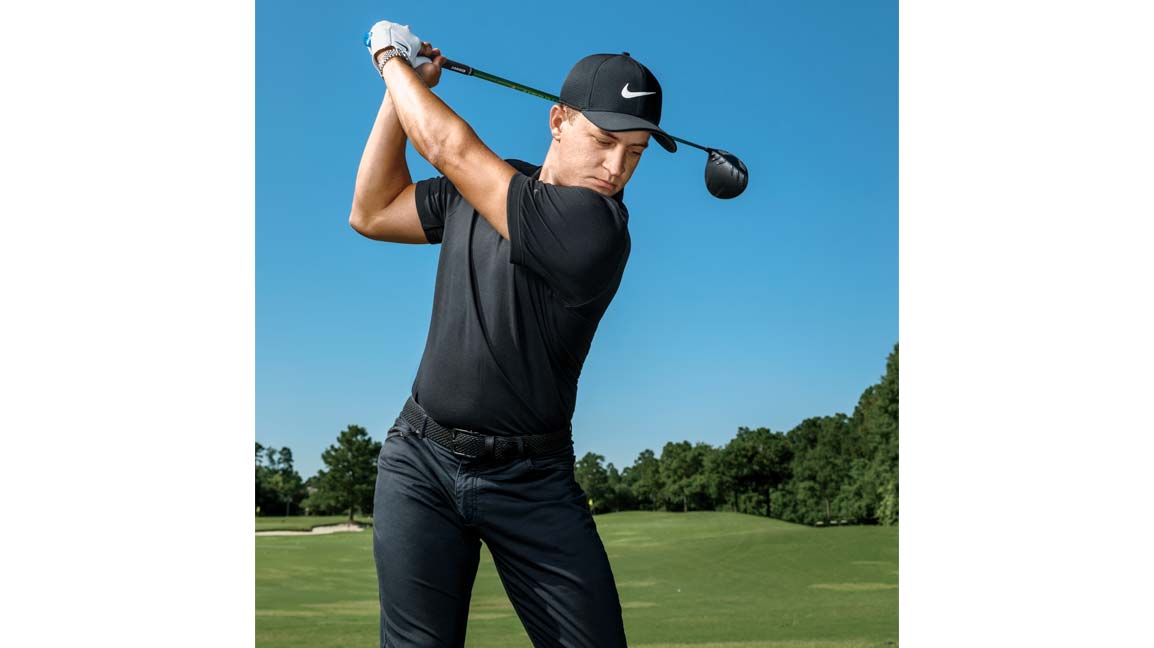 4. Rotate everything at the top

I’ve played in dozens of pro-ams over my career and one common mistake I see amateurs make is that they forget about their lower body. They’ll make a big turn with their upper body but keep their lower body still. I like to make a complete body turn. I know all golfers may not be as flexible as I am, but even the most inflexible player can make a turn to some extent. Use your hips, legs and shoulders. Make a full turn, or as full as you can, before starting your downswing. 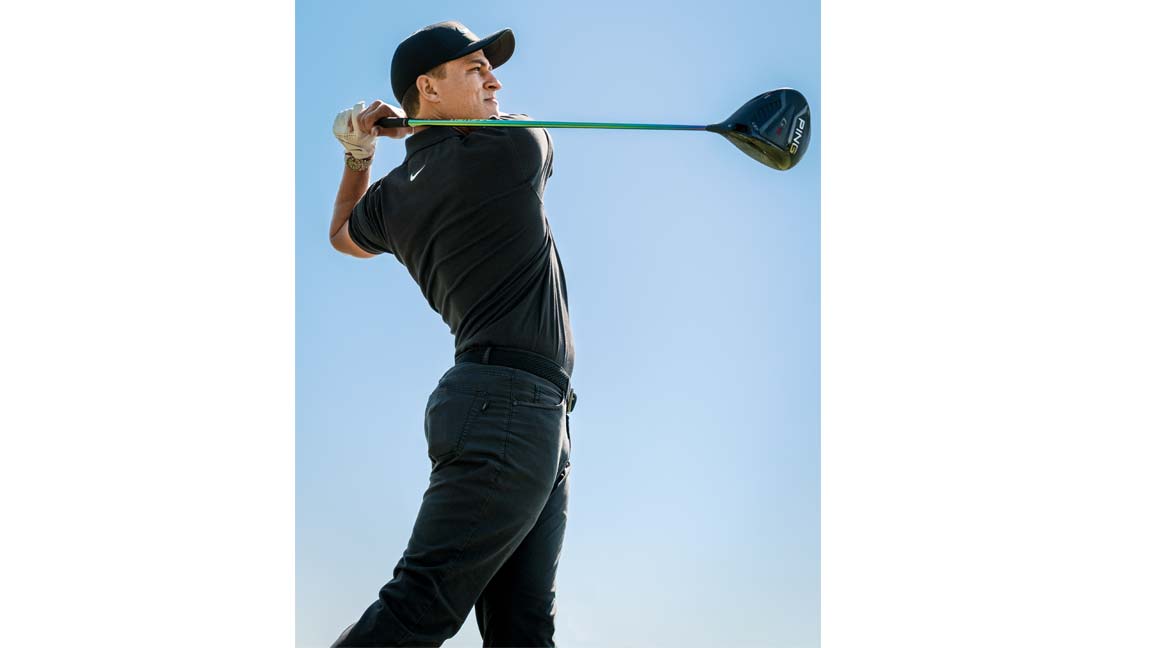 5. Get your hips out of the way

Equally as important as the rotation to the top is a full rotation from the top on down. This is done with our hips. Almost all long hitters fully “clear” their hips on the downswing, and do it so aggressively that the club ends up “lagging” behind their body. Sergio García has been the poster boy for this move for years. Other examples: Rory McIlroy and Brooks Koepka … their hips are rotating super-fast and the club is behind them.

Tip: Once you get to the top of your swing and you’re ready to start back down, feel like you’re rotating your hips as hard as you can. That will create the lag. Lag creates speed, and speed creates power.

“Cameron uses the principle of elastic energy to create his speed,” Foley says. “He basically turns into a slingshot by rotating his lower body. The elastic recoil is where his true power comes from.”