These 10 mistakes will drive any golfer mad.

There’s nothing I hate more in golf than an unenforced error. When I told that to my colleague Sean Zak, he ‘well actually-ed‘ me by pointing out that technically every error in golf is an unforced one, which I suppose is true.

But the way I think about it, there’s two different kinds of bad outcomes in golf: There’s the bad shots that just kind of happen, because that’s golf. Maybe you put a bad swing on it, or maybe you hit the shot exactly the way you wanted to an it didn’t turn out well, because again, that’s just golf.

This article is not about those kind of mistakes. This is about the other ones. The shots that should’ve been good shots, but weren’t because of some annoying, stupid lapse of concentration. Golf’s truly unenforced errors.

1. Missing a green with a wedge

This one really, really drives me insane. It’s probably my biggest pet peeve in golf, actually.

If you’re under 100 yards, I don’t care who you are, you need to be putting your ball on the green. It’s not asking a lot. I’m not asking you to stick it, I’m asking you to put it anywhere on the green. It’s not something I live up to in my own game — especially when I’m rusty coming out of the offseason — and every time I wedge it somewhere not onto the green, I get annoyed all over again. 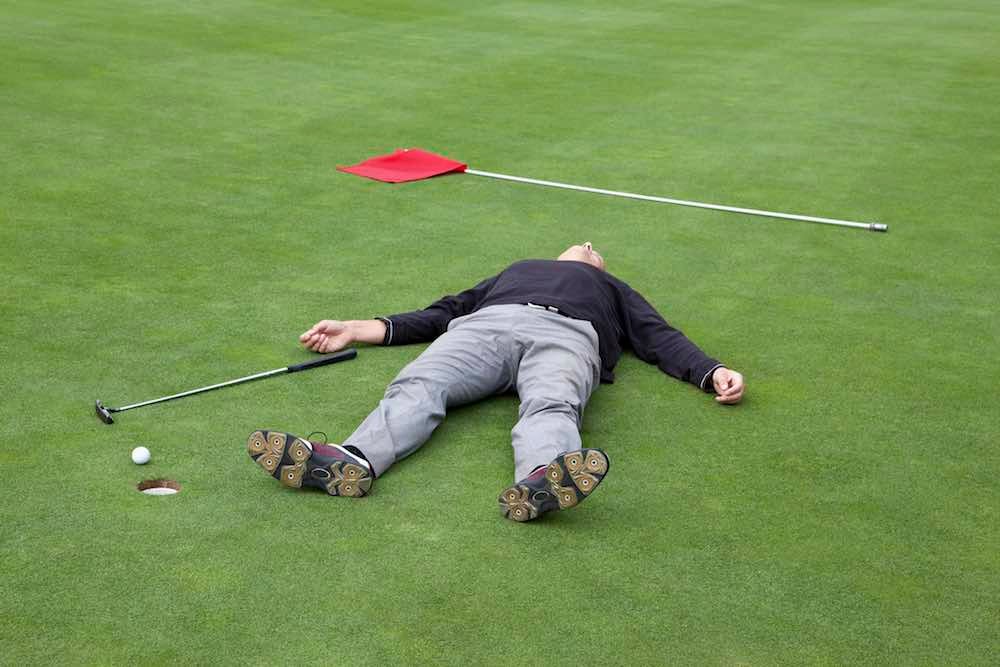 Another unforgivable. It’s unreasonable to think you’ll make all of them, but there’s no excuse for missing back-to-back short putts. If you knock a five-footer three-feet past the hole, you’ve let one bad shot cost you two shots.

3. Double or worse with no penalty shots

Look, sometimes you’re going to hit it into a hazard. But when you don’t, and still manage to make a double bogey, that’s really annoying. Bogeys won’t kill your rounds. Doubles will.

4. Not backing off when uncomfortable

Sure, we’re not pros, but that doesn’t mean we shouldn’t be focusing when you’re standing over the ball. If you feel your mind wandering or thinking about other stuff, back off and start again. There’s nothing worse than not focusing, hitting a band shot, and then wishing you backed off. 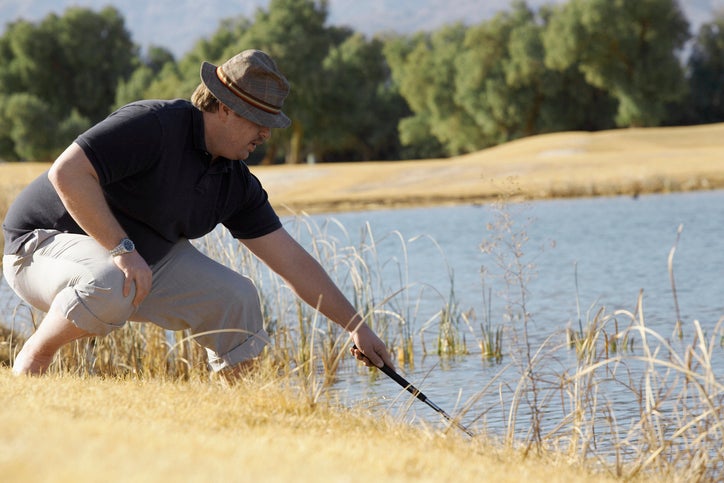 5. Laying up into a hazard or bunker

I’ve done this many a time in my day, and I’m sure you have to. You rip a drive on a short par 5, you’ve read on GOLF.com that laying up is smart, so you grab your 6-iron and knock it right into a hazard.

(That doesn’t mean laying up was the wrong decision, by the way, it means the execution of the shot wasn’t there).

6. Missing on the side where all the trouble is

Bunkers to the right; rough, trees and OB to the right, but wide open to the left. So, what do you do? You carve a slice to the right. You could’ve hit it 80 yards left and still been fine, but instead, you went to the right.

7. Following a birdie with a bogey

Birdies don’t come around all that often, so when you get one, you’re feeling good. You just got one back on the course. And then, a few sloppy shots on the next hole mean you’re right back where you started. 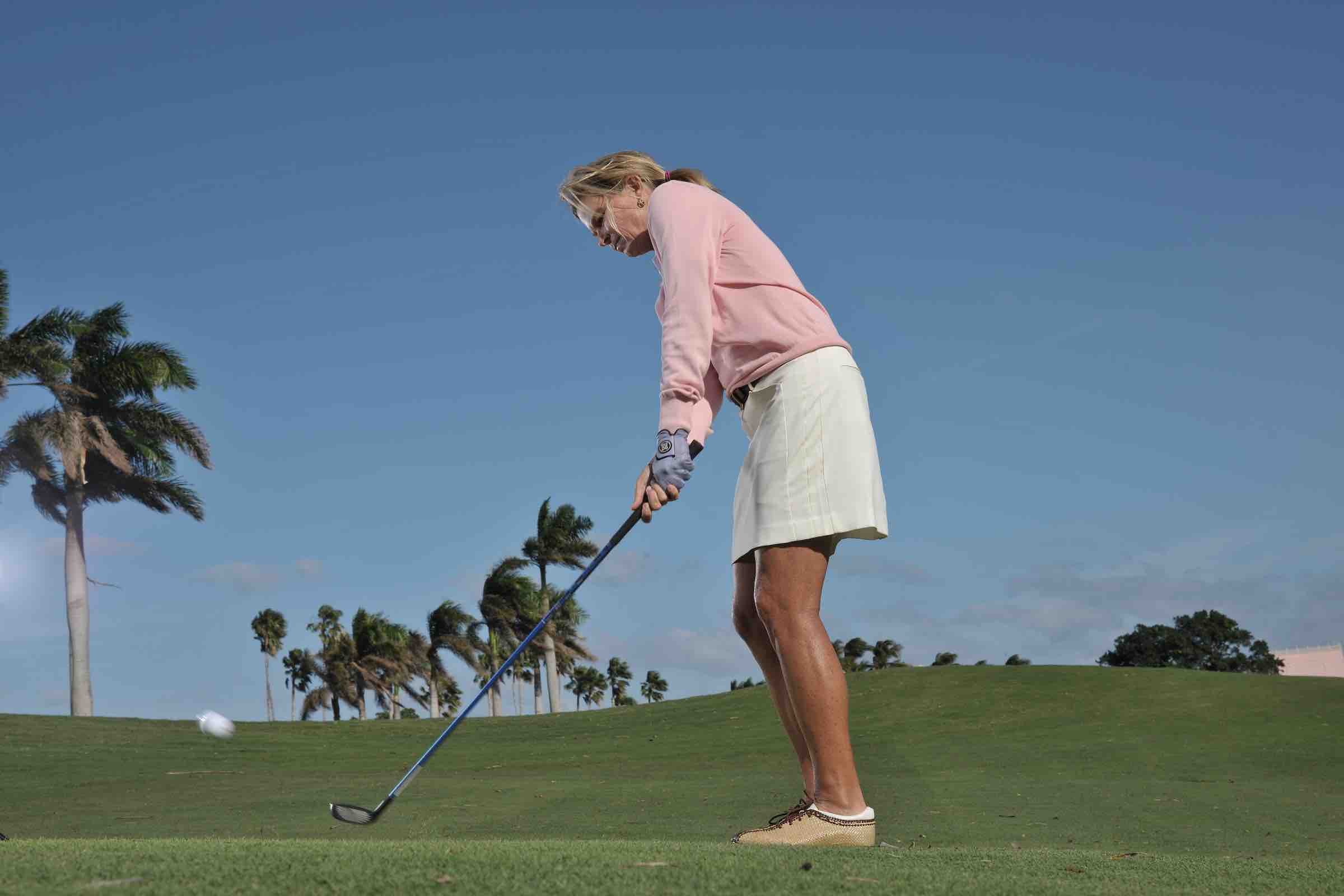 8. Chunking a chip you should have just putted

GOLF Top 100 Teacher Kellie Stenzel has a good rule of thumb about this: smaller strokes mean smaller mistakes. If you have an opportunity to bump and run or putt something up there, take it. Because if you end up trying to hit a flop shot and chunk it, you’ll wish you did.

9. Pulling hybrid and missing the fairway

A bit like the laying-up into a hazard point, there’s nothing worse than trying to play it safe and putting yourself in trouble. Remember: Even though it might be a safe shot, swing aggressively.

10. Turning a birdie putt into a bogey

You have 15 feet for birdie, so you get excited. Instead of thinking about hitting a good putt, you focus on not leaving it short. So you hit it too hard, leave yourself five feet back