Brandel Chamblee: Social media ‘skews left’ and ‘can get to be a cesspool’ 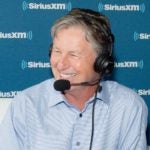 Golf Channel analyst Brandel Chamblee was asked about commentary on Rory McIlroy. He answered with thoughts on social media.

In about 20 seconds, around the time it takes to take a few golf swings, Brandel Chamblee went from discussing the world’s top-ranked golfer to how social media “skews left” and “can get to be a cesspool.”

The analyst was continuing a conversation about Rory McIlroy and commentary on him during the Golf Channel’s “Golf Central Pregame” show on Saturday in advance of the third round of the Charles Schwab Challenge. Chamblee then took a left turn.

“I think it’s a multi-faceted quest that he’s on,” said Chamblee, his comments first reported by the website Awful Announcing. “I think there’s an element of trying to arm yourself against – we live in an era where the negativism and the narcissism would make the Roman emperor Caligula smile. So you need to arm yourself against that.

“Especially if you’re on social media because there are fabulous aspects of social media, there absolutely are, but it can also be – it’s been well-documented – it skews left and it can get to be a cesspool if you’re on it. You want to interact with your fans.”

Host Rich Lerner asked if Chamblee meant left politically. Chamblee answered by saying “about only 20 percent of the people tweet,” then Lerner asked what that had to do with McIlroy.

Lerner asked again what that had to do with McIlroy.

“If you’re a prominent celebrity and you get on there and you start going through your Twitter feed, it’s going to take you two seconds to find the most vitriolic cesspool of comments. And the way human nature is, you just remember the most negative things said to you. So he’s arming himself against that.”

The conversation eventually turned to whether McIlroy was mentally tough.

“I never saw him any other way,” Chamblee said.