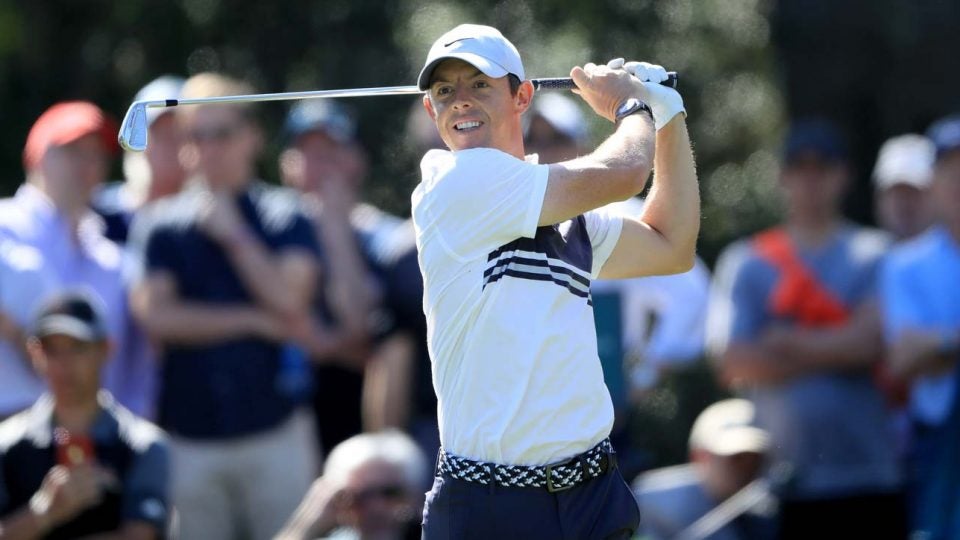 There may not be any professional golf being played for the time being, but you can still get your fix if you flip to Golf Channel from time to time. They are on a hiatus from live programming, but there are still some interesting new segments airing that can help you get through this unexpected stoppage.

This week, Golf Channel aired a new episode of their Playing Lessons series, hosted by analyst Brandel Chamblee. His guest this week? None other than World No. 1 Rory McIlroy. The show features Chamblee walking alongside various pros and picking their brain on each and every shot, giving viewers a look into the mental process behind some of the best games in the world.

The duo discussed McIlroy’s course management, pre-round routines and green reading process in the episode, and Rory also provided insight into what he does differently when choosing clubs in chilly conditions.

“It’s by feel for the most part,” McIlroy says. “There’s sometimes where you get a cold day and you might normalize the Trackman on the range to that temperature and see how far the ball is supposed to go, but for the most part it’s a feel thing. And I think growing up in Northern Ireland, when it gets cold, I know how far less the ball travels.”

News
The launch monitor numbers that matter most to Keegan Bradley

And though McIlroy might be known for hitting towering draws, he can still easily shape the ball in both directions. He explained to Chamblee what his main swing thought is when working the ball left to right.

“So I’m sort of aiming at the fat part of green here, just to the left of the pin,” McIlroy says. “If anything, all I’m trying to do coming into impact is just open my body up a touch more, which holds the face open. I try to control the face with my body movement rather than with my hands.”

Rory clubs up when it's chilly and so can you!

Watch the second part of Playing Lessons with @McIlroyRory and @chambleebrandel TONIGHT at 7:30PM ET. pic.twitter.com/DfmqUvQAXY

The segment is great for insight into what goes on in McIlroy’s head while he’s on the course. If you want to see the entire episode, the show airs twice on Golf Channel on Wednesday, once at 12 p.m. ET and again at 6:30 p.m.