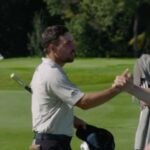 Alejandro del Ray made history on the Challenge Tour on Friday, but his low round could have been even better.

There has been just one 58 fired in PGA Tour history — courtesy of Jim Furyk in 2016 — and just a handful on any major tour in golf history. But on Friday at the Challenge Tour’s Swiss Challenge, Alejandro del Ray joined that elite club.

However, unlike other historic 58s, del Ray’s came on a par-72 layout, making his 14-under total better in relation to par than others who have reached the magic number. The Spaniard’s round featured eight birdies and three eagles as he posted 29 on both nines for the 58 total.

“It was just great golf all around,” del Ray said. “For a round like that you need a couple good bounces, and I got them today.”

While the 14-under 58 was historic, it had the potential to be even lower. The 23-year-old reached 14 under on the 15th hole but was only able to scratch out pars on the final three holes.

The key to del Ray’s round was superb command with his driver. He told Challenge Tour media officials after the round that he hit every fairway, and often had just a wedge into the greens.

“It was just a great all-around golf round,” he said.

Despite the great round, del Ray was still looking up the leaderboard at the end of the day as Marcel Schneider fired rounds of 61 and 69 at the halfway mark.

He followed his round of 58 with a four-under 68 in round three and sits six shots behind Marcus Helligkilde’s 22-under lead.

Del Ray is a former standout from Arizona State where he won four times as a Sun Devil. He turned professional in 2020 and is ranked No. 392 in the Official World Golf Ranking.