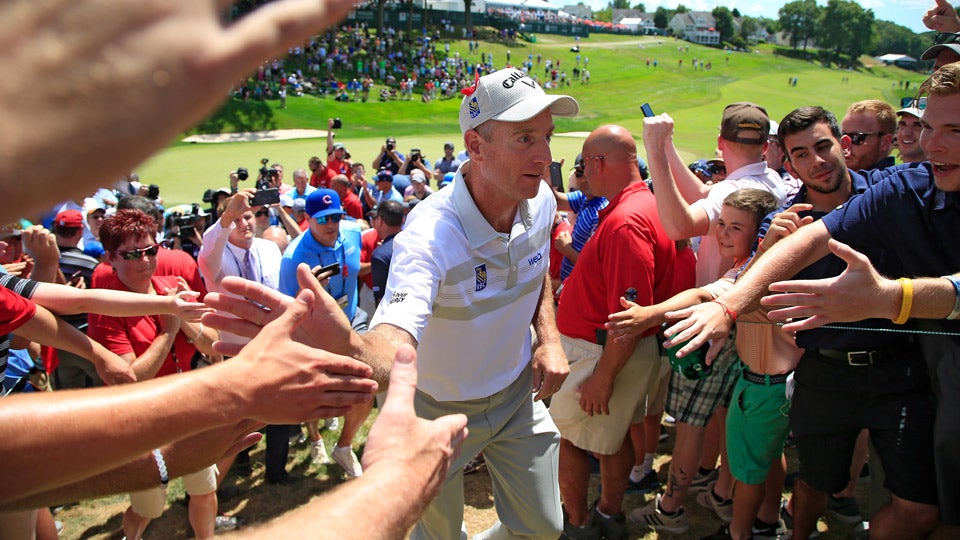 It’s official. Jim Furyk has fired the lowest single-round score in the history of the PGA Tour. The world’s No. 24-ranked golfer shot an incredible 12-under 58 in the final round of the Travelers Championship at TPC River Highlands in Connecticut.

The unbelievable score is one less than the previous record of 59. Six golfers are members of the 59 club, including Furyk himself, who shot a 59 in the second round of the 2013 BMW Championship.

Starting his round mired at one over par, Furyk proceeded to make six birdies and an eagle through his first nine holes, then followed that with birdies at the 10th, 11th and 12th holes to reach 11 under for his round and 10 under for the tournament. The birdie at 12 was Furyk’s seventh in a row.

Furyk closed out the record-breaking 58 with a short par putt at the 18th. Despite the historic day, Furyk still trailed leader Daniel Berger by four shots at the completion of his round.

It’s the lowest round in PGA TOUR history.