6 surprising golfers who didn’t qualify for the U.S. Open at Torrey Pines 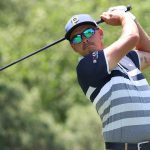 Not everyone is guaranteed a spot in golf’s national championship. Far from it. There’s certain qualifying criteria players need to meet, like winning events or flying up the Official World Golf Ranking, but it’s never easy.

The final automatic qualifying cutoff came after last week’s Memorial, in which the top 60 in the OWGR not already exempt received invites. Those who were still left on the outside looking in had to rely on the gauntlet that is U.S. Open Final Qualifying, which finished up on Tuesday. (A few players at this week’s Palmetto Championship at Congaree could still get into the U.S. Open via Category 11 exemption, which gives invites to multiple winners of PGA Tour events since the 2020 U.S. Open.)

Some household names punched their tickets to Torrey Pines and the 121st U.S. Open, scheduled for June 17-20, while others weren’t so lucky. Here are six names you might be surprised to learn won’t be teeing it up at Torrey.

Fowler earned an exemption into the PGA Championship but had to play his way into the U.S. Open and fell just short at the loaded Columbus qualifier. He shot a six-under 66 in the second round to finish at five under for 36 holes, but it was still one stroke shy of getting into a playoff for the final four of 16 spots. Fowler was instead thrown into a group of 12 playing-off for the 2nd alternate spot, but that was ultimately won by Ben Taylor, who holed out for eagle on the second playoff hole.

Ryan French of Monday Q Info Twitter fame was there to cover it:

It’s a tough break for Fowler, who has been playing much better as of late. He was 128th in the World Ranking less than a month ago — the worst he’s been in 12 years — but has now moved up to 87th. He’s finished T11 (Memorial) and T8 (PGA Championship) in his last two starts. This will be the first time in 11 years Fowler won’t play a U.S. Open.

Keegan Bradley, the 2011 PGA champ, was in that same playoff as Fowler for the second alternate spot. After struggling last year — dropping to 131st in the World Ranking — he’s had a strong 2021 and has been on a tear since February. He missed the cut at the Memorial, but in his 10 starts from February to May he never missed a cut, finished worse than T30 once and had two top-five finishes. Bradley’s now ranked 73rd in the world.

Jason Day was a late WD from the Memorial Tournament, citing a bad back. Ranked 69th in the world heading into last week, Day would have needed a strong finish to crack the top 60 and qualify for the U.S. Open, but he never got the chance. He didn’t enter one of the Monday qualifying events, although that might not be completely due to his back. Day and wife, Ellie, are expecting their fourth child soon. This will be the first major Day, winless since 2018, misses in nine years.

Not since 2006 has Brandt Snedeker ended a year ranked outside of the top 100 in the OWGR, but he has work to do to avoid that for a 15th straight season. He’s missed eight cuts in 20 starts this season, already more than he has in any of the past nine seasons. He missed five cuts in six starts from November to February but has improved since with four top 20s in his last six events, but it was too little too late for the current World No. 135. He finished five shots out of playoff at the Hilton Head qualifier. The last time he missed the U.S. Open was 2012.

The 2009 U.S. Open champion has turned his career around over the last few years after struggling from 2012 to 2016, but he had been a U.S. Open mainstay thanks to his Bethpage Black victory. But that 10-year exemption expired in 2019. Last year he was T17 after missing eight straight Open cuts. He finished four spots out of a playoff at The Bear’s Club, meaning this will be the first time he misses an Open since 2008.

Who is having a sneaky good season? Well, if you read the subhead to this paragraph you know it’s Cameron Tringale. Ranked in the 200s at the start of 2020, he’s risen to 74th as of this week. On the season he has eight top 25s and four top 10s. He was another one who just missed out at that jam-packed Columbus qualifier.