2021 PGA Championship live coverage: How to watch the PGA on Friday

Brooks Koepka is sitting pretty after 18 holes at the 2021 PGA Championship.

One round is complete at the 2021 PGA Championship, and now the game’s best will battle to make the cut on Friday for the right to play the weekend at Kiawah Island. Here’s what you need to know to watch the second round of the PGA Championship on TV or online.

Not many prognosticators were talking about Brooks Koepka heading into the PGA Championship, mostly due to his struggles with injuries of late. But Koepka has owned this tournament in recent years. He won in 2018, triumphed again in 2019, and then was one Sunday collapse away from making it a three-peat at Harding Park last year.

After 18 holes at a blustery Ocean Course on Thursday, the four-time major champ finds himself in the mix once again, tied for second at three under par, two shots behind first-round leader Corey Conners. Koepka’s quest for a third PGA title continues on Friday afternoon when he tees off for the second round at 1:58 p.m. ET alongside Rory McIlroy (three over) and Justin Thomas (three over).

Just like on Thursday, ESPN will air 12 straight hours of coverage Friday: six hours on TV preceded by six hours of streaming coverage on ESPN+, which will also carry Featured Group and Featured Hole coverage all day long. 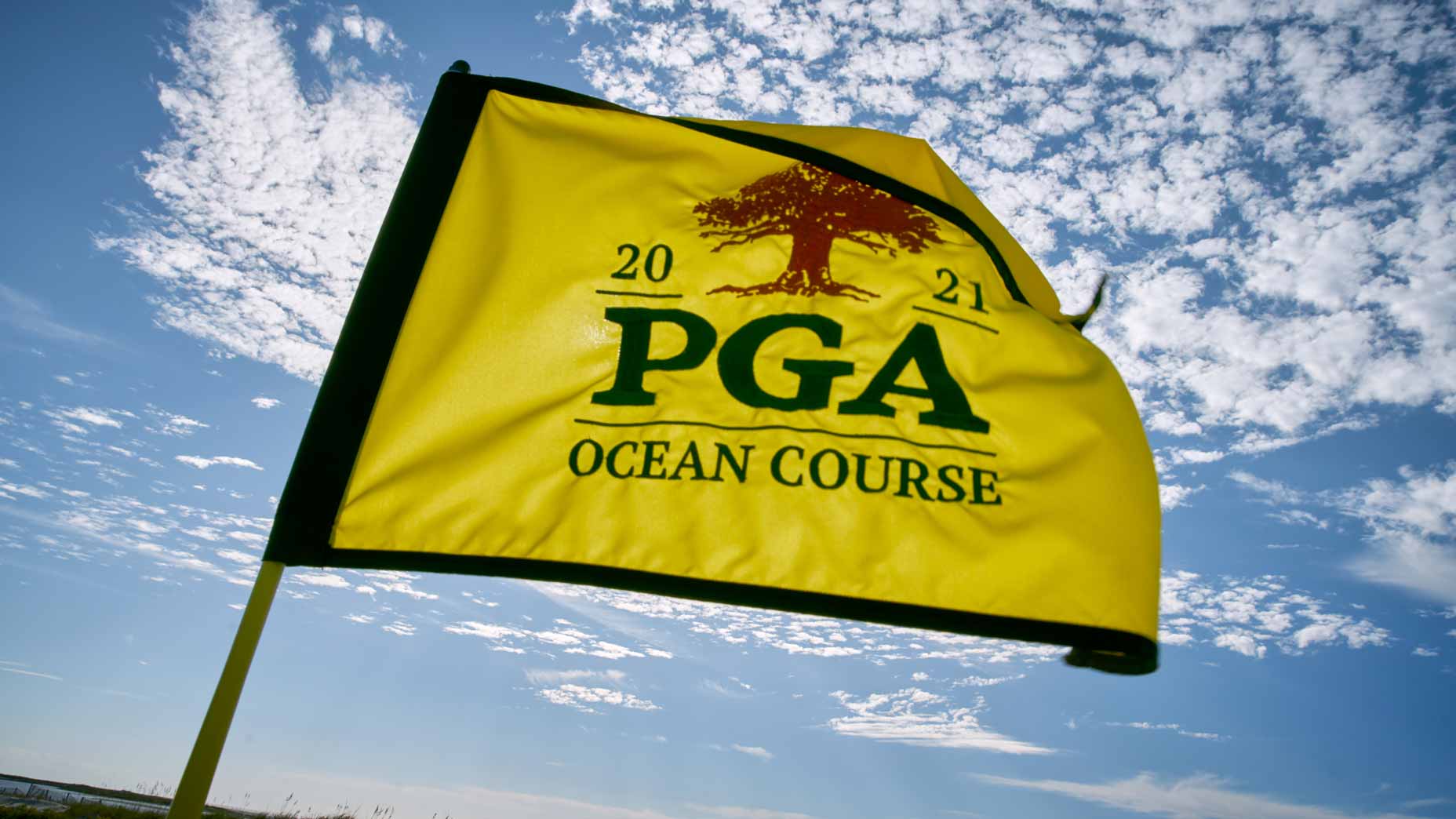 Below you will find everything you need to watch the second round of the PGA Championship on Friday.

ESPN will air the action for the second round of the 2021 PGA Championship with six hours of TV coverage on Friday from 1-7 p.m. ET, following seven hours of streaming coverage in the morning on ESPN+.

How to stream PGA Championship Round 2 online

You can stream the second round of the 2021 PGA Championship online in various ways via ESPN+ and the ESPN app, including featured group and featured hole coverage all day, as well as the simulcast of the ESPN broadcast. Here’s the PGA streaming schedule for Friday:

SIGN UP FOR THE DISNEY BUNDLE (DISNEY+/HULU/ESPN+) TO WATCH THE 2021 PGA CHAMPIONSHIP, THEN ENJOY EVERYTHING ALL THREE PLATFORMS PROVIDE

How to bet on the PGA Championship — risk-free!