3 picks I love at the Zurich Classic, according to a professional gambler 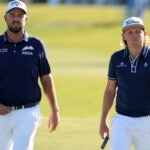 The pros go marching two-by-two this week as the PGA Tour moves to team competition at the Zurich Classic. The outlier format (best ball in rounds 1 and 3; alternate shot in rounds 2 and 4) gives fans a fresh look, and gamblers new variables to consider.

There is no ShotLink data for team chemistry.

Where to put our money?

That’s the question once again for GOLF.com’s expert prognosticator Erick Lindgren, who followed up his winning Scheffler play at Augusta by correctly picking Jordan Spieth at last week’s RBC Heritage. (By the way, here’s how much you’d be up if you were following Lindgren’s advice all season.)

For the modified-format Zurich Classic, we’ve tweaked our deal with Lindgren. Usually, we give him a $1,000 gambling budget (just play money) in exchange for his five favorite picks. But given the shortened field, we’ve asked Lindgren to offer up his three top plays for the event, which gets underway Thursday at TPC Louisiana.

Last year’s winners from Down Under are proven commodities in team competition, and Lindgren expects them to put up a proud defense. It’s no surprise that they rank among the pre-tournament favorites. “Keep in mind, Smith all took Jonas Blixt to the title in 2017,” Lindgren says. “Jonas Blixt!”

A pair of birdie machines who have been pounding the ball of late, Sergio and Fleetwood should play off each other nicely, Lindgren says. “The hope is that teaming up can help them avoid the Sunday slippage they’ve shown when playing on their own.”

It’s hard to overstate the importance of motivation. This pairing brings together two longtime cardholders who are keen to maintain their full Tour status. “They know when it is time to accumulate Fed Ex Cup points, and with just 80 teams—actually, make that 79 with Haas group—there is no better spot to get them.”