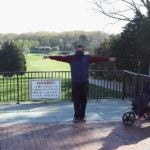 While you're practicing safe social distancing during your next round, consider these tips for proper course maintenance.

The times are a-changin’ in golf. In response to the safety protocols brought about by the spread of Covid-19, courses around the world have begun to tweak their setup. Suddenly, bunkers are without rakes, flagsticks remain untouched and social distancing is in effect everywhere.

But the shifting optics of the sport have also spelt changes for maintenance crews, greenskeepers and superintendents. These committed few now face the arduous task of keeping their courses in pristine condition while leaving golfers without the necessary tools to achieve that goal. If you’ve played on a course with social distancing rules in effect, you’ve probably noticed their struggle — mounds in unraked bunkers; giant, unreplaced divots; even ballmarks on greens.

It’s time to set the record straight on the proper way for golfers to handle course maintenance in the era of social distancing.

The official, unofficial guide to course maintenance in the age of social distancing

The biggest key to playing in the sand in any situation is to be mindful of the golfers behind you. As you would traditionally, try to minimize your impact on the bunker. Rather than with a rake, use your spikes to cover and smooth out the sand.

Some have argued in favor of leaving bunkers “as is” until rakes return so as make traps more punishing, but sand shots are hard enough as it is, there’s no need to make them any more difficult.

First and foremost, replace those ballmarks! Use a divot tool, a tee, whatever you can get your hands on, just make sure you’re not leaving marks behind for your fellow golfers.

Normally, it’s common courtesy of the first person on the green to assist the other members of their foursome by placing a mark on their ball. For the time being, it’s fair to leave that practice by the wayside so as to avoid any unnecessary contact. In its place, use your divot tool to fix any ballmarks you might find as your foursome approaches the green.

If you’re a serial divot-shredder, take your maintenance skills a step further by making your own repair mix at home. In a plastic water bottle or container, combine one part grass seed, one part sand and one part fertilizer. Leave room at the top so you can shake the bottle to evenly spread the components. When you’re out on the course, pop your seed-filled water bottle into the side pocket of your bag and fix divots to your heart’s content. (Bonus points for those who take an extra minute to fill craters left behind by other players.)

Simply put, don’t. If there’s one positive caused by PVC, styrofoam and inverted golf holes, it’s that they’re remaining remarkably intact (or in other words, aren’t getting disintegrated in flag-tending mishaps). Don’t mess with a good thing.

Don’t drive into the fescue (even if you’re the only person in a motorized cart) and keep your pushcart off the green.

As a general rule, leave the place better than you found it. With golfers playing at record rates this spring, it’s everyone’s responsibility to keep the game fun, fast and beautiful. Now get out there and start whacking.