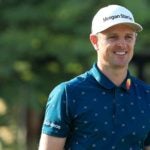 Justin Rose had a very relatable way of starting his prep for TPC Harding Park.

It’s been only five years since Justin Rose teed it up at TPC Harding Park to compete in the 2015 WGC-Cadillac Match Play Championship, but his memory of the course is a bit rusty.

So in preparation for this week’s PGA Championship, Rose did what just about every golfer does when they’re trying to familiarize themselves with a golf course: He went online and watched a course flyover.

“I did play the match play [at TPC Harding Park] a few years ago, and I can vaguely remember the golf course,” Rose told me in a phone interview on behalf of his clothing sponsor, Bonobos. “And I’ve actually been online since and, you know, taken the fly-by, the whole guide, just to refresh my memory. It’s definitely my first go-to. Whenever you spend the time trying to learn a golf course, it typically does pay off.”

In all seriousness though, Rose says the flyovers are a valuable tool whether you’re refreshing your memory or getting to know a golf course for the first time, but another thing he relies on is acquiring as much local knowledge as he can.

“Often, I’ll use the pro to maybe just get his insights,” Rose said. “And you know, occasionally there’s a little hidden gem in there, wisdom that does ring true.

If Rose’s performance at Merion in 2013 is any indication (hint: He won the U.S. Open for his first major title), we may be in for a big-time resurgence from the 40-year-old Englishman at TPC Harding Park.