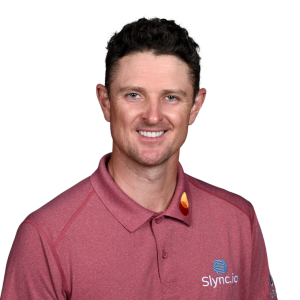 Winners of World Golf Championships during the past three seasons: (Exempt through December 31, 2021).

Rose claimed his maiden major championship with a victory at the 2013 U.S. Open at Merion by two strokes over Phil Mickelson and Jason Day. Rose ended a 17-year drought for English golfers at the majors since Nick Faldo's win at the 1996 Masters. He also became the first Englishman in 43 years to win the U.S. Open.

Rose was born in Johannesburg and first swung a golf club in his backyard at 11 months when his father, Ken, gave him a plastic club. Rose's family moved to England when Rose was 5, where he started competitive golf at Hartley Wintney Golf Club near Hampshire. Rose broke 70 for the first time aged 11 and held a handicap of plus-1 by the age of 14. Rose announced himself to the golf world in two ways when he was 17; he became the youngest golfer to play in the Walker Cup; and holed a 50-yard shot from the rough for birdie on the 18th hole at Royal Birkdale on Sunday at the 1998 Open Championship, finishing tied fourth and claiming the silver medal for the low amateur. The following day he turned professional.

After the 1998 Open Championship, Rose missed the first 21 cuts of his pro career, consecutively. The horror stretch began at the 1998 Dutch Open and ended when he finished 74th at the 1999 Compaq European Grand Prix. Rose first secured a European Tour card in 1999 when he finished fourth at qualifying school. Although he failed to retain his card the following season, he finished ninth upon returning to q school. Rose's first professional victory came at the 2002 Dunhill Championship in his native Johannesburg, which he dedicated to father Ken, who was sick with cancer and died later that year.

Rose's wife, Kate, is a former international gymnast who retired from competition and was working at IMG where she met Rose in 2000, when he was still managed by the agency. In December 2006, he married Kate and the couple have two children together, Leo, born in 2009 and, Charlotte or ‘Lottie', in 2012. Kate's lucky number is 9, so Rose changed the number on his ball to 99 in the hopes of double luck. They are based in the Bahamas but also have properties at Lake Nona, Florida and Putney, London.

Rose became the first Olympic golf champion since 1904 when the sport was reintroduced to the summer games ahead of the 2016 edition in Rio de Janeiro, Brazil. He also made history when he recorded the first hole-in-one at the Olympics. For his services to golf, Rose was made a Member of the Most Excellent Order of the British Empire (MBE) in December that year.

Rose plays plenty of tennis in his spare time. He counts retiring tennis great Andy Murray as a friend, and is regularly spotted at Wimbledon during the championships each year. Rose also adopted a gluten-free diet in 2015 having seen tennis icon Novak Djokovic reap the benefits of the diet.

Rose is passionate about eco-friendly and sustainable golf courses. He is an official ambassador to the Golf Environment Awards in the UK.

The Latest News on Justin Rose