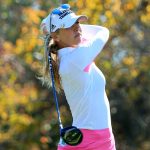 Six-time LPGA Tour winner Jessica Korda debuted a new-and-improved swing in the 2021 season kickoff event. And boy did it work.

“These guys are good.” The memorable marketing message by the PGA Tour for its players a few years back still rings true. But not just for the boys. The gals these days are every bit as talented.

Case in point: 10-year LPGA Tour vet Jessica Korda, who carded a 60 (including a back-nine 28) in the third round of the Diamond Resorts Tournament of Champions this past January. I don’t care where you’re playing, those are some pretty gaudy numbers. They helped Jessica nail down her first victory in three years and signaled that the fan favorite is past some nagging swing issues and ready to reestablish herself as one of the LPGA’s top players.

I worked with Jessica when she was a junior, so I’ve seen how her swing has evolved over the years. Now, it’s as synced up as it can get. By that I mean how her body and arms seamlessly work together on both sides of her swing. A lot of recreational players would do well to copy the way she pairs her downswing body turn with her arm movement. If you can get to a place like frame 4 below, with your hips just slightly in front of your shoulders and your arms out in front of your body, you’re going to hit a lot more fairways and a lot more greens.

Jessica’s an athlete (most know of the Korda sisters’ championship pedigree), but there’s nothing in the sequence above you can’t copy to hit better shots. And if by chance you can mimic her heart and personality, well, then, now you’re talking.

Check out below to see Jessica’s six steps to smashing the golf ball. 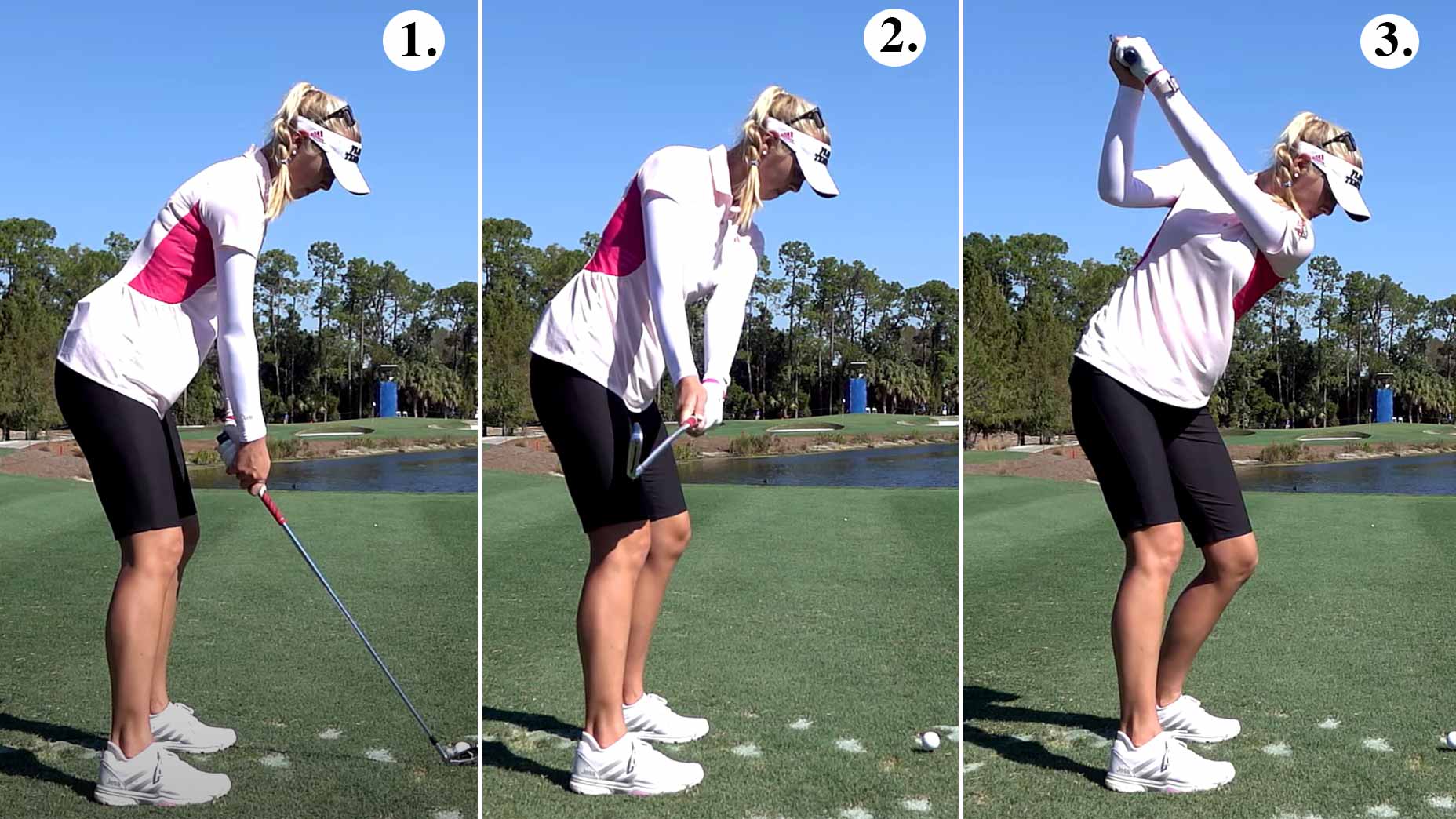 As it is with all great players, Korda’s setup is both balanced and athletic. Even better, it’s devoid of tension — a moment of calm before the oncoming flurry of activity. There’s a slight “S” shape to her spine that most rec players should avoid if possible.

Notice how much more Jessica’s arms and club have moved than her body. This is great sequencing. The club is slightly inside the target line — something she’s working on correcting. Her arms are hyper-mobile (like Ernie Els’), so it’s tough for her to get the club up with her elbows in the right position compared to other players.

Just oozes power and athleticism, doesn’t it? When Jessica loses form, she drops the club (especially the driver) too far behind her on the way back and at the top. She’s a “long-levered player” who needs her arms and club “up” or she risks getting stuck on the way down. This is much better than in recent seasons. 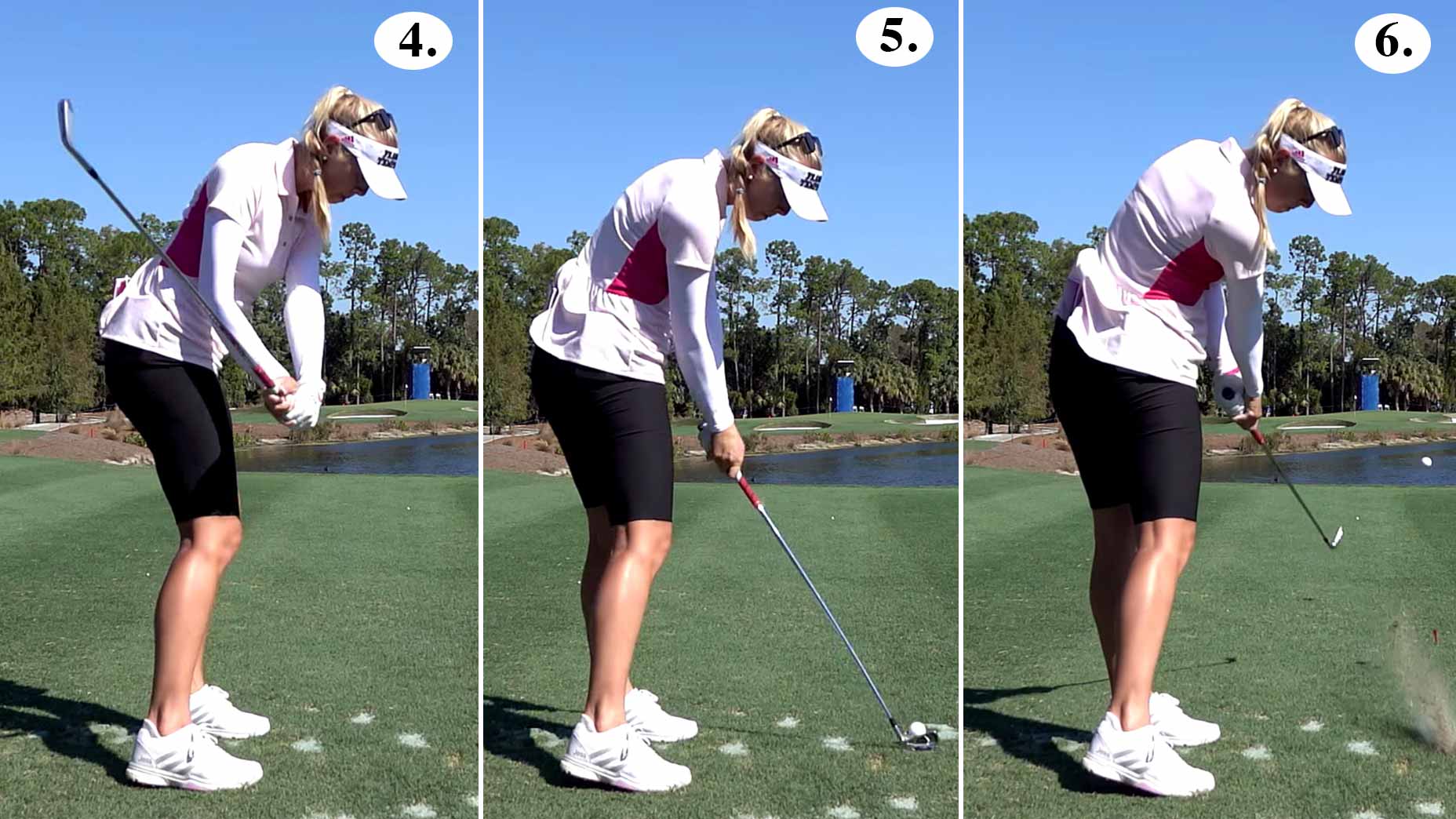 Her improved top position is fueling better downswing positions too. She’s made a pretty steep arm drop, but notice how her hands are in front of her body, not behind. Everything is pacing nicely, with her hips only slightly ahead of her shoulders.

Jessica has worked hard on getting her hips more open at impact. You can see the results here: an awesome impact position! Her right arm and clubface look perfectly synced and stable. Zero manipulation — just the way you want it.

Jessica extends her front side from foot to hip to boost her speed through the ball. When you time this extension right, like Jessica has learned to do, you not only look smooth and elegant, you mash your shots for miles.