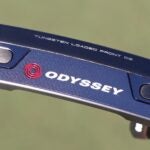 Talor Gooch can stop the putter search. After a dominant three-shot win at the RSM Classic, it’s safe to say Odyssey’s Tri-Hot 5K putter has earned a spot in the bag.

On the heels of a mediocre performance in Houston, Gooch took to the Sea Island practice putting green to find a solution. The 30-year-old was one of several players in the field who went through the on-site Odyssey Lab to test a prototype called “Tri-Hot 5K.” During the testing session, Gooch saw a noticeable improvement in off-center strike performance that led to the switch.

“I had a couple of opportunities where things could have taken a turn for the worse and I was able to make some clutch putts,” Gooch said after a final round 64. “At the beginning of the week, I got with Callaway and we got a new putter in the bag and it worked out pretty good for the week. I made a few putts this week.”

Gooch made more than a few putts. He racked up 20 birdies and ranked 6th in SG: Putting for the week with the new wand. In fact, Gooch wasn’t the only pro in the field who gave Tri-Hot a shot. Five players, Gooch included, put Tri-Hot 5K in play the first week it was available to pros.

It’s unclear when Tri-Hot 5K will be available to the masses, but according to GOLF.com’s Andrew Tursky, who was on-site at the RSM Classic, the putters appear to be a blast from the past.

In the early 2000s, Odyssey released a line of “Tri Hot” putters that combined three different materials; a steel body, Tungsten weighting, and a White Hot face insert. Although the company is staying quiet on design details for the 2021-22 versions, it appears Odyssey is returning to a similar tri-material design.

Matt Kuchar made the jump to Bridgestone’s 2022 Tour B X Prototype ball following extensive testing with the company’s R&D department.

“This new prototype ball, what I’ve seen with my testing, it’s faster off the driver, and with the chip shots — as a tour pro, when you get that right feeling, that right trajectory, even off of a little pitch shot, you get excited, and this new golf ball has got me excited off the tee and around the greens,” Kuchar told GOLF.com.

Kuchar finished T37 in his first week with the new ball.

The beauty of being a gear free agent is having the freedom to make changes whenever an issue arises — without having to sweat the brand in the bag.

For Justin Rose, that meant shaking things up with the driver and putter grip prior to the final PGA Tour event of 2021. The former U.S. Open champion switched to a 9-degree Titleist TSi4 driver with a Project X HZRDUS Smoke Black 70 shaft, and replaced the Lamkin grip on his Axis1 Rose putter with a SuperStroke Traxion Claw model.

Rose is considered to be one of the most detailed-oriented players on Tour, so the changes likely weren’t made on a whim. Both paid off as Rose finished T12 — his best showing in three starts this season — while ranking 8th in SG: Off-the-tee and 25th in SG: Putting.