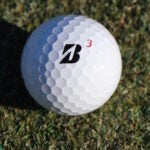 SEA ISLAND, Ga. — If you take a look inside Matt Kuchar’s current golf bag, you won’t see many clubs that were manufactured in the last five years. It’s not that he’s stubborn when it comes to making changes, it’s just that he wants to switch when a product actually provides better performance.

Ahead of the 2021 RSM Classic at Sea Island, it appears that Kuchar has found a product worth switching. Except it’s not a golf club. After thorough testing with the team at Bridgestone Golf, Kuchar is switching from the current Bridgestone Tour B X golf ball into a new 2022 Tour B X prototype that he says provides more distance off the tee and better spin around the greens.

“This new prototype ball, what I’ve seen with my testing, it’s faster off the driver, and with the chip shots…as a tour pro, when you get that right feeling, that right trajectory, even off of a little pitch shot, you get excited, and this new golf ball has got me excited off the tee and around the greens,” Kuchar said.

Before making the switch this week, Kuchar says he did extensive testing with the Bridgestone R&D department.

As part of the process, Bridgestone presented Kuchar with multiple different versions of prototype golf balls, seeking his feedback on each in regards to feel and overall performance. The balls were blank, and Kuchar says he did his best to not gain any prior knowledge of technology differences beforehand. He wanted to give raw feedback without the bias of what each ball is designed to do.

“It’s a fun process to be a part of; it’s fun as a player,” Kuchar said. “I guess it gets to be fairly standard when they ask what you want out of a golf ball. The basics are I want to hit it further off the tee and I want to spin it more around the greens. And you go, ‘Well good luck doing that.’ I have been amazed, the last couple generations of golf balls have been able to do just that. And now, again, they came to me and asked the same thing. If you could change anything, again, it’s the same thing. Yes, I’d like to hit it further. Yes, I’d like to spin it more around the greens. I think they’ve done it again with this new generation.”

Speaking of the testing process, Kuchar does things a bit differently than some of his contemporaries.

While some other pro golfers prefer to test out golf balls starting with greenside performance, and then work backwards to the full swing shots, Kuchar starts by testing out golf balls with the driver. He says he first wants to find out which golf ball provides the most ball speed with the driver, and then he’ll take the balls over to the chipping green to see which provides the best spin characteristics.

Kuchar also says that flight stability in windy conditions is an important aspect of golf ball performance, so he’ll hit shots into the wind to put a new ball through the ringer. Apparently, his new Tour B X golf ball has passed wind inspection, since he plans on officially making the switch at this week’s RSM Classic, which typically hosts windy conditions.

Unfortunately, being that Kuchar’s Tour B X golf ball is still in the prototype phase, Bridgestone is staying mum on tech details. Look out for more information from the company regarding release date, pricing and design differences should the golf ball eventually hit the retail market in the future.