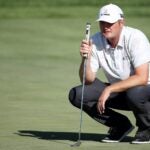 Jason Kokrak switched to a Bettinardi Studio Stock 38 putter at the BMW Championship.

Jason Kokrak was the one stroking the putts at Shadow Creek, but all he wanted to do after his maiden PGA Tour win was place the credit for the most impressive putting performance of his professional career on his caddie, David Robinson. (No, not the two-time NBA champion.)

The Tour journeyman praised Robinson’s green-reading skills — Kokrak had Robinson read “about every one” of his putts — along with a low-key putter change that was the caddie’s doing. Kokrak switched to a 358-gram Bettinardi Studio Stock 38 production putter at the BMW Championship, but instead of having it built at his usual 35 inches, Robinson suggested his boss try 36 inches instead.

“I went to a 36-inch putter via my caddie, David Robinson, giving me that tip that I should go to a 36-inch putter just to kind of stand a little bit taller, get the putter more in the palm of my hands,” Kokrak said after the win. “Ever since that happened I feel great with Bettinardi and we dialed it in and started rolling it pretty nicely for the last month or two.”

Kokrak isn’t the first player to make headlines for going to a longer putter. During the PGA Championship, Tiger Woods opted for a longer putter to combat a bad back. Jon Rahm also uses an abnormally-long TaylorMade Spider X putter at 37 inches.

Kokrak wasn’t trying to copy anyone with his recent tweak. It was one of those equipment changes that felt right from the get-go. In the end, the change helped Kokrak lead the field in Strokes Gained: Putting (plus-10.2.93) en route to his first PGA Tour win.

Xander Schauffele was just looking for a 4-iron that spun less than his current gamer. In the end, he ended up with a brand new set of Callaway Apex prototype irons (and shafts) that he promptly used to shoot 60 at The Farms Golf Club — with a par on the par-5 9th hole.

According to Callaway Tour rep Kellen Watson, Schauffele wanted to turn down the spin at the top of the set without sacrificing launch angle. After discussing the project at the BMW Championship, Schauffele had two 4-irons built in Atlanta during the Tour Championship — one with his gamer True Temper Dynamic Gold X100 iron shafts and the other with Nippon’s Modus3 130X.

While the shafts offer a similar weight profile, Schauffele noticed the prototype head with the Nippon shaft launched 3-4 degrees higher with a playable spin rate. He had a full set built for further testing at the Ely Callaway Performance Center, before officially putting them in play at the CJ Cup.

The irons feature minimal offset — a carryover from Schauffele’s Apex Pro set — and a tungsten back weight that matches up with what’s currently found on the recently released X Forged CB and UT.

Ping’s G425 line made its PGA Tour debut in Las Vegas, where a number of marquee names chose to break the driver in, including Cameron Champ and Viktor Hovland. The clean crown — the last driver lacking Ping’s “Turbulators” was G25 — classic shape and rich sound were three things players highlighted during testing.

Years ago, Ping Tour rep Kenton Oates worked with Hovland in Stillwater, Okla. — during his time on the Korn Ferry Tour — to find a suitable driver with a longer shaft. Hovland was hitting 176 mph ball speed with the club, but the miss was always right and the spin too high.

This time around, about a week prior to the CJ Cup, Hovland tried adding an inch to his G425 driver shaft and it worked. According to Oates, Hovland was seeing 178-180 mph ball speed with a 45.75-inch Project X HZRDUS Smoke RDX shaft (up from 44.75 inches). He was able to find greater forgiveness with the head, which led to it being a viable option.

Cameron Champ followed Hovland’s lead, going from 44.25 to 45 inches, the same shaft length he used during his maiden Tour win in Mississippi. Using a G425 LST head, Champ hit 192 mph ball speed with the new build. Hard as it might be to believe, it was actually 4 mph faster than his previous driver.

Despite finishing 4th last week at the Shriners Hospitals for Children Open with Titleist’s new Pro V1 golf ball, Abraham Ancer still felt like something was amiss. Instead of giving the ball another shot, Ancer opted for the Pro V1 at Shadow Creek.

Titleist Tour golf ball consultant Fordie Pitts noted that even after Ancer’s top-five finish, he still wanted to see a little higher ball flight. Ancer not only picked up the necessary launch but some additional speed as well with the Pro V1 model.

Lag it up there

Hoping to find a solution to shore up lag putt consistency, Collin Morikawa worked with TaylorMade Tour rep Chris Trott on a Spider FCG mallet. According to Trott, Morikawa embraced the MOI benefits and more forward CG position found in the head.

The biggest hurdle was getting the shaft position and toe hang just right. Morikawa opted for a short hosel — to achieve a vertical shaft position that fit his eye at address — with a 69.5-degree lie angle. He also added a KBS CT Tour putter shaft.

Rory McIlroy chose to change driver shaft models (Fujikura Ventus Black) and weights at the CJ Cup. The latter turned out to be an interesting secondary storyline. While many assumed McIlroy dropped roughly 10 grams in shaft weight to add head speed, the four-time major winner revealed a mechanical benefit it provided.

“I’ve always played a shaft that’s been around 75 grams, I went to a shaft that’s closer to 60, but that wasn’t really to do with speed, that was to do with sort of mechanics and I feel like I get a lighter shaft and a lighter club, I can keep it more in front of me and the weight on instead of it getting stuck behind me, so that was more of a technical thing,” he said. “But a lighter shaft obviously helps because you can move that faster and obviously that translates into a little more ball speed as well.”

Cameron Champ made the drive from Las Vegas to Phoenix on Monday morning at 4 a.m. to test putters at Ping headquarters. Champ tried a number of different prototypes with Anser hosels — Tyne, Anser, PLD Prototype — including a putter that was initially made for Tony Finau. Champ wound up finding one of Finau’s Anser 2 PLD Black prototypes to be the best fit.

Bubba Watson had been playing a Ping B60 and liked the feel and head shape, but it still lacked the toe hang of his Anser putter. So Ping gave Bubba the best of both worlds: an Anser PLD with a noticeably wider flange. The putter offers mallet tendencies (heavier head, feel) with the toe hang of an Anser blade.

Quick-hitters: Justin Thomas and Jordan Spieth converted to Titleist’s TSi3 driver. … Bettinardi dropped prototype putters and headcovers. … Kevin Kisner didn’t need a TrackMan to tell him Callaway’s new X Forged CB irons (5-9) were good to go. The sound and feel, which he likened to his old set of Apex Pro 14s, was all it took to make the change official. … Shane Lowry added a 15-degree TaylorMade SIM fairway wood. … Tommy Fleetwood and Ian Poulter (Pro V1x), along with three other players in the field, switched to Titleist’s new Pro V1 golf ball. … Jason Day returned to TaylorMade’s P760 irons after a brief one-week run with P7MB. … Marc Leishman put Odyssey’s Triple Track 2-Ball Double Wide in play after firing a 62 with the putter during his Begin Again Foundation charity event. … PXG staffers were given special “High Roller” putter covers for the event at Shadow Creek.

Check out GOLF’s Pro Shop for the latest gear 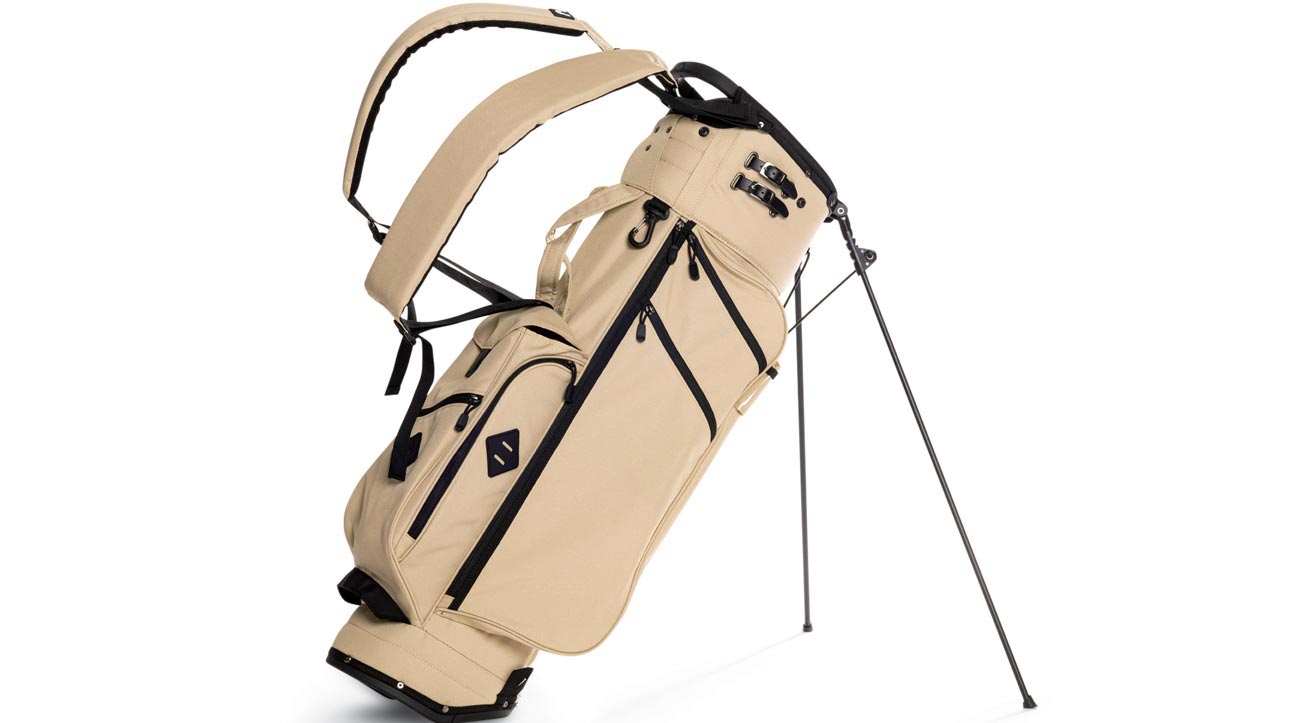