It’s fair to say the golf equipment industry as a whole is bumping up against the distance ceiling. A quick look at the landscape reveals a common theme when it comes to capturing peak ball speed: 6-4 Titanium, better known as the face material of choice for a large majority of brands for more than two decades, Titleist included.

A lack of creativity isn’t at the heart of this face material choice. When the USGA and R&A started pushing back on the standard spring-like effect of driver faces in the early 2000s — the COR limit is 0.830 — it effectively put the squeeze on how creative manufacturers could get with face materials.

“It kind of stopped a lot of the innovation that was happening in face materials,” said Dan Stone, Titleist’s head of research and development. “Prior to that, Japan was the leader in innovating materials. But after the spring-like effect rule went in place, that material research kind of died. Because of the limits, it really didn’t make financial sense because there were no performance gains from a 6-4 perspective, or if you paid for exotic materials outside of 6-4.”

Or so Titleist thought. As the company continued to use the 6-4 material, it started to notice an increase in face flattening over time. It got to the point that the material no longer met Titleist’s durability requirements.

“We started looking around and asking, ‘What else can we bring to the party?'” Stone said. “We need a face insert that can be welded to the head that’s going to help with deformation and improve ball speed. That’s when ATI 425 came into the picture.”

The “ATI” stands for “Allegheny Technologies Incorporated,” a special metals company based out of Pittsburgh, Pennsylvania. This isn’t the first time Titleist has partnered with ATI on a club project. In 2016, Titleist went outside the box to create the C16 driver — a concept car creation featuring an ultra-thin ATI 425 crown that boasted an unheard of constant crown thickness of .35mm.

What Titleist learned as they took a closer look at ATI 425 — the material was originally developed for military applications, including body and tank armor — was that it had the properties to withstand innumerable blows without deforming.

“A lot of these materials look good on paper until you put them in a dynamic response, which is essentially a collision,” Stone said. “You need to make sure they hold up to impact.”

The aerospace titanium turned out to be a game-changer for Titleist. With a ductility that’s 30 percent higher than standard 6-4 Titanium, Titleist was able to maintain durability and bump up ball speed across the entire face structure at the same time.

“What we learned was the high strength and ductility properties allowed us to build a better spring,” said Stone. “That translates to more ball speed all over the face. We know this one is pretty special.”

In terms of mishit protection, golfers should see improved ball speed preservation for shots that find the lower section of the face, and a more controlled launch with less spin variation when the ball impacts the upper portion. To put those improvements into numbers, an increase of up to 13 percent higher inertia values translates to more forgiveness and stability.

It should come as no surprise that Titleist already has a patent pending on the ATI 425 face design.

While it’s only been on Tour since September, the TSi2 and TSi3 drivers are already making waves. The driver was put in play by 57 players the first week out (across the PGA and European Tours) and has been the most played model for 5 consecutive weeks, dating back to its debut.

“TSi just looks fast and it sounds like a missile coming off the face,” said Justin Thomas. “When I first tested it I hit one drive off the toe and it carried almost 20 yards further than I would have thought. That’s what we want is the bad ones to perform better. Those weeks where I’m not hitting it consistently in the middle of the face, I feel like this [TSi driver] is going to have the opportunity for me to narrow my window and dispersion.”

The face includes a new high-contrast graphic design, whereby the center is accentuated to visually show more face at address. A laser engraving is used to remove the PVD finish from the heel and toe sections, revealing a lighter finish pattern that stands out.

Of course, there’s more to the TSi2 and TSi3 drivers than a new high-tech face design.

Get game ready in our Pro Shop The overall shaping of both heads was refined to allow the club to move more efficiently through the air. Particular attention was paid to the highest most point of the crown where drag tends to be an issue. Refining the high point helped reduce drag by 15 percent — compared to its predecessor — yielding more club head speed in the process.

“With TSi drivers, and future generations of products, we expect to continue the aero effort,” said Stephanie Luttrell, Titleist’s director of metalwood development. “We’re not going to sit here and say, ‘Hey, we’re getting an extra mile-and-a-half of ball speed because of the incredible aero changes.’ Even though it is a 15 percent drag reduction, that doesn’t translate into miles per hour. We like to measure things in tenths-of-a-mile-per-hour. When we get a signal like that, we know we’re moving in the right direction.”

More subtle head improvements include a Tour-requested softer toe profile that was peeled back to reveal a traditional shape that still sets up square at address.

The 460cc TSi2 (9, 10 and 11 degrees) is the “max forgiveness” driver in the lineup with an adjustable swing-weight, fixed CG that’s positioned low and back to deliver high launch and low spin characteristics. The SureFit sleeve delivers 16 dependent loft and lie settings to dial in launch characteristics.

Compared to the TS3, the 460cc TSi3 (8, 9 and 10 degrees) has been completely reimagined with a five-setting SureFit CG track — it replaces the weight cartridges — made from a high-strength, reinforced polymer that allows it to retain and clamp weight in. The track offers a new level of shot shaping for those who’d rather make incremental adjustments.

“The T1 and H1 are for those who don’t want major curvature and change, but if you need more curve, that’s where T2 (most toe biased) and H2 (most heel biased) come in. There’s also a neutral setting if you’d rather not make any adjustments,” said Luttrell.

In addition to the SureFit hosel, head weight can also be adjusted (two-gram increments from -4g to 4g) for an optimized ball flight.

The “Piano black” high-gloss crown returns, along with a new TSi alignment aid that was the most popular option during early testing.

With a shorter wall, the channel is able to flex more effectively at impact, generating higher ball speeds on low shots that are usually penalized. The compact geometry of the channel also yielded 5 grams of discretionary weight that was repositioned within the head to increase inertia properties.

“It is such a key technology in fairway metals because of where the impact happens, low on the face” Luttrell said. “Typically those strikes from the turf would come off the face much slower, but ARC keeps the face flexing through impact to preserve the speed players need to reach their target.”

The fourth-generation channel is paired with the company’s “high-speed VFT face” that’s designed to maintain ball speed and stability on off-center hits. Similar to the TSi2 and TSi3 drivers, the fairway crown underwent aerodynamic refinements to reduce drag and improve aero efficiency. A softer toe profile can also be found on both models.

The changes to the crown and face thickness produced an abundance of discretionary weight that was placed low in the head for a towering launch with low spin.

The TSi2 is made for forgiveness with a dedicated sole weight in the back, while the TS3 features three adjustable settings — Toe (T), Neutral (N) and Heel (H) — for CG and ball flight purposes. The adjustable track is concealed within the sole for more consistent interaction with the turf.

A SureFit hosel, with 16 independent loft and lie settings, plus head-weight adjustability (two-gram increments) can be found on both heads.

Check out GOLF’s Pro Shop for the latest gear 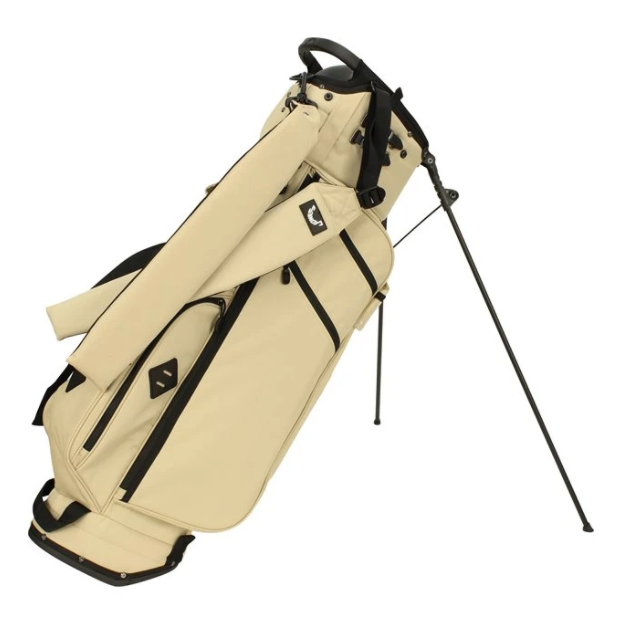 Fully Equipped mailbag: Understanding lie angle and how it works