Course Rater Confidential: What would scratch and bogey golfers shoot at Seminole? 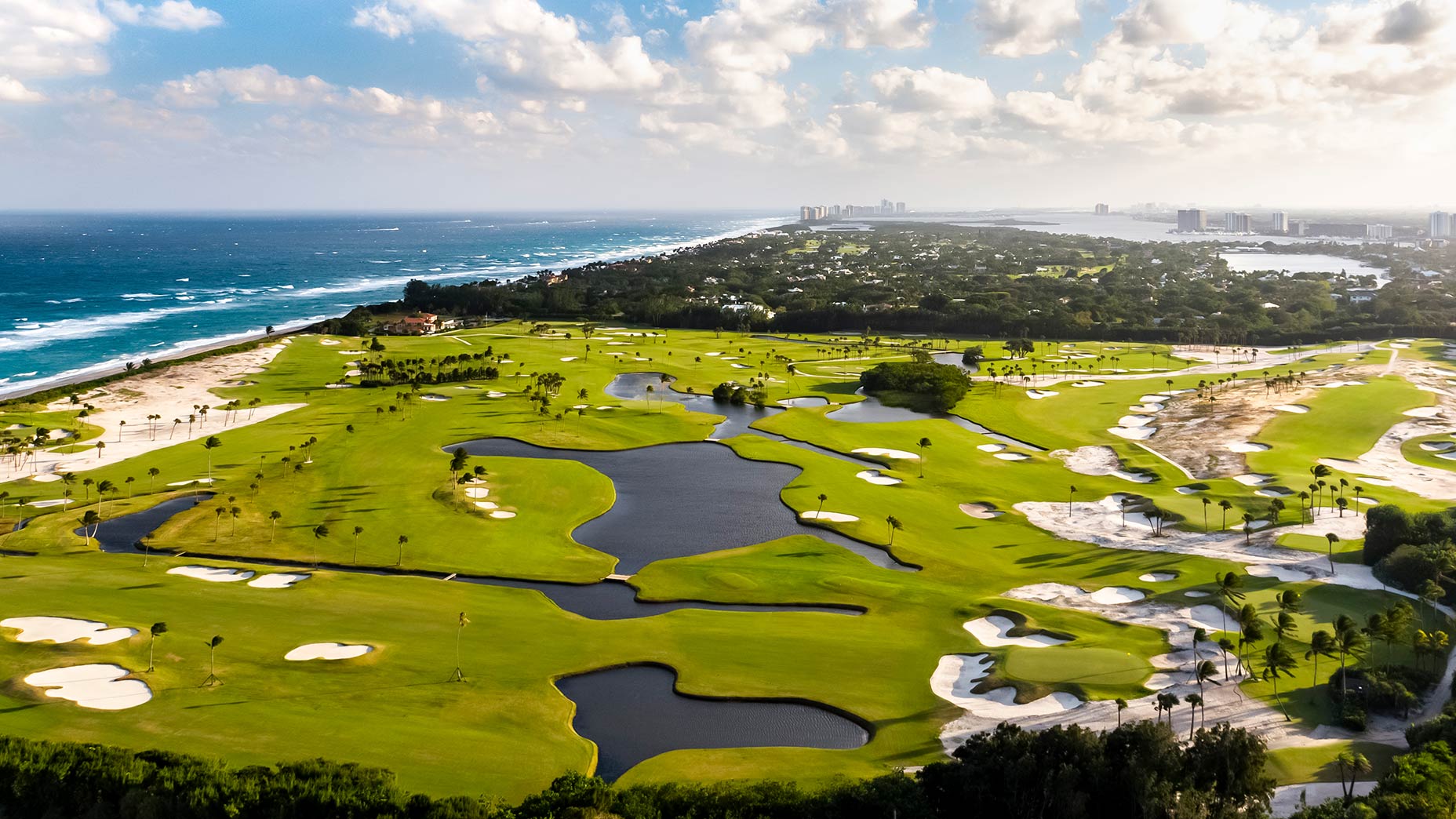 FOLLOW THE SKINS GAME ACTION LIVE WITH OUR PANEL OF EXPERT WRITERS! TUNE IN HERE:

Rory McIlroy and Dustin Johnson face off against Rickie Fowler and Matthew Wolff in the TaylorMade Driving Relief skins game on Sunday at Seminole Golf Club. (You can watch beginning at 2 p.m. ET on NBC.) In the hands of the world’s best players, modern technology has rendered many classic courses nearly defenseless. How do you foresee Seminole holding up against this foursome?

Al Jamieson (Panelist since 2013; has played 60 of the World Top 100): It may be short for today’s bombers, but if the wind blows at 20-plus, it will be very challenging.

Joe Andriole (Panelist since 2006; has played 100 of the World Top 100): If there’s no wind the only defense will be excessive green speeds.

Ran Morrissett (Panelist since 1994; has played 97 of the World Top 100): The firmness of the playing surfaces make it challenging even on calm days. Seeing how juicy they get with certain hole locations will be fascinating.

Steve Lapper (Panelist since 2009, has played 84 of the World Top 100): Like my colleagues astutely stated, absent strong winds and silly stimp speeds, few defenses exist against these pros’ skill. Having once played there with a Tour pro who went two over on a windy front side and nine under on a windless back, the course can be had. Sunday’s audience will see plenty of birdies and, most likely, several eagles.

Steve McHugh (Panelist since 2009, has played 71 of the World Top 100): Let us hope for a bit of breeze and let them try to go low. For the amateur golfer, even a scratch player, it is all of the golf you ever need. If the wind does not blow, they will make lots of birdies and eagles, even with firm conditions.

Very few get to step foot on Seminole. So for those who don’t, what are they missing? On a typical South Florida day, what would an everyday golfer shoot at Seminole? What about a scratch golfer under the same conditions?

Morrissett: The new Walker Cup tees stretch the course to around 7,150 yards, about 400 yards longer than when it was gloriously profiled in The World Atlas of Golf in the 1970s. Still, it has four par-5s where the scratch player can attempt damage control. Overall, I think the scratch player would come in around 75 or 76 — if he didn’t get too freaked out by the green firmness and speeds — and assuming a mix of hole locations that included a few easier ones. You don’t get to be scratch without being a very good bunker player, which greatly helps here. A 12-handicap golfer, playing from 6,500 yards, would be fortunate to break 90 in a 1 1/2-club wind. He should be fine off the tee but the need for precision grows as he gets closer to the greens. Unlike the scratch player, he will likely get above several hole locations and double bogeys will quickly ensue. A hole like the one-shot 5th downwind can prove impossible if the player doesn’t achieve sufficient height with his tee ball. Controlling the flight of the ball is paramount, and that is likely to elude the club golfer. Still, he probably won’t lose a ball, which is part of Seminole’s charm.

Jamieson: I think the severity of the greens plus wind would flummox the mid- to high-handicapper by at least 10 shots over his average. The single-digit player would still be frustrated by the good-looking approach that seems to be on the green but starts to roll either back at them or over. As my caddie said to me during my first time watching a good shot appear to come to rest only to roll off the back, “You’ve been Seminoled.” The better player will lose four to six shots.

Andriole: Seminole is not especially penal or visually intimidating. If the wind is average, the green speeds moderate and the individual not a poor bunker player, I think a golfer will score at/near his handicap.

Lapper: For the average player, 90-94. For a scratch player without much wind, 74-78. Add four to five strokes in stronger winds of 15-25 mph. An important point about Seminole is that even a scratch player isn’t going to figure it all out the first, second or even the third time out. It isn’t overly difficult, but its subtleties take time to recognize and longer to master.

McHugh: The average 15 handicap in the wind with firm conditions shoots 10 to 15 over his normal handicap if he does not play there often. Seminole members shoot their handicaps because they know where to miss. A scratch player in the wind will shoot 75-80. Without the wind, they could go as low as 65 to 70. The wind is the giant variable that messes with players — even pretty good ones — unless they are from there and know the course well. There is a huge home-field advantage.