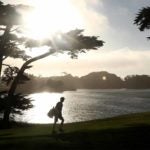 Here's how to land yourself a tee time at the host of this year's PGA Championship, TPC Harding Park.

TPC Harding Park is in rarified air among 2020 major championship hosts. The PGA Championship site is the only venue hosting its first major, the only West Coast major and the only of the three major courses accessible to public golfers.

Harding Park, which is celebrating its 95th anniversary in 2020, was built by celebrated architects Willie Watson and Sam Whiting in 1925 and “substantially renovated” in 2005. Its cypress tree-lined topography runs along the banks of Lake Merced, with cityscape from San Francisco visible from within its fences.

But perhaps most importantly to golf fans, the municipal course is open to the public for the majority of the year and (for some) is cheap enough to play for less than a couple of post-round drinks.

Yep, that’s right. You can get out and hack it up behind many of the world’s best at Harding Park. Here’s how to book.

How to book a tee time at TPC Harding Park

There are three classes of golfers permitted to book tee times at TPC Harding Park, with varying rates for weekday and weekend rounds. They are as follows:

Non-Resident: The weekend and weekday rates are the same for non-residents at Harding Park (and they aren’t cheap). Golfers are charged $300 per person for a tee time, or $1,200 for a foursome. For comparison, Bethpage Black (last year’s PGA Championship venue) charges less than half of that — $130 on weekdays and $150 on weekends — for non-residents.

Resident: While the rates are cheaper for Bay Area residents, they’re hardly a bargain. The weekday and weekend rate for residents is $200 per person.

Resident with Bay Area Resident Card: Bay Area residents who pony up to purchase a resident card can play Harding Park for a severely discounted rate. The card (which runs in the neighborhood of $115 and is good for two years) allows golfers to play for $80 per person on weekdays and $97 per person on weekends.

Fans who wish to book tee times of their own can follow the link to Harding Park’s online booking software here.