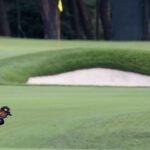 Like the Olympics, a modern spectacle with ancient roots, this year’s Olympic golf venue is both old and new. The East Course at Kasumigaseki Country Club was designed in 1929 by Kinya Fujita and Shirou Akaboshi, then redesigned a decade later by the Golden Age master Charles Hugh Alison.

Put to military uses during World War II, the course reopened in 1946 and went on to host a slate of prestigious tournaments, including the 1957 Canada Cup, one of the biggest international golf events of its era (it later became the World Cup). In 2016, three years after Tokyo was chosen to host the Summer Games, yet another redo of the East Course was completed, this time by Tom Fazio.

That’s the big picture. But how about a closeup? With the men’s competition kicking off this week, we asked Sho Tobari, a veteran golf broadcaster on Japanese TV and a member of GOLF’s course-ranking panel, to give us a more detailed look.

GOLF: For starters, help us locate the course. Where, exactly, is it in relation to central Tokyo?

Tobari: It’s about 35 miles north of Tokyo. That means it takes about 50 minutes in the morning, but only maybe 25 on the way back. You know, big-city traffic.

Among golfers in Japan, how highly regarded is the East Course?

It’s a private course and it is known for a prestigious championship history, hosting events like the Japanese Open and the Japanese Women’s Amateur. The Canada Cup in 1957 was a really big deal. I was 12 years old then, and I went to the event. Sam Snead was there. And Jimmy Demaret. There were TV cameras everywhere. It was the first time golf was ever televised in Japan. Snead and Demaret represented the U.S. Pete Nakamura and Koichi Ono represented Japan. I remember hearing the name Gary Player and deciding to follow him because the name itself sounded so attractive.

There were no highway in those days, and some roads were unpaved. The U.S. players all stayed at the Imperial Hotel and large luxury cars like Cadillacs were arranged for their transport. Many people in the galleries wore sportcjackets. The event had a significant impact on further popularizing the game here. So, prior to the Olympics, Kasumigaseki already had a name. Now that the Olympics are here, the course is looked at as even more prestigious.

Why was Fazio brought in and what changes did he make?

A lot of people think that the decision to renovate was made for the Olympics. In fact, the club had already decided to make changes before Tokyo was selected as the host site. The intent was really to modernize the course. Prior to the Fazio work, the course operated on the two-green system. Fazio got rid of that. He also added yardage and took out a lot of trees.

Tell us a bit more about the two-green system. How common is that in Japan?

The majority of courses here use the two-green system. First of all, it gets cold here in the winter. It used to get a lot colder. When I was a kid, a lot of courses would have what we called a “winter” green. That was a second green, usually about 40 or 50 yards closer to the tee than the usual green with a different kind of grass. You could use it when the temperature dropped. Later, many of those second greens were moved back, so you have two greens on the same hole, side by side.

The courses can alternate play between them.  Let’s say you’re punching and sanding a green one week, you use the other green. You switch back and forth. But most clubs in Japan that have the money to change have now gone to a single-green system, or they want to. People know that most Top 100 Courses have single greens. They also think the that the two-green system gives the course a complicated look. What should you do with the area between the greens? The two-green concept isn’t really for international championships. One target is better.

How would you describe the course today?

It’s a very beautiful parkland course. There is water, but it’s not really in play for elite players. And there is some elevation change but nothing really severe. The greens are very reasonable, without a lot of extreme breaks. They aren’t like potato chips. And there aren’t really steep drop-offs behind them or anything. There are still trees but Fazio took out a lot of them, so you have really good views. It is too bad there are no spectators because it’s a good place to watch a tournament in person. It’s very easy to see.

Any courses in the U.S. that you would compare it to?

Tobari: That’s difficult to compare. I can’t say any single course. I would say you could see a course like this in Southern California. Generally, it is pretty straightforward. It is not meant to be tricky.

What about the course setup? What can we expect?

Tobari: The rough just off the fairways will be 75 millimeters (just under 3 inches), but there will also be some areas of much deeper rough where the grass is as high as 9 to 15 inches.  I’ve been told they want to have the greens running somewhere 12.5 and 13 on the stimp.

GOLF: Any holes that you think will be especially exciting?

The 8th hole is a par-5, 586 yards. It is reachable for the bigger hitters. I think we’ll see some eagles. The 10th hole is also interesting to me. It’s a par-3, 189 yards, with two bunkers in front of it and a steep slope in front of them that rolls down to a pond. It has a shallow green so it’s easy to go over. At the same time, you do not want to be short. The water is not really in play for the most part, but possibly.

GOLF: Sounds like you expect some pretty good scoring?

Tobari: Yes. I think so. I expect the winning score to be better than 10 under par.

Course Rater Confidential: The surprises on GOLF's Top 100 Courses in the World ranking