Who are GOLF’s Top 100 Course raters? Meet the expert panelists behind our rankings 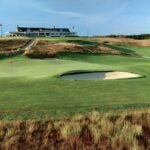 The 18th green at Shinnecock Hills.

This article was updated on Nov. 1, 2021, to reflect our current team of raters.

We empower and hold accountable a group of 109 well-traveled — and well-connected — golfers/aficionados, each capable of expressing their own sense of design excellence at the highest level. The group is seasoned and experienced — we look for raters who know what’s out there, what’s changing and what’s coming down the pike. And from judging posts across four continents, our panelists are positioned to place courses from different regions around the globe into proper context, one of the main reasons GOLF’s Top 100 Courses rankings are the most esteemed in the game.

MORE: Inside GOLF’s Top 100 Courses vote. How we decide our rankings

Other ranking outlets employ thousands of raters. Our less-is-more approach creates a more meaningful and thoughtful list. Think about it: When you plan a golf trip, do you call every golfer you know for their take? No. You contact a handful of people whose opinions you value most. Meet our crew.

To better introduce you to our raters and their qualifications, some on our list are accompanied by short profiles written by GOLF staffers, with illustrations by Joe McKendry.

Has clubs, will travel. As one of the most active members of GOLF’s ranking panel, Brown strives to visit and evaluate at least 30 to 40 new courses a year. And though the tumult of 2020 slowed his usual pace, the 47-year-old technologist still managed to get up and go. On one recent excursion, Brown motored 13 hours north from his home in L.A. to tour the Sheep Ranch, the newest 18-holer at Bandon Dunes, then tacked on another two hours at the wheel to see Callahan Ridge, a layout-in-the-making in central Oregon. “Checking out courses in construction isn’t for everyone,” he says, “but it’s something of a hobby for me.” Another road trip took him on a long Midwest haul, through parts of Indiana, Illinois and Wisconsin, where Lawsonia Links (and its $35 twilight rate) was a revelation: a course he places firmly in his U.S. Top 100. “I don’t follow a strict methodology,” Brown says of his approach to rating. “I mostly think about the quality of the walk, the inspiration of the setting and the strategic demands that each hole presents.”

As a kid growing up on the Monterey Peninsula in the early ’70s, Curley worked as a cart attendant at Spyglass Hill and as a fill-in caddie at Pebble Beach. But the layout he liked best was Cypress Point, which transfixed him in its routing from dunes to pines to coast. Nearly half a lifetime later, the Alister MacKenzie gem remains his favorite. But as an architect himself, Curley, 60, now has a broader view of golf design. “If you start with a spectacular property and give someone carte blanche, I’d like to think that almost any decent architect could do a pretty good job,” he says. When taking stock of a completed project, Curley gives careful thought to what it took to create it. Was the land unfriendly? Were there zoning restrictions? An owner whose priority was selling homes? Not all flaws are forgiven. “If you bury a bunch of elephants under the greens, I know the coastal commission didn’t make you do that,” he says. But, he adds, “I’ve got a special affinity towards someone who takes a difficult site and turns it into something memorable. There aren’t very many people who do that well.”

John Dempsey likes to get around. He lives in Pinehurst, where for 30 years he’s served as president of Sandhills Community College — and played bucketfuls of sandy golf. He spends chunks of each spring in Florida, tracking the preseason fortunes of his beloved Phillies and exploring new courses. He also has a summer home in Scotland — despite his Irish heritage. “I caught the golf bug as a student at Notre Dame,” he says. “While everyone else went to class, I’d take my Arnold Palmer starter set to the campus course and play for a $1.50.” A rater since 1995, Dempsey has two trustworthy rules of thumb when it comes to assessing a world-class track. “The quality of architecture I enjoy most is when I walk up to the ball and there are five different ways I can hit the shot. That’s when you know you’re playing somewhere special. That, and when you walk off 18 and ask, ‘Can I do that again?’”

In his multi-faceted career, Halyard, 61, has co-produced albums for Stevie Wonder and documentaries for Avatar Films/Sony Pictures. But the credit that caught GOLF’s attention was his work related to course design. In 2015, while serving as golf and greens chairman at Cedar Rapids Country Club, Halyard emerged as a driving force behind the architect Ron Prichard’s artful restoration of Iowa’s only Donald Ross layout — a project that has vaulted the once overlooked course to the precipice of GOLF’s latest U.S. Top 100 list. Halyard’s involvement with the redo was a first for man who’d dabbled in golf as a kid but only really started playing when had children of his own. His midlife embrace of course design has been impassioned, and it’s driven him to other creative endeavors, including a documentary, now in the works, on the making of Mike Keiser’s Sand Valley. “What I’ve really come to appreciate is the way that great course architecture, when it’s made available to the public, can affect the surrounding community,” Halyard says. “It can attract economic development and enhance life for people of all backgrounds. And once you start to understand it, it can also help you play better golf.”

Gary Lisbon helps GOLF’s ranking go global and look gorgeous along the way. The course photographer and trip organizer thinks about and takes pictures of the world’s greatest courses 365 days a year. No days off? Sounds like a luxury. From an early age, he was fascinated by course architecture, drawing loops on his own. Now, Lisbon is a proud member of Royal Melbourne, and he’ll put it up there with the best of the best. “Ten years on, I’m still realizing nuances and subtleties that I never knew existed,” Lisbon says. “That’s a hallmark of a great course.” Hauling his camera and clubs, Lisbon has played about everywhere. Twenty-one countries and 500-plus courses by his count. Next on his list is a trip to Canada in 2020. You can bet that Cabot Links is on the docket.

Mackenzie didn’t grow up playing golf. Her sport was skiing, a passion she parlayed into a career as an executive at the ski apparel company Kjus. In 2013, when Kjus expanded into golfwear, Mackenzie took up the game herself, and, she says, “I fell in love immediately with the architecture.” On the course, as on the slopes, Mackenzie was struck by the beauty of the landscape, and the artful obstacles it threw in her path. The more carefully she studied the world’s greatest layouts, from Golden Age classics to modernist gems, the more she came to see a kinship between a round of golf and a downhill run. She looks at both in a similar light. “Each is meant to take you on a journey,” says Mackenzie, 42, who was named president of Kjus earlier this year. “So you’re really trying to strip away all the external factors — the weather, the clubhouse, how you’re playing, the people you’re with — and ask yourself, ‘How compelling is it to go from point A to point B?’”

When it comes to course raters, there are players and there are players. Lukas Michel is the latter. In September, the Aussie caddie became the first non-American to win the U.S. Mid-Am, which, understandably, has him thinking about a playing career. But he’s already a full-time appreciator of a proper layout. “Living in the heart of the Melbourne sandbelt and playing the great courses here, it’s difficult not to be passionate about great design,” Michel said. No doubt. But his true competitive advantage as a rater comes from competitive travels, which have taken him from Portrush to Pinehurst and beyond. During event weeks, he usually gets to play a course five or six times. “That way, you’re actively engaged in understanding the strategies presented on each hole. I come away with a richer understanding of the architect’s design intent.” And a lower score than us mortals.

For Kristel Mourgue d’Algue-Lawton, one of our newest raters, good course management requires an understanding of good course design — something she was lucky to acquire at a very early age. Both of her parents played on national French teams, in addition to building golf courses in France and Africa. “The more I understood the intricacies of architecture,” she says, “the better my scores were and the more fun I had.” Though she is a scratch player — and the winner of nine national French titles herself — she says the ability to assess a course is “not a question of handicap; it’s a question of having studied the architecture craft and played enough diverse courses to have an overview of the world’s courses.” Kristel, unquestionably, is more than qualified on all fronts.

Atlantic GC’s loss is GOLF’s gain. Until his retirement last October, Bob Ranum was the only superintendent the Rees Jones–designed course in Bridgehampton, N.Y., ever had. Ranum’s overall greens-keeping career spans 43 years — 30 of them at Atlantic. Now he’s a member there and one of GOLF’s newest raters. In the coming 12 months, Ranum has plans to play 47 courses in 11 different states. “I told my wife, ‘For the next four or five years, we better keep our bags packed,’” he says. After a long career in the game, Ranum knows what appeals to him when it comes to course design and architecture. “I’m a big angle guy and green-contour guy,” he says. “I like wide fairways because they give you different avenues and angles to navigate. And I definitely prefer treeless courses. Give me a design with windswept fescue over treelined any day.”

At 75, Rudovsky is retired from a long career in finance, but he still crunches numbers. Among the ledgers he keeps is a spreadsheet of every golf course that has ever appeared on a major U.S. or World Top 100 list. As of 10 months ago, there were 576 layouts on that roster, and Rudovsky had played them all. His golf adventures, which have taken him to 45 countries on six continents, are driven, Rudovsky says, by an eagerness to “learn about architecture, meet great people and see the evolution of golf design from the munis in Queens, New York that I grew up on to the most famous courses in the world.” Plus, he notes: “I’m Type A, so I like making and crossing off lists.” Since late last year, four new courses — in Oregon, Australia, China and Brazil — have made it onto Rudovksy’s ever-growing spreadsheet. Count on him getting to those before long, too.