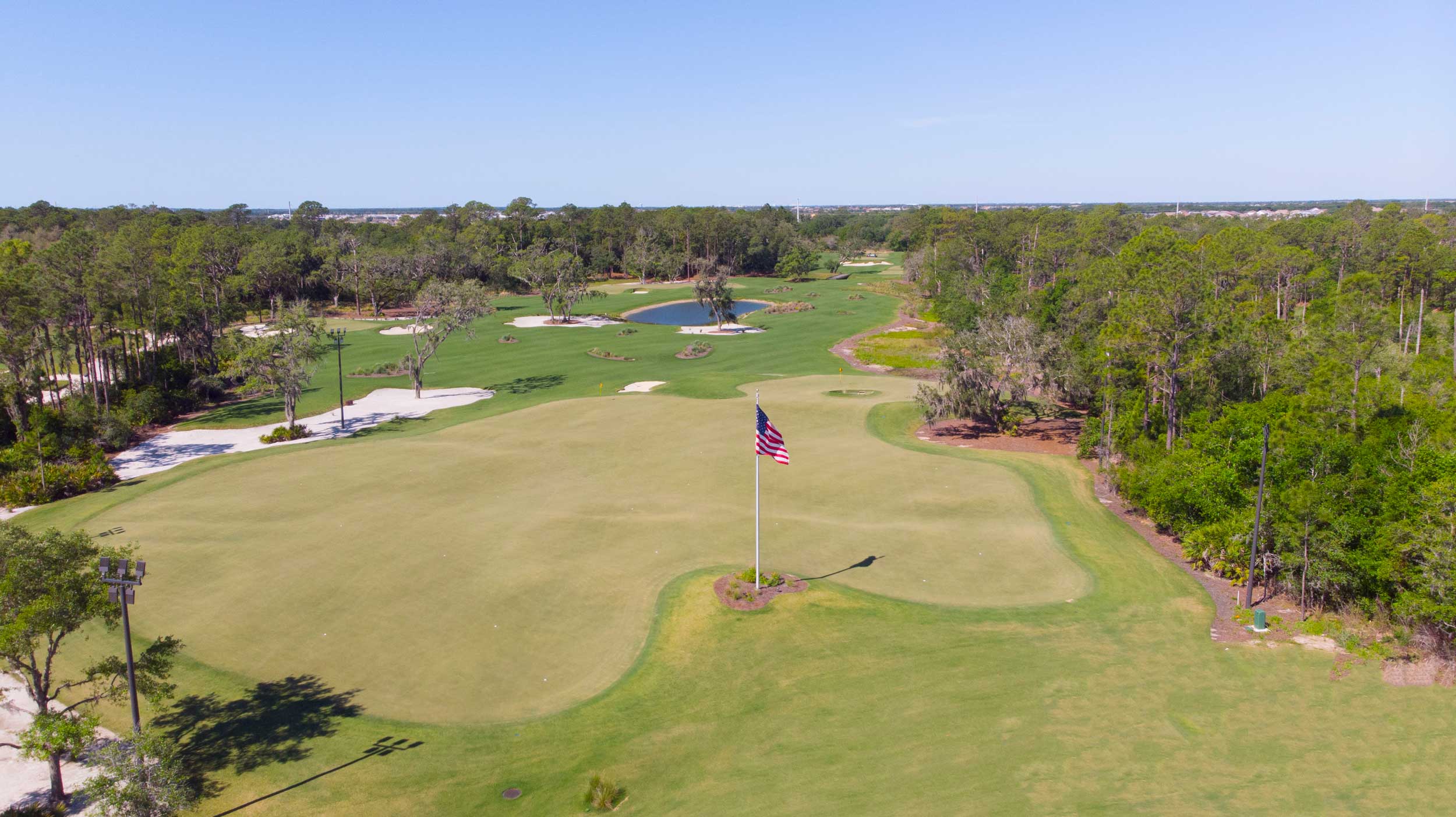 The one-acre putting course at Concession with the par-3 course beyond it.

Jack Nicklaus and Tony Jacklin are forever joined in history by “The Concession,” Nicklaus’s famously sporting gesture to his singles-match opponent at the 1969 Ryder Cup. But the two golfers are also connected by their co-design work at The Concession Golf Club, in Bradenton, Fla., a property that has received far less attention than the two-foot conceded putt for which the club is named.

Since it opened in 2006, the private club has remained largely out of the spotlight. That’s changing this week.

With the World Golf Championships-Workday Championship at The Concession kicking off Thursday, golf fans got their first televised look at one of Florida’s most challenging tracks, a 7,500-yard-plus, water-laden course with slick, contoured greens that evoke the putting surfaces at Augusta National.

Even before a recent lengthening, The Concession had slope and course ratings of 155 and 77.6.

So yeah, viewers can expect to watch the world’s best players taking on a sizable test all week long.

What they won’t see much of are two other highly entertaining venues at The Concession: a putting course called Snake Acre and a par-3 course with an aptly thematic name: the Gimme.

Nicklaus Design, which is an affiliate of GOLF.com’s parent company, 8AM Golf, built both courses in late 2019, taking advantage of an unused swatch of land that was given over largely to live oaks. A number of those oaks were relocated to other points on property, leaving a blank canvas for challenging short-game fun.

True to its name, the putting course occupies one acre and offers all kinds of snaking putts. The Gimme, for its part, is a 9-hole course, with ample artistry and variety.

According to Chris Cochran, senior design associate at Nicklaus Design, the holes range on average from 85 to 125 yards, with the longest stretching to 185 yards. In addition to testing a player’s touch and precision, the course provides a showcase of iconic architecture features, including an island green and a Road Hole green, as well as a Biarritz and a punchbowl.

“We thought it was a pretty small piece of property — it’s only 8 acres and an eighth of that is putting green,” Cochran says. “But it’s a lot of fun. We got nine holes in there, with a huge amount of variety. And we had fun using template holes from the history of the game.”