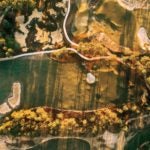 Fast conditions like those that often take shape at Pinehurst Resort give pros fits but add extra yards.

A healthy tension exists between the architect and the player. On the one hand, the architect must make the golf engaging by putting obstacles in the player’s way. Otherwise, what’s the point? Understanding the player’s perspective is a bit trickier, because, in broad strokes, there are two basic kinds of players. The vast majority — 99 percent — play for recreation, while the 1 percenters do it as a vocation. (Sure, there are several thousand amateurs who approach the game with a similar discipline to the professionals, but they are a drop in the recreational bucket.) Though the number of ace players is tiny, they obviously wield outsize influence given the massive visibility of broadcast golf.

With no potential paycheck to stress over, the recreational player looks to get other rewards from the round. The chance to connect to nature. To spend time with friends and family. To puzzle solve. The professional takes an understandably dimmer view of obstacles that he perceives impede his ability to earn a wage and support his family.

All of which is to say, different strokes for different folks. Here are some key design features almost guaranteed to elicit divergent responses from amateurs and pros.

Professionals, bless their cotton socks, usually hit where they aim, so naturally they prefer to see what they’re supposed to accomplish. Pete Dye, to cite the most well-known example, felt it was an architect’s duty to get the player out of his comfort zone. Blind shots do just that via the fear of the unknown. The amateur is less fussy — if a shot must be launched over the brow of a hillock or sand dune, well, here goes nothing! Thus, come British Open time, pros tend to like the visibility of the fairways at Royal Birkdale, while architecture aficionados prefer how the holes at Royal St. George’s hit the landforms in varied ways — including the classic “up-and-over” blind tee shot at No. 7 with its skyline fairway.

When Joe Pro pipes one down the center of the fairway, his not unreasonable expectation is that’s where he will find his ball — in the center of the damn fairway! Should he come upon it in a bunker surrounded by short grass, smoke may be visible from his ears. Clever Tour-hosting designs like Trinity Forest and TPC Boston produce such reactions, as they feature the occasional central hazard. The architecturally savvy amateur instead appreciates that the most meaningful place for a bunker is one in the direct line of play, forcing a decision. The Golden Age of Architecture arguably kicked off at the turn of the last century when Stuart Paton famously inserted two bunkers into the 4th fairway at England’s Woking Golf Club, a bastion of amateur golf.

3. Greens sloped from back to front

Once pros get the measure of a course, they go straight into attack mode. Most designs unwittingly help them get dialed in by presenting the same target over and over, which is to say, 18 greens that slope conventionally from back to front.

If that variable doesn’t change, the pro can lock in on the (repetitive) task. Conversely, the surest way to create doubt is to provide something different that keeps him off guard. Few things do that better than a front-to-back sloping green, which involves a complete change of mindset.

The front-to-back 1st and 10th greens at Oakmont magnificently send a loud and clear message that this playing experience is going to be different, Buster. The bruised pro may well tell you that the best thing about Oakmont is leaving; I’ve got it in my world top 5 because the course makes so many different asks of the player.

The greenkeeper plays a starring role here. Amateurs love lightning-fast conditions, not least because tee balls run forever. It’s why so many cherish an annual trip across the pond or to the fescue fairways of a Mike Keiser project above other playing experiences. From the pro’s point of view, a ball that keeps rolling is like a wandering teenager — it’s likely going to find trouble. Professionals are control freaks when it comes to their golf ball, and anything that unsettles that notion is problematic. I had a firsthand view of this at the 2014 U.S. Open, where Pinehurst No. 2 was carefully dried out to perfection. The 50-yard-wide fairways suddenly became a lot more narrow based on their angles to the tees, and the brick-hard, crowned greens, with gravity as their accomplice, had everyone thinking defense first for a change.

I can’t imagine standing over a putt for any significant amount of money, much less one for tens of thousands of dollars. The expression that ends with “putt for dough” clearly hits home when golf is your job. Ergo, greens with wild contours that stand between the pro and the promised land are frowned upon by the play-for-money set. The U.S. Open at Winged Foot will no doubt have plenty of gnashing of the teeth. Meanwhile, an invite to play at Winged Foot is among the most cherished opportunities in the sport for an amateur who will never forget one-off putts to perimeter hole locations that can break upward of 20 (!) feet.

Looking for a course that possesses all five design attributes? What else: The Old Course at St. Andrews. Tiger Woods, Jack Nicklaus and Bob Jones have all won there. Do I think the features above helped identify the three greatest golf minds of all time? You bet. Should modern architects look to incorporate more of them into their designs? You bet. But then again, I’m just an amateur.

What it's like playing The Loop at Forest Dunes, Tom Doak's reversible golf course