Tour Confidential: Who wins the PGA Championship at Kiawah Island? 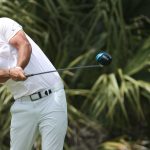 Brooks Koepka hits his tee shot on Saturday on the 2nd hole on the Ocean Course at Kiawah Island.

The PGA Championship enters its final round, and nine players are within five shots of the lead on a testing Ocean Course at Kiawah Island. Phil Mickelson, after a smooth front nine and a rocky back, leads by a stroke. Brooks Koepka, seemingly always present in majors, is one back. Three South Africans are in the chase. Bryson DeChambeau, last year’s U.S. Open winner, is five behind. And of course, someone could go very low on Sunday. Who brings home the Wanamaker?

Sean Zak, senior editor (@sean_zak): I hate to be such a wet blanket here, but Koepka is going to win. Golf’s Death Star is back to just cut, cut, cut away at the lead and be the last man standing on the back nine on Sunday. This is reminiscent of the U.S. Open at Shinnecock. Eventually, it was his to lose. He doesn’t buckle.

Tim Reilly, Director of Social (@LifeofTimReilly): We have a battle of the mentally stable vs the mentally unstable in Brooks vs. Phil. I think we all know how that ends. Brooks will match Phil’s five majors come Sunday night.

Zephyr Melton, assistant editor (@zephyrmelton): Every shot Phil Mickelson hits has crowds holding their breath. He’s just as likely to rope-hook one into the water as he is to pull off the impossible. Just like old times. I like Lefty to get it done on Sunday and add yet another chapter to his legend.

Josh Sens, senior writer (@JoshSens): Brooks is the obvious choice. How often does the obvious happen in golf? I’ll wager on King Louie to find his putting stroke and catch both Koepka and Lefty from behind for his long-awaited second major.

Jessica Marksbury, multimedia editor (@Jess_Marksbury): Great call, Josh! So many missed opportunities for Louis today. Still, I think he’ll end up short again. My heart wants Phil to get the job done, but my head says it will be Brooks.

Dylan Dethier, senior writer (@dylan_dethier): Is Xander still in the mix? [Checks notes.] My forecasting has been horrific all week, so let’s keep it going. Phil Mickelson was incredible today. He was unconscious the first 10 holes. He duct-taped it together the final five. He hit a whole bunch of big-money irons. But it looked exhausting. Brooks Koepka wins by four.

Luke Kerr-Dineen, Game Improvement Editor (@lukekerrdineen): Probably Brooks, but that’s a boring prediction, so how about we take a swing on our Playing Editor, Bryson DeChambeau? Five back and teeing off three groups ahead of the final pairing, it hasn’t gone quite right for him so far, largely because of a small number of annoying mistakes. But of anybody on this leaderboard, Bryson’s distance offers him the most go-low potential. I could see him posting a score and watching the leaders struggle from the comfort of the clubhouse.

Nick Piastowski, senior editor (@nickpia): Phil. Mickelson is tied with Brooks entering 18, after dunking his tee shot on 17 in the water. Then he misses the fairway. Then the green. Only to hole a pitch shot and win by one. Let’s go.

Alan Bastable, executive editor (@alan_bastable): You’re all wrong! Gary Woodland FTW. Dude made three — count ’em, three! — doubles today and is just five back. Love his potent combo of muscle and touch on this course. If he can eliminate the big miss Sunday, I like his chances.