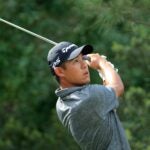 Collin Morikawa at the Concession Golf Club on Sunday.

Check in every week for the unfiltered opinions of our writers and editors as they break down the hottest topics in the sport, and join the conversation by tweeting us @golf_com. This week, we discuss Collin Morikawa’s victory, The Concession Golf Club, Brooks vs. DJ, Annika Sorenstam and more.

Tiger Woods is in the thoughts of the Tour Confidential crew. We wish him a full and speedy recovery.

1. Collin Morikawa picked up his third PGA Tour title in eight months on Sunday, coolly winning the WGC-Workday Championship by three strokes over a chase pack that included Brooks Koepka and Viktor Hovland. For all the recent talk about the importance of distance in the pro game, Morikawa has excelled with a 295-yard driving average, which isn’t short by Tour standards, but isn’t long, either. (In fact, 295 is exactly the Tour average.) In your mind, which part of Morikawa’s game has most powered his success?

Michael Bamberger, senior writer: His head. Just seems like a level-headed, collected person who is going to make good decisions under stress and not get too down when things go south or too up when he’s riding high.

Josh Sens, senior writer (@JoshSens): You don’t notch four Tour wins by such a young age without having the intangible Michael mentions. But if we’re looking at hard numbers, it’s his iron game, as the stroke-gained stats confirm.

Sean Zak, senior editor (@sean_zak): Everyone knows about his irons game, but really he’s just so damn confident, and hasn’t let his putting woes seep into other parts of his game. He expected all this success, even if that’s an unrealistic point of view. He’ll expect to win at the Players, too, and his ballstriking will surely push him into contention.

Dylan Dethier, senior writer (@dylan_dethier): Irons, irons, irons. I spent a bunch of time walking with Morikawa this week, and I was struck by just how many times he hit an iron to the smartest possible portion of the green. When we’re writing instruction articles, I often reference making “aggressive swings at conservative targets” and when he’s on, Morikawa has both the brains and the surgical precision to execute on that like nobody I can remember save perhaps Tiger Woods.

2. The WGC-Workday was played for the first time at The Concession Golf Club in Bradenton, Fla.; Concession was a late fill-in for the usual venue, Club de Golf Chapultepec, in Mexico City. Though Morikawa finished at 18 under, Concession was no pushover, presenting the field with a variety of risk-reward decisions and challenging shots, especially around the greens. Would you like to see Concession worked into the regular Tour schedule? (Disclosure: The course was built by Nicklaus Design, which is an affiliate of GOLF.com’s parent company, 8AM Golf.)

Bamberger: Yes and no. Looks like a course you could make as hard as you want, but more WGC events need to be played beyond the lower 48.

Sens: Definitely high entertainment value. As we saw with the wild fluctuation in scoring, it would be especially cool as a match-play venue.

Zak: Yes! But damn that’s so many good courses in a short span. Could we get it in … October? Is that crazy talk? I just hate seeing players pass up courses like Pebble in favor of other events/tournaments. February and March have TOO much great Tour golf.

Dethier: Oh yeah. I love the chaos! For reference, Riviera, which is notably difficult, extracted 97 double bogeys and five “others” from the field at last week’s Genesis Invitational. This week, in a smaller field at the WGC-Workday, players made 110 doubles and 26 “others” — and the greens weren’t even close to full speed! As a fan of chaos on Tour, I’m in.

3. Brooks Koepka, who won the Waste Management Phoenix Open three weeks ago, had another strong start at the WGC, finishing at 15 under, good for a tie for second. In the first two rounds, Koepka played with his one-time bash brother, Dustin Johnson, and outplayed him by a cumulative 12 shots; Johnson went on to finish at five over for the week and in 54th place. Prop bet time! Whose cumulative score in the 2021 majors will be better: Koepka’s or DJ’s, and why?

Bamberger: Koepka. Even when Dustin Johnnson is going great, he has a much wider range of scores. He doesn’t bring it again and again. Koepka does. Koepka has a far better chance of playing 288 holes, which is the starting point for this wager, as I read it.

Sens: It’s hard to bet against Koepka’s record in the majors when he’s healthy. But whatever happens, along with Jordan Spieth’s revival, the Koepka-Johnson question points to what I think promises to be the most compelling throughline of the 2021 season. Given their shared past and the kind of game they both play, they’re the closest thing we have in the game to a rivalry, so they’ve that going for them. As a bonus, I suspect we’ll see them paired in the majors more than once.

Zak: The answer is DJ. Brooks has never really peaked in February and March before. Can he stay hot All Year Long? DJ might be playing some average golf right now, but he’ll dial it in soon enough to be in contention a bunch this summer.

Dethier: Dustin Johnson is the best golfer in the world. If we’re getting even odds, how could you avoid him here? Once he gets his driver worked in, he’ll be back in time for major season.

4. Fifty-year-old Annika Sorenstam, playing in her first LPGA event since 2008, impressively made the cut at the Gainbridge LPGA, but she said Sunday that it’s unlikely that we’ll see her play another LPGA event. “My level of golf is not where it needs to be,” she said after finishing 74th. “I know I don’t have the motivation to get there. I don’t even know physically if it’s possible.” What do you think? If Sorenstam did motivate and fully committed herself to playing full-time again, could she be competitive on the LPGA?

Bamberger: Competitive? Yes, she could make cuts regularly and top-10 now and again and maybe win a couple of events if she played in 45 tournaments over three years. That would be meaningless to her.

Sens: She could put herself into the mix, no doubt. But competitive isn’t dominant. There’s just too much young talent out there for that to happen.

Zak: I loved seeing her back out there. She had all our attention during the peak of her career. The women’s game is even more robust now, too. But realistically, she’s telling the truth. It’s a lot to ask out of an older player. Will I tune in to more female senior events? Hell yeah.

Dethier: I wish she’d play a few more events, just because I love the idea that she could possess this winning X-factor, not use it for 13 years and then tap back into it once she’s back in competitive play. But I understand why she wouldn’t.

5. In the second round, Sorenstam received an incorrect ruling from an official that cost Sorenstam a shot. The rules don’t allow for retroactive corrections in the case of a bad ruling. Should they?

Bamberger: I think it can be done, and it certainly has been done. Bob Jones was the ultimate rules authority at the Masters. But in this situation, Annika holed out after taking a drop, and that complicates matters. Her play on the hole unfolded a certain way because of the incorrect decision, and you can’t get that back. Had she played two balls, one from the open gate position, one as instructed, she could have counted the open-gate score at the end of the day. She had the right idea, and Annika, at least by reputation, is a rules expert.

Sens: Yes. It has already been proven to work in other sports. Of course, even retroactive rulings aren’t always perfect. But on balance, they’ve been a good thing, producing fairer outcomes. Golf prides itself on fairness. Why not take a very manageable step toward ensuring it?

Zak: Why not? Once again, it seems like common sense can be applied to the rules of golf, but sometimes the rules don’t want to listen to common sense.

Dethier: Yes. But in this case, I don’t think it would have quite worked out unless, as Bamberger says, she’d played a second ball.

6. GOLF’s latest iteration of ClubTest dropped earlier this week. (Check it out here!) Every golfer has a club that holds a special place in their heart. When you look back on all the gear you’ve played through the years, which single club (or set) do you most treasure?

Bamberger: An Otey Crisman mallet with a wood shaft, leather grip and brass insert that I used for about 20 years and never yipped once with it. I might have to dig it out, though I think the shaft warped. Also, its feelings got hurt when I went to a steel-shafted, stubby-toed T.P. Mills, with shoe polish on it to diminish glare, which I found more effective as a chipping club on fast, dry fairways. A scorned putter doesn’t do anything for its owner. You might as well yard-sell it and maybe I already did.

Sens: Sometime in the ’80s, the childhood friend who introduced me to golf gave me a Ping Anser putter (Scottsdale edition) that was, for decades, the only putter I ever used. It went mysteriously missing from my bag a couple of years ago. I know that it was of some financial value. But it was the sentimental loss that really hurt. In my admittedly revisionist memory, that putter never failed me. I don’t think i’ve made anything outside of 5 feet since.

Zak: The Adams 3-hybrid (with regular flex shaft!) I was gifted by Eamon Lynch back in 2014. It was collecting dust in his office at the time, but has now been in my bag for nearly seven years. It’s rather obedient.

Dethier: I’d never used anything more lofted than a pitching wedge until I scored a used Nike 56 degree wedge my freshman year of high school, and I basically chipped with nothing else for the next six years. I’m now a convert to the world of the 60-degree, but I’m not sure my chipping has necessarily improved. …