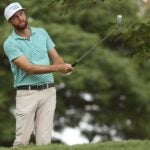 Chris Kirk's Sunday didn't end in a victory, but he basically got everything he wanted by finishing second.

Check in every week for the unfiltered opinions of our writers and editors as they break down the hottest topics in the sport, and join the conversation by tweeting us @golf_com. This week, we discuss Chris Kirk’s improbable rally, Kevin Kisner’s transparency and Jordan Spieth’s path back to the top.

1. Needing a T3 finish or better at the Sony Open of Hawaii to hold on to his PGA Tour card, Chris Kirk shot four consecutive 65s to finish tied for second, finishing just one shot behind Kevin Na. Kirk was 2 over thru three holes Sunday, half a dozen shots back and in need of a top 3 finish to retain full status on the PGA Tour via a major medical exemption. Well, he made seven birdies in his final 13 holes, including a great up-and-down birdie on 18 to clinch his card. Where does Kirk’s week rank among the best back-against-the-wall performances in recent memory?

Sean Zak, senior editor (@sean_zak): Perhaps my brain is fried, or perhaps there just isn’t another option but I’m struggling to think of one that includes everything like Kirk’s story. The personal battles, the down-to-the-wire drama, the early bogeys and the tricky pitch to clinch it? That’s all pretty damn great.

Josh Sens, senior writer (@JoshSens): It wasn’t to keep his card, but when I think gutty performances, I think of today’s winner, Kevin Na, at the 2012 Players. The man had the full swing yips. Could barely draw the driver back. Was getting heckled by fans as he twitched and balked on the tee. Most of us would have curled up and cried or simply packed it in. He finished 7th.

Nick Piastowski, senior editor (@nickpia): I love the Kirk story, and it is certainly among the greatest rallies in recent memory. But the man HBO just finished a two-part documentary about gets my nod. From where Tiger Woods was, to thinking of quitting the game, to where he finished at the 2019 Masters, in a green jacket, is as good a comeback as you’ll find anywhere.

Dylan Dethier, senior writer (@dylan_dethier): Incredible. I don’t know where to rank it because there’s no real way to rank this sort of thing, but what a stretch of gritty play when he needed it the most. What’s cool about the PGA Tour is that even on relatively quiet weeks like the Sony Open, someone is grinding for the future of their career. For Kirk to pull that off, given his backstory, is inspirational. 2. In a last-minute decision at the Sony Open, Tour officials added internal out-of-bounds stakes between Wailea’s 18th and 10th holes to prevent players from effectively shortening the dog-left left 18th by playing down the 10th fairway. Any qualms with this set-up tactic — i.e., forcing players to play a hole “as it was designed to be played”?

Zak: None at all! Players constantly look for an edge and there are only so many ways that tournament organizers can punch back against that pursuit. This was exactly that. It doesn’t happen often, but when it does, address it.

Sens: Totally fair game. And sometimes necessary, what with the way the modern game has come to overpower so many of today’s classic courses.

Piastowski: None at all. It was done for a safety reason — players on 10 would have had to carry umbrellas. And it’s been done before. A tip of the cap to Golfweek’s Adam Schupak for reminding us of the Hinkle Tree, added during the 1979 U.S. Open at Inverness Country Club to prevent a short cut. (On a side note, if we’re looking for off-the-wall ideas, it’d be somewhat fun to have a tourney where you’d first find out where such challenges are only when you arrive on Thursday morning — and then they change each day!)

Dethier: In general I feel like internal OB is symptomatic of a course design flaw, but in this case it’s probably just a sign of the modern power game. The rule was installed to prevent chaos — better late than never! That 18th tee shot is plenty intriguing as is.

3. When Bryson DeChambeau was asked last week how he would defend a golf course against Bryson DeChambeau, he admitted it’s a challenge, saying, “You really can’t combat the distance.” But he also said: “You can kind of control it a little bit with setting up cross bunkers short of the green where you can’t run stuff up like I could at the U.S. Open at Winged Foot.” If you were given the authority to tweak/set up courses on the PGA Tour, what measures — if any — would you take to try and neutralize the bombers?

Zak: I’d try and do exactly what the R&A did at Carnoustie in 2018. That course was firm, fast and proper. Those big greens were difficult. The bombers will always be the bombers; your job is to challenge other aspects of their game. That means closely-mown runoff areas around the greens. Firm fairways and greens. Precise placement of bunkers — pot bunkers, even — to make players think twice about where those long tee shots could become troublesome.

Sens: Keep it firm and fast. Holes with doglegs (and maybe even internal OB to prevent corner cutting). Tough pin positions that fall shy of tricked up. Beyond that, I don’t know what you do other than accept the fact that par is just a number. The player who shoots the lowest one still wins.

Piastowski: I agree with the above, and so I’ll toss another idea out for the conversation. Make the courses tighter. And shorter. If everyone’s hitting it in the same general area, then the bombers’ advantage could, theoretically, shrink. Or just grow out the grass to the height they did in some areas at last week’s Tournament of Champions.

Dethier: All good suggestions. If your only goal is to take away bombers’ advantages, you can certainly take drastic actions, like installing chasmic bunkers at the 315-yard mark on every hole or growing the rough progressively thicker and thicker the closer you get to the green. But you could argue that’s disproportionately unfair. Hitting it far and straight is an enormous part of the game. As long as the setup tests everything else, too, it’s more than fair game for big hitters to be the best golfers.

4. Speaking of distance, relative short-knocker Kevin Kisner (his 284.1-yard driving distance average ranks 217th on Tour) candidly admitted that there are Tour events in which he plays that he believes he “probably” can’t win. Do you suspect other shorter hitters enter tournaments with that mindset, and, if so, is it wise to let your competitors know you feel that way?

Zak: I don’t just suspect it, I know it to be true! Kevin Na mentioned it in his post-victory interview with Todd Lewis. He said there are certain courses where he knows he has a better chance of winning, and conversely other courses where he has a very low chance of hanging around. Jim Furyk told me the same thing in December. A lot of shorter hitters hold this mentality. And the long hitters know it. We all know it. You still need to get it in the hole.

Sens: As Sean says, no doubt. Players who don’t need to fight and scrap to keep their cards have been cherry-picking courses for years. Letting your competitors know you don’t think you can win doesn’t seem like a disadvantage. But why tell yourself that? It’s strange for a professional athlete to compete in anything having convinced him or herself that they don’t stand a chance.

Piastowski: Love the honesty. Though, yes, other players love to hear it. Brooks Koepka has admitted as much. I remember his quote from the 2019 PGA: “156 in the field, so you figure at least 80 of them I’m just going to beat. From there, the other — you figure about half of them won’t play well from there, so you’re down to about maybe 35. And then from 35, some of them just — pressure is going to get to them. It only leaves you with a few more, and you’ve just got to beat those guys.”

Dethier: I suspect Kisner’s trying to take the pressure off himself at the courses he sees as suboptimal. It’s definitely pretty funny, but it’s also a good reminder just how many guys on Tour are just trying to stay there. Piling up top-20s can seem much more achievable than taking down one big check.

5. Jordan Spieth, during an interview on the Gravy & the Sleeze show on SiriusXM PGA Tour Radio, said his work to return to a form that saw him win three majors has been “a difficult process.” Meanwhile, Butch Harmon told Michael Breed, also on Sirius XM, that he looked at Spieth’s swing when Spieth was playing the CJ Cup in Las Vegas. (Among other things, Harmon felt Spieth needed more width through his swing.) We’ve talked a lot about Spieth in this space, but at this point do you think his challenges are more physical or mental?

Zak: When you struggle to pull the club back for 20+ seconds on the driving range, as we’ve seen Spieth do at various times in the last year, yeah, I think it’s more mental than anything.

Sens: I don’t know how you disentangle the two. Clearly, Spieth’s swing issues have gotten into his head. And vice versa But he’s a fighter. Great mental toughness. He might look like he’s a long way from the well. But with a little tweak it could all start clicking again.

Piastowski: I think it’s maybe been a mental challenge for him to deal with the physical challenge. He was once at the top of the game. But from all I’ve heard and read, he certainly has the head to get back to where he once was.

Dethier: The mental invades the physical, I guess. He made it clear at last year’s U.S. Open that if he just makes a stock swing, thought-free, something bad will happen. If he’s right, there’s a mechanical issue. If he’s wrong then there’s just a trust issue. Chatting with Butch Harmon is almost always a good idea, though.

6. Our Michael Bamberger this week looked into the relationship between golf and music. What one song best describes your approach to golf?

Zak: “Wide Open Spaces” by The Chicks. Room to make a big mistake.

Sens: With apologies to my former co-author Sammy Hagar, “I Can’t Drive 255.”

Dethier: How ‘bout “As Good as I Once Was,” by Toby Keith:

I ain’t as good as I once was

I still throw a few back, talk a little smack