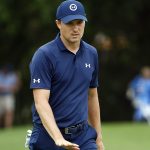 Jordan Spieth is nothing if not polite.

So when on Wednesday he was asked a question he distinctly did not want to be asked, he tried his best anyway.

The question in question has been among the most burning questions in the golf world of late, and it’s simplified to these four words: Is Jordan Spieth back?

And at first glance, you could answer the question two different ways.

Yes, of course he’s back, you could say. Spieth had plummeted to the edge of the top 100 in the world, but 2021 has revealed an entirely different player. Spieth has posted six top-five finishes in his last 11 starts, won the Valero Texas Open for his first trophy since 2017 and finished T3 at the Masters, among other promising results. How many players are performing at a higher level?

You could also argue that no, he’s not “back.” He hasn’t re-ascended to Peak Spieth of 2015, when he won the Masters and the U.S. Open and was unquestionably the best player in the game.

But there’s a third answer to that question, one that Spieth selected on Wednesday at the Memorial Tournament. Spieth was asked whether he’s currently closer to his career peak (2015) or career valley (2020).

“Probably right in between,” he said. He went on to explain what we already know: He’s currently in a better place than he was the last two years, but it’s tough to recapture the freedom of youth he had in 2015. Still, he’s studied older versions of his swing to pick out what might work better for him now.

“I know what I need to do, it’s just reversing tens of thousands of swings the wrong way and there’s a few different pieces to it,” he said.

But when the reporter pushed for more detail on this dichotomy of current-vs.-former self, Spieth answered more honestly.

“I mean, it’s weird because the only thing that I care about looking backwards is mechanically matching up to what I was doing. As far as any kind of comparisons to years or results, it’s literally the last thing that’s on my mind,” he said.

In other words, while Spieth is looking at his swing for inspiration, he’s not trolling his Wikipedia page, trying to make his current results match those of years past.

“I mean, I hate the word ‘back,'” he continued. “I hate that, ‘He’s back.’ I never went anywhere. This is all part of what happens in a career. There’s ups and downs. And I like looking forward and to what are the pieces that I need to put together for this jump-start, this new way that I want to be playing golf week-in and week-out.”

There’s an obvious connection to the press conference hot topic of the moment, which is tennis pro Naomi Osaka’s unwillingness to face questions from the media at this week’s French Open — a decision that ultimately led to her withdrawal from the event.

It’s hard to say whether Spieth has suffered from being asked about being “back.” There’s no question that he’s been asked multiple times. It seems reasonable to imagine those press conferences cementing some sort of doubt in his mind. Spieth has mentioned how difficult it is to play at a substandard level while facing such public scrutiny: “It’s almost impossible to struggle in silence,” he said earlier this year.

Spieth is himself the perfect example why both sides of that argument — those in Osaka’s camp vs. those who think athletes should speak to reporters — have merit. On the one hand, it seems cruel to submit athletes to painful questions about their performance. On the other hand, the process of fighting to perform and improve through successes and failures is exactly why we love sports. When Spieth lets us in on his mindset, we understand him more fully. We watch his golf shots with greater appreciation.

Spieth is climbing closer to his old spot in the world rankings. He’s making putts at a rate he used to make them. He enters the Memorial once again among the favorites in the field. But that doesn’t mean he’s moving back in time.