We’ve all been there. Playing a round with somebody who is really, really not playing well. They’re clearly not having fun. Maybe there’s a match on the line and you’re their teammate, or you’re that person yourself. Either way, it’s a tricky situation to navigate, and you’re not sure what to do next.

For as common as that situation may be for amateurs, pros may find themselves in it even more option. They’re competing for a living, and sometimes, things don’t go well.

And most times, the key to turning it around, Harmon and his guest Mel Reid explain, is knowing what not to say.

“My dad always tells me one of the most important things you can learn as a coach and as a caddy is what you don’t say,” he says. “If you say the wrong thing at the wrong time, it can all go to s—.”

You can listen to the premier episode of the podcast below, or scroll down for more.

What to say (and not say) on the course.

Chances are, if you’re on the range ahead of an important round of some sort, you know what the stakes are, and you want to play well. You may have some pre-round nerves that need calming. But that’s not the same as needing pre-round motivation, as Claude explained via a conversation he once had with one of his students, Brooks Koepka:

LPGA Tour star Mel Reid agreed, adding that if things aren’t going as you were expecting on the course itself, a pep-talk won’t help.

“If I’m not starting off great, [my caddie] won’t try to give me a pep talk. That doesn’t work for me.” 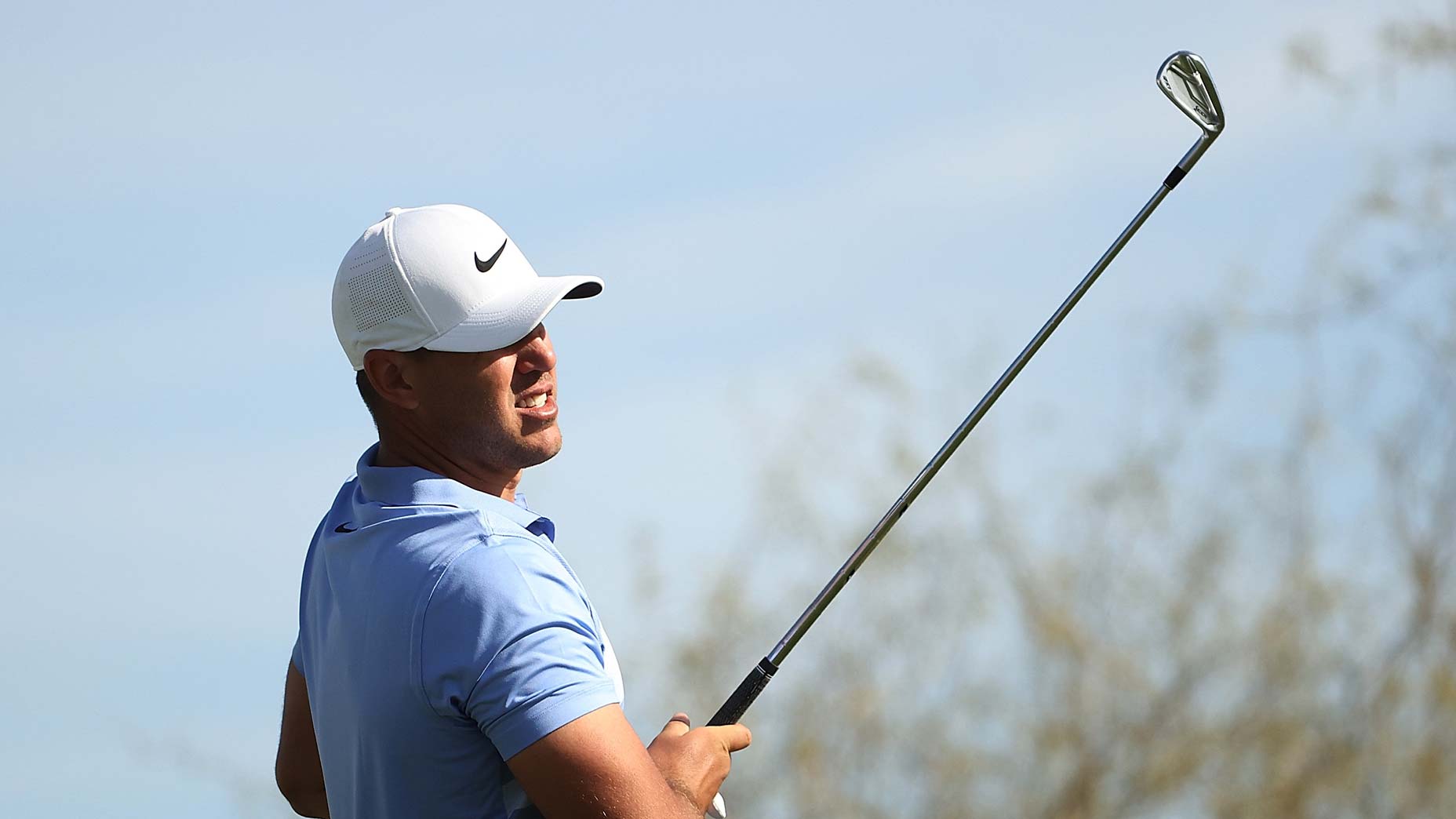 One thing that does help, however, is being honest and re-setting your goals.

Rather than pretending like a bad round isn’t going badly, Reid and Harmon agree that the best way to handle it is to be honest about what’s happening: Yes, you may be playing poorly. But let’s not try to turn it into a good round. Let’s try to make it a less-bad one.

It’s a small but important difference, Reid says, which helps re-set your expectations.

“He’ll be like: ‘Let’s see if we can get it back to even. Let’s see if we can make this putt. Little things like that,” Reid says. “Instead of being like: ‘Oh, it’s ok. It’s no problem…sometimes, you just need to figure it out on your own.