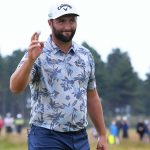 Jon Rahm winning a major championship came as little surprise to anyone familiar with golf. Since his days at Arizona State, Rahm has been on the path to superstardom.

But with that early success came lofty expectations, as well as an unenviable title — Best Player to Never Win a Major.

“What happens in golf when you play a high-quality game for two, three, four years, is that you get put on that “Best Players to Never Win a Major” list very quick,” Rahm said on this week’s episode of GOLF’s Subpar. “I’m like, ‘Guys, it’s been five years since I played in my first U.S. Open — 20 majors.’ Are you supposed to win a major always that quickly?”

Rahm pointed to the early success of players like Jordan Spieth and Tiger Woods as examples of those fulfilling lofty expectations early, but those are outliers. Typical timelines for success — in golf — even for some of the all-time greats — are much longer.

“There’s like four guys that did it,” Rahm said. “But then you have many cases where somebody like Tom Kite won [a major] in his forties for the first time. Phil. Sergio. Ben Hogan didn’t win his first till he was in his 30s and then won nine. There’s just so many cases where it doesn’t happen that early.”

Rahm said he had hoped he would’ve won his first major earlier, but those kinds of expectations are often hard to live up to.

“Not that I would say it was earlier or later,” Rahm said. “But it was at the right time.”

Check out the entire episode of Subpar below as Rahm talks Phil Mickelson’s role in his U.S. Open win, an unexpected gift he received after his Torrey Pines triumph, and more.