The author reacts to two shots in 2020

There is no doubt that 2020 will go down as one of the worst years in history. The only positive I can think of is that I played more golf than I had in the last five years. Now, more than ever, the course became a sanctuary.

Time on the course was a welcome escape from the world. Good shots felt better than ever. Bad shots, however, still felt as bad as ever. The good shots are what we’re quick to tell our buddies about, but those bad shots are what keeps us up at night. Bad shots are remembered in such great detail. The mind of a golfer can be a scary place.

I’m a 10 handicap. That means I’m capable of putting together stretches where I appear to be sandbagging, and then I mix in a few dreadful shots that the 10 makes perfect sense. In honor of 2020, these are the 20 worst shots I hit in 2020.

1) Tee shot on the 1st hole at Bergen Point

I played Bergen Point more than any other course in 2020. It’s five minutes from my parents’ house, where I found reprieve from New York City this summer. Despite knowing the course like the back of my hand, I couldn’t stop myself from hitting driver on the first hole. Trees on the left, a small pond just feet off the fairway left, marshland just off the fairway right, and trees further right.

This is a collective spot for the numerous times I put myself in a hole. When I would go in the trees on the left, the next time I would compensate and head for the marshland right. I never learned my lesson.

My local pitch-and-putt course was a great place to unwind after work this summer. The 87-yard third hole has long been my nemesis, for whatever reason. I told my playing partner, Brian Carley, that I always struggle here. A few seconds later, I chunked it into the water you have to clear that’s about 10 yards in front of the tee box.

Before the ball even landed in the water, I was already teeing up another ball. Right as the first ball splashed, I chunked it again. This par-3 owns par-5 real estate in my head…

4) Drive on the 9th hole at Tamarack Country Club

While playing with some friends from Arccos Golf, I was a little erratic off the tee. As you can imagine at a private club in Connecticut, the parking lot is full of nice rides. It’s also located in a problematic spot for any right-hander dealing with a slice on the 9th hole. Even more problematic if you’re a guest dealing with a slice.

You guessed it, I hit a big old slice. One of the few bright spots in 2020 was the sound of silence as I prayed to avoid a windshield. Nonetheless, it was a shot that gave me more stress than any other this year.

5) Tee Shot on the 5th hole at Poxabogue Golf Course

At just 62 yards, I fully expected to stick this shot close. I was so confident that I had my girlfriend record it. You know, for the ‘gram. Well, it ended up on the ‘gram alright…

I hit one of my best tee shots of the year on the par-5 3rd hole at Timber Point’s red course. I was sitting pretty with a shot at reaching the green in two. The problem is I was stuck behind a group who appeared comfortable with their Saturday round carrying into Sunday.

My dad pushed me to wait, and wait, and wait. He was right. These opportunities don’t come around that often. We both knew what was ultimately going to happen, but you HAVE to wait.

The green cleared. I stepped up. Topped my 3-wood a mere five feet.

There aren’t enough symbols on the keypad for me to transcribe what I said next.

7) Putt on the 2nd hole at Tamarack Country Club

I was warned the greens were fast. The members I was playing with told me. My caddie told me. My playing partner who was also a guest told me.

On the first hole, I chipped it tight and didn’t get much of a feel for the greens. On the second hole, I was just off the back on the fringe. My 50-foot putt ended with me 50 yards off the green.

I didn’t strike the putt that bad. The greens just really were that fast. I should’ve listened… 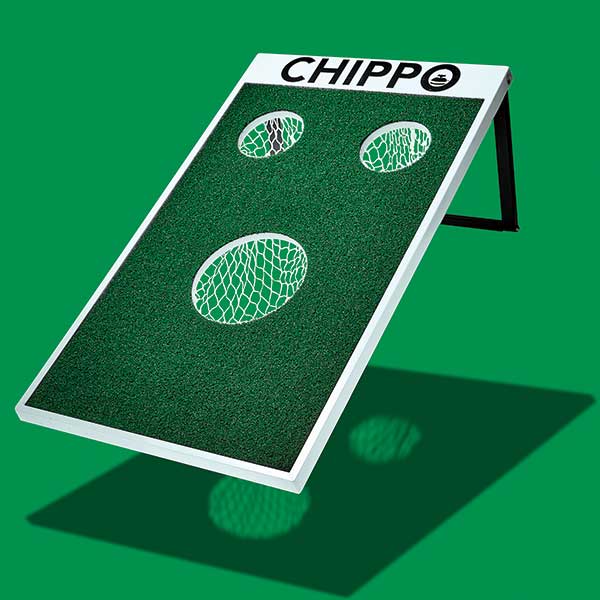 8) Chip on the 1st hole at Southward Ho Country Club

Prior to this round, I was dealing with a bad case of the shanks. I couldn’t stop hitting the ball 90 degrees to the right at the range. I was in such a panic that I even called our Instruction Editor Luke Kerr-Dineen for help.

I hit an uneasy drive and a nerve-racking tee shot to start off my round. Both fall into the forgettable category. But, I thought I had broken out of it. When I went to hit my 25-yard chip, that’s when my nightmare become a reality and the shanks followed me to the course.

I spent the rest of the day focusing on LKD’s advice to step back away from the ball and it actually worked! I felt like Bryson as I hung my head against a wall on the range that day.

My first reprieve from NYC during the initial COVID outbreak was to Windham Mountain in upstate NY. I found fresh air and refuge at the Windham House’s courses

The par-3 7th hole is only 90 yards but the green is perched on a hill. In my first round there I gave it too much credit and went with too much club. Not only did I overshoot the green, but my ball found the highway just a few yards behind the green.

No one was harmed…

It was equally frustrating to hit the ball well and find this much trouble as it is hitting a poor shot. A golfer can only handle so much!

11) Fescue on the 4th hole at Bethpage Black

While playing with GOLF staffers Josh Berhow and Luke Kerr-Dineen, I found trouble off the fairway. The Bethpage fescue is notorious. We were there to film a video of us playing the 15th hole, and I am very grateful we only recorded that hole.

I can still feel it in my wrist as I tried to get my ball out of the deep fescue the first time, and the second time. The first attempt made me laugh. The second made me question why I paid for cruel and unusual punishment.

12) Thick rough on the 18th at Winged Foot West

Speaking of rough, Winged Foot’s is as tough as it gets. You know what you’re getting into with fescue. What makes Winged Foot even more frustrating is that it appears to be similar to what you’d find in the backyard. It’s not until you give it a close look that it’s like your backyard grass on steroids.

I tried to reach the green in two despite a buried lie. This was just a month before the U.S. Open was to be played in even harder conditions. Why not try it?

I barely got my club through the grass and my ball barely moved.

13) Approach shot on the 3rd hole at Windham Country Club

Despite being a relatively short hole, the green is as hard as it gets to stick in two. The green can’t be more than 10 yards from front to back and there’s a crater of sorts just in front of the green, and a mountain drops off behind the green. No room for error.

I put my 3-wood in prime position for a nice smooth pitch onto the green.

I chunked it into the crater.

After my drive faded just off the fairway on the right, I had some branches to deal with on my second shot. I knew I had to keep it low, but I felt comfortable trying to punch it all the way at the green.

It looked good for a half second, then it knicked a branch and shot across the fairway deeper into treelined trouble than I was already in. Foreshadowing on how that round would go…

15) Splash on the 2nd hole at Timber Point Blue

This is one of my favorite holes to play. Great views of the Great South Bay and the green runs parallel to a marina of boats. It’s a postcard scene.

The sight of those boats proved too much as I hooked my ball left and bounced off the dock. Maybe I should’ve taken that as a sign to fish more and play less?

16) Bunker on the 15th hole at West Sayville

I KNEW something about this bunker didn’t feel right. It was shallow and black spots of the netting from underneath the sand were showing in some spots. Nonetheless, I played the ball as it lied.

I took a smooth swing and whack, my 60-degree struck a rock. A rock the size of a baseball. It was buried beneath my ball. This hurt more than any other shot of the year and I was left with another shot in the bunker, which I tossed out in anger, and a ding on my club to remember it.

17) Netting pole on the 9th hole at Bergen Point

There is high netting along the left side of the fairway to protect a nearby road and apartment complex. I’m used to getting friendly bounces off the netting that kindly places your ball in the fairway. On this day, however, my ball struck one of the poles holding the netting and sent my ball flying across the fairway pinned up against a tree.

My lowest career score is 78. I was in great shape to beat that when I got to the 18th. I hit a strong drive but was still left with a solid poke to hit the green with water waiting all along the right side.

A par would’ve given me a 77. I decided to stay aggressive and tried to attack a back right pin placement, thus forgetting I am a 10 handicap at that moment. I splashed, and my hopes and dreams vanished.

I had a second chance to break my mark of 78 earlier in the season. I needed to two-putt from 25 feet. The moment I struck my first attempt I knew I hadn’t hit it. It was one of those putts you don’t even want to look up to see what you’ve done.

With a good eight or 10 feet remaining, you’d think I would have learned my lesson. Nope. I left my putt a rotation or two short of glory.

'I plan on taking it out on you': Why Tiger Woods chirped Tom Izzo on the tee box

This 'Seinfeld'-themed U.S. Amateur group is real, and it's spectacular