On full blast: As the PGA Tour resumes, Maverick McNealy has never been more focused 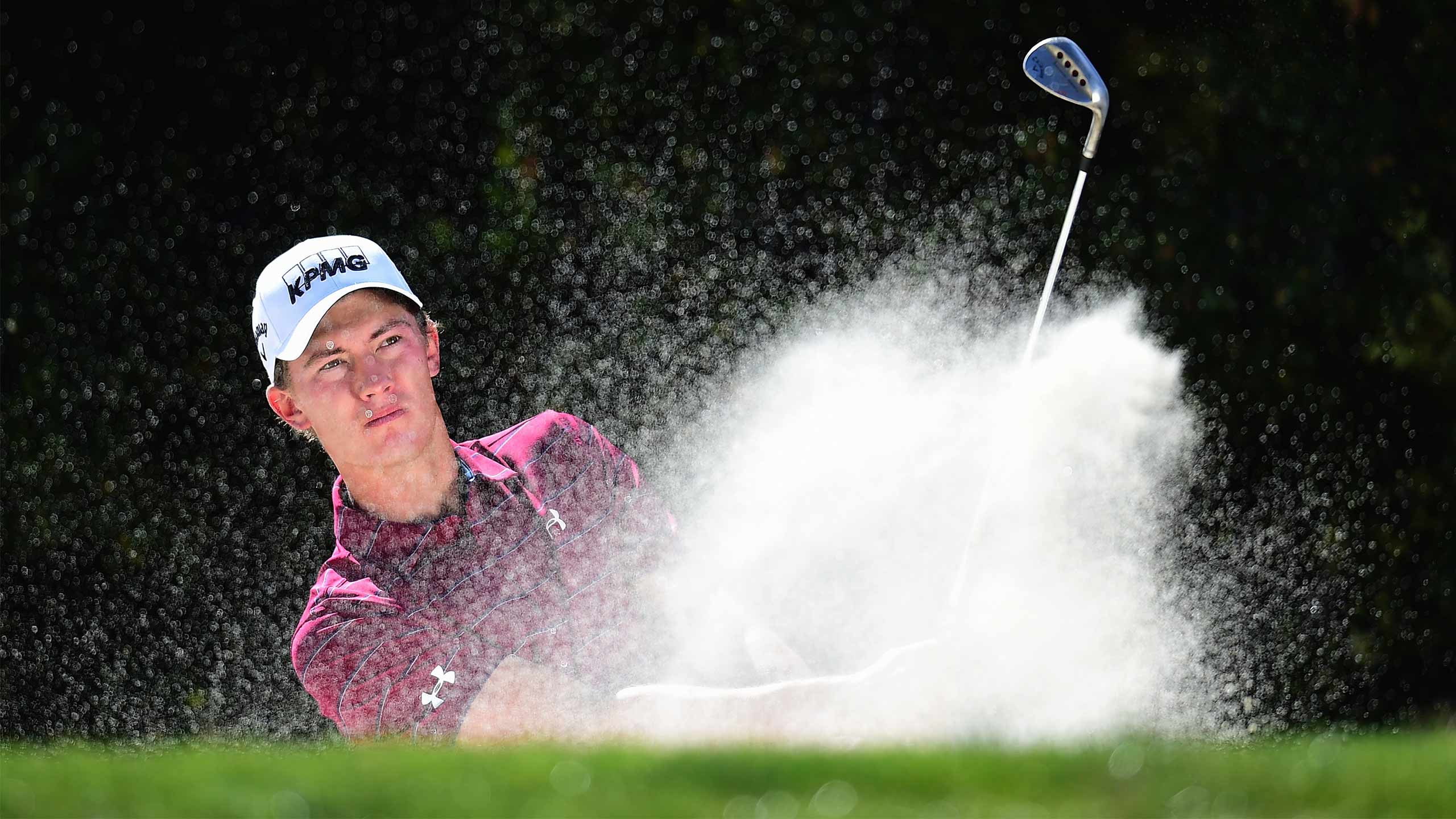 Before the PGA Tour paused due to the coronavirus pandemic, McNealy had finished in the top 15 in three of his last five events.

For the practitioners of an outdoor sport, PGA Tour pros are accustomed to tight quarters: locker rooms, hotel rooms, fitness rooms, trailers. Still, there’s only so much quarantine a man can take.

“I’d had enough of being inside,” Maverick McNealy says.

It’s a late-spring afternoon and he’s ringing in by cell phone while racing through the desert in his Ford Explorer, golf clubs in trunk, excitement in his voice. Las Vegas, where he lives, is in the rearview mirror, a city under lockdown, its courses shuttered. Ahead of him lies Scottsdale, an oasis at the moment, where golf is up and running. He’s on a beeline for it, a four-hour road trip just to get some swings in.

“I’m looking forward to some fresh air,” the 24-year-old says. “But more than anything, I’m itching to play.”

A lot of golfers have been feeling that way lately. But few have better reason to be champing at the bit. Among the many things cut short when golf pressed pause on the 2019–20 season was McNealy’s first campaign as a full-fledged member of the PGA Tour, and he’d been on a fine run, with 10 cuts made in 11 events, highlighted by a T-5 in wind-whipped conditions at Pebble Beach. A hot streak, you could call it, even if McNealy wouldn’t.

“‘Streak’ suggests it’s temporary,” he says. “I like to think of it as an indication of more to come.”

I’ve loved every minute. I’ve got the best office in the world. Maverick McNealy 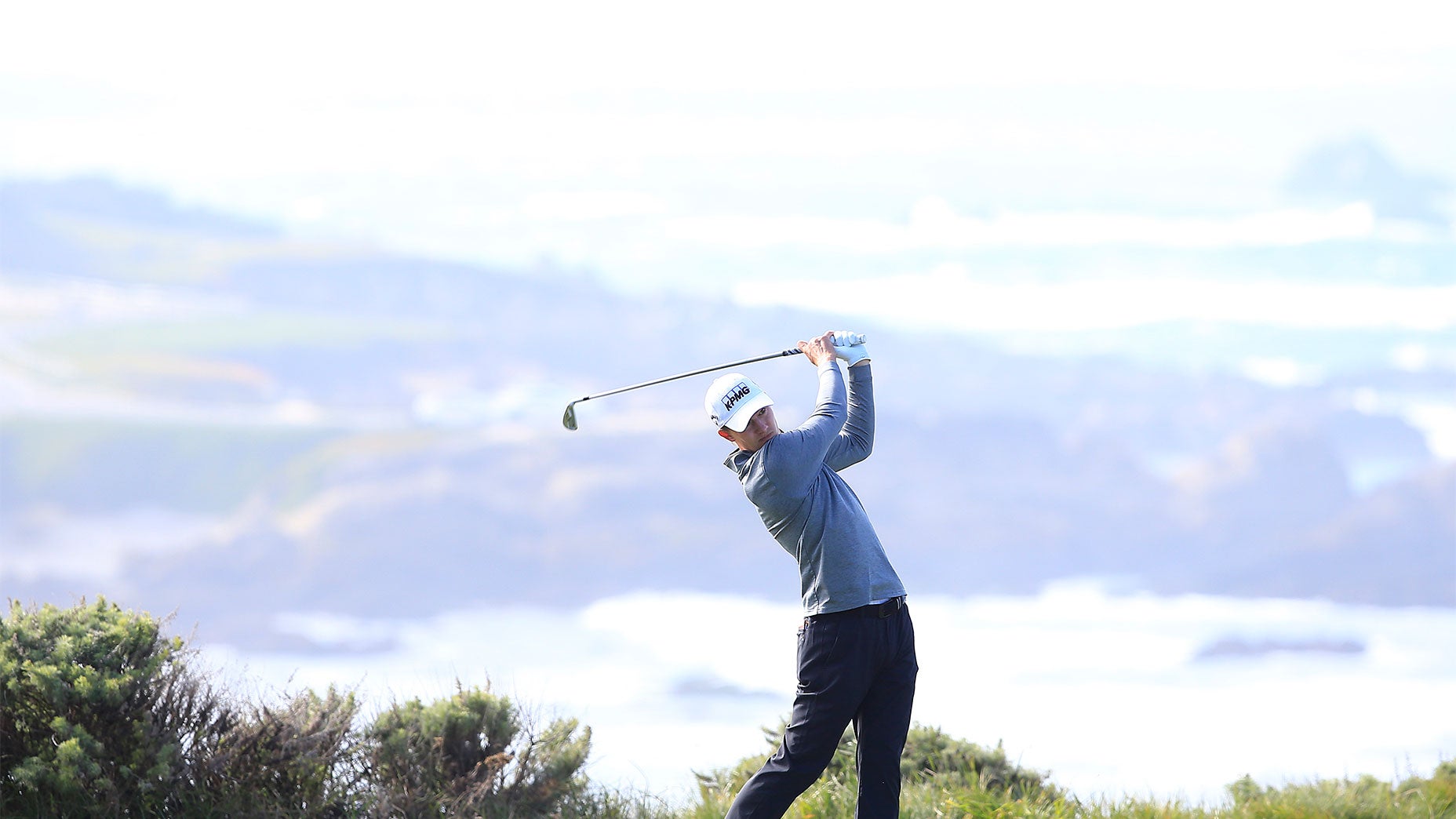 Lofty expectations are familiar to him, as they are for anyone who has followed his trajectory in the game. The oldest of four sons of Silicon Valley billionaire Scott McNealy and his wife, Susan, Maverick came of age in a tight-knit, type-A, sports-mad home. Hockey was his first love, and he played it at a high level as a junior. By his early teens, though, he’d made a full transition from ice to grass. Four years at The Harker School, the Stanford of Bay Area high schools, gave way to four years at Stanford itself. The term “student-athlete” gets tossed around too lightly. McNealy really was one, acing classes for his major in management science and engineering while absorbing lessons from his upperclassmen teammates, Cameron Wilson and Patrick Rodgers, both of whom combined the swagger of golf alphas with a deeply analytical approach to the game.

Drawing on their influence, McNealy began journaling about every round, detailing not only his swings and scores but also the thoughts and feelings they aroused. Sensing that his short game needed work, McNealy, in the absence of ShotLink data, devised his own Strokes Gained Putting system. The numbers demonstrated that he’d sensed right. Intense focus on the flatstick bore fruit quickly. In his sophomore year, McNealy won seven tournaments, matched Tiger Woods’ Pac-12 record for a single-round score with a 61 and walked off with the Haskins Award as college player of the year.

Like his three younger brothers — Dakota, Colt and Scout — Maverick was named for an American car. (Their grandfather was an automotive executive in Detroit.) That proved prophetic. He was driven.

“He was always an incredibly dedicated and detail-oriented student,” says Alex Murray, a noted Bay Area–based golf instructor who taught McNealy from his grade-school days until an amicable parting of ways last summer. “I’ve never met a young player who was more motivated to improve.”

For all his inner fire, press coverage often cast McNealy as a soaring talent who could take or leave the game. His monied background helped shape that perception (unlike many young golfers, he was not exactly working without a net), so did his high-profile, highly involved father, who once asserted publicly that his son could make more valuable contributions to the world by doing something else. It made for a good story: The number-one ranked amateur in the country was golf-ambivalent enough that he might not pursue a living in the game. McNealy himself might even have believed it. But in the summer of 2017, when he announced his intention to turn pro, the decision seemed so natural as to have been preordained.

“I’ve loved every minute,” McNealy says. “I’ve got the best office in the world.”

His pro career was not an instant rocket shot. But after failing to earn his PGA Tour card in 2018-19, McNealy fought his way onto the main stage by finishing the year in the top 25 on the Korn Ferry Tour. Last summer, while gearing up for his current rookie run, he began working with Butch Harmon, whom McNealy praises for, among other things, conveying complex concepts in simple terms. Distilling what he’s learned into layperson’s lingo, McNealy says: “Butch basically has me trying to be more athletic over the ball.”

The more buzzed-about change in McNealy’s life has happened off the course. For more than a year, he’s been dating LPGA star and Pepperdine grad Danielle Kang, a pairing that qualifies as opposites attracting. Even by the straitlaced standards of professional golf, McNealy is a far cry from a wild and crazy guy. He didn’t drink in college and still abides by the home rules of his childhood: hats forward, no piercings, no tattoos. The extroverted Kang, who also lives in Vegas, stands in marked contrast, and her outgoingness has, McNealy concedes, helped draw him out of his squarish shell.

“My friends all tell me that since I met Danielle, I’ve become a lot more fun,” he says.

While it would never be mistaken for a Justin-Rickie-Jordan spring-break getaway, the couple’s social-media presence strikes a cut-loose mood. It’s also altruistic. In early April, in their #ChallengeEachOther Instagram campaign, McNealy and Kang started doing just that as a Covid-19 fundraiser for a Las Vegas food bank. Their first challenge — juggling a golf ball with a club 10 times before catching it in a pocket — touched upon a trait they have in common: bottomless wells of competitiveness. As further evidence, consider the metric they rely on to measure the seriousness of a golfer.

To avoid the kind of agony he fears the most, McNealy asked his parents to ship something to him from California: an old plaid carpet that he had in high school. It’s now laid out in his garage in Las Vegas, the perfect putting mat and alignment aid. Through golf’s shutdown, McNealy had been using it to stay sharp with this short game. But he was so revved up he needed to shift into another gear. Among his goals this year is to play in the season-ending Tour Championship, and he knows what it will take to get there. Range time. Course time. Competition.

Out in the desert, he pressed the pedal of his ride, gunning for the road ahead.