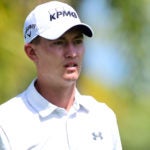 What does a PGA Tour rookie get up to when his season — and his profession — is suddenly put on hold? When the Players Championship was canceled and the Tour suspended indefinitely, Maverick McNealy had to ask that question of himself. Then he had to figure out an answer.

I was excited to talk with McNealy because a pause to the Tour season also meant a pause on realizing his dream: playing (and thriving) at the game’s very top level. The Korn Ferry Tour graduate had been picking up some momentum, posting three top-15 finishes in his last five starts before the pause. McNealy retreated to his home in Las Vegas. From there, he took the quarantine seriously; he limited unnecessary exposure, stayed home and stuck to a “pod” of close friends.

Going into our series of discussions, I wondered how McNealy, 24, had been spending his time. Was he playing insane amounts of video games? Day-trading? Betting on marble races? Nah — not even close. The same drive that has gotten McNealy to this point as a golfer seems to be propelling him forward even now. You can watch the first part of our interview below.

Here are three things I learned from talking with Mav.

1. Not every Tour pro has a home simulator.

Even McNealy, posted up in Las Vegas, has been resorting to the sorts of at-home gimmicks as you or me. Courses in Nevada were shut down until early May, and when we first spoke (shortly before that) he’d been largely confined to his house.

“My golf is pretty much consisting of my putting mat in my garage; it’s actually an ugly carpet from my parents’ old house,” McNealy said. “And a little hitting net with foam balls. So that’s about all the golf I can do right now.”

“I would probably play golf four times, on family vacations, because I played hockey seven months out of the year. So the only thing is I’m not getting stronger and I’m not playing hockey right now. I’m just kinda hanging out at home. Not really getting yoked — no real Bryson serum going on right now,” he said. “But I’ve been doing a little bit. Every golfer knows how to work out in a hotel room, because that’s all we have sometimes.”

2. In recent weeks, Maverick’s probably been more productive than you have.

You know that book you’ve been planning to read, or that diet you were thinking of trying, or maybe a new hobby you’d been looking into, like playing the guitar? How’s that going? Perhaps not as well as it is for McNealy.

“I’ve just been doing things that I don’t get the chance to do normally when I’m in season,” he said. “I’ve been learning how to read and write in Korean and I’m trying to learn vocabulary words and how to speak now, which is fun. I’ve been doing some work with Curriki, which is an education nonprofit that I’ve been supporting for the last couple years and playing a lot of board games. We actually finished a game of Monopoly, start to finish, until everybody was bankrupt, which I think is an accomplishment, too.”

I told McNealy I thought that may have been the first recorded case of a completed Monopoly game. The impetus for learning Korean came via his girlfriend, LPGA star Danielle Kang. As for Curriki? That’s an extremely cool platform that features an extensive library of virtual learning resources and is seeking to make “immersive learning experiences” available to users from anywhere, essentially democratizing education via the internet. (You can check that out here.)

3. McNealy’s been hanging out with an athletic squad.

I asked McNealy who was on the inside of his pod — and it’s an impressive crew.

“I live with two guys, one is a buddy from Stanford who played professional baseball for a little while and now works here in Las Vegas, and Joseph Bramlett, who’s also on the PGA Tour, Stanford guy,” McNealy said. Bramlett is another guy battling for continued opportunities on Tour.

“Their girlfriends are around and I spend a bunch of time with Danielle as well, on the LPGA Tour. It’s a nice little close-knit crew here and we have some pretty intense game nights, a lot of pretty competitive people under one roof and a lot of ice cream is consumed and we have a lot of fun.”