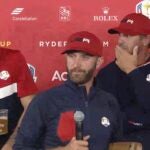 Dustin Johnson was on the form of his life during the U.S. team's victorious press conference

HAVEN, Wis. — Ordinarily, Dustin Johnson‘s press conferences are, by design, pretty boring. A bit like Bill Belichick, he doesn’t really engage or offer much of a quotable answer. Wondering what we mean? Here’s a little flavor.

But on Sunday following his team’s record-setting victory at the 2021 Ryder Cup, DJ — loose from a few beverages and the sense of victory — put on the best performance of his career during the Americans’ joint appearance in front of reporters.

There was an overwhelming number of hilarious moments, but here are a few of my favorites…

Look on the left side of the picture below. At the very start of the press conference you’ll see DJ place a microphone in Collin’s shirt. Not sure why, but he did, and it set a hilarious tone for what was to come. 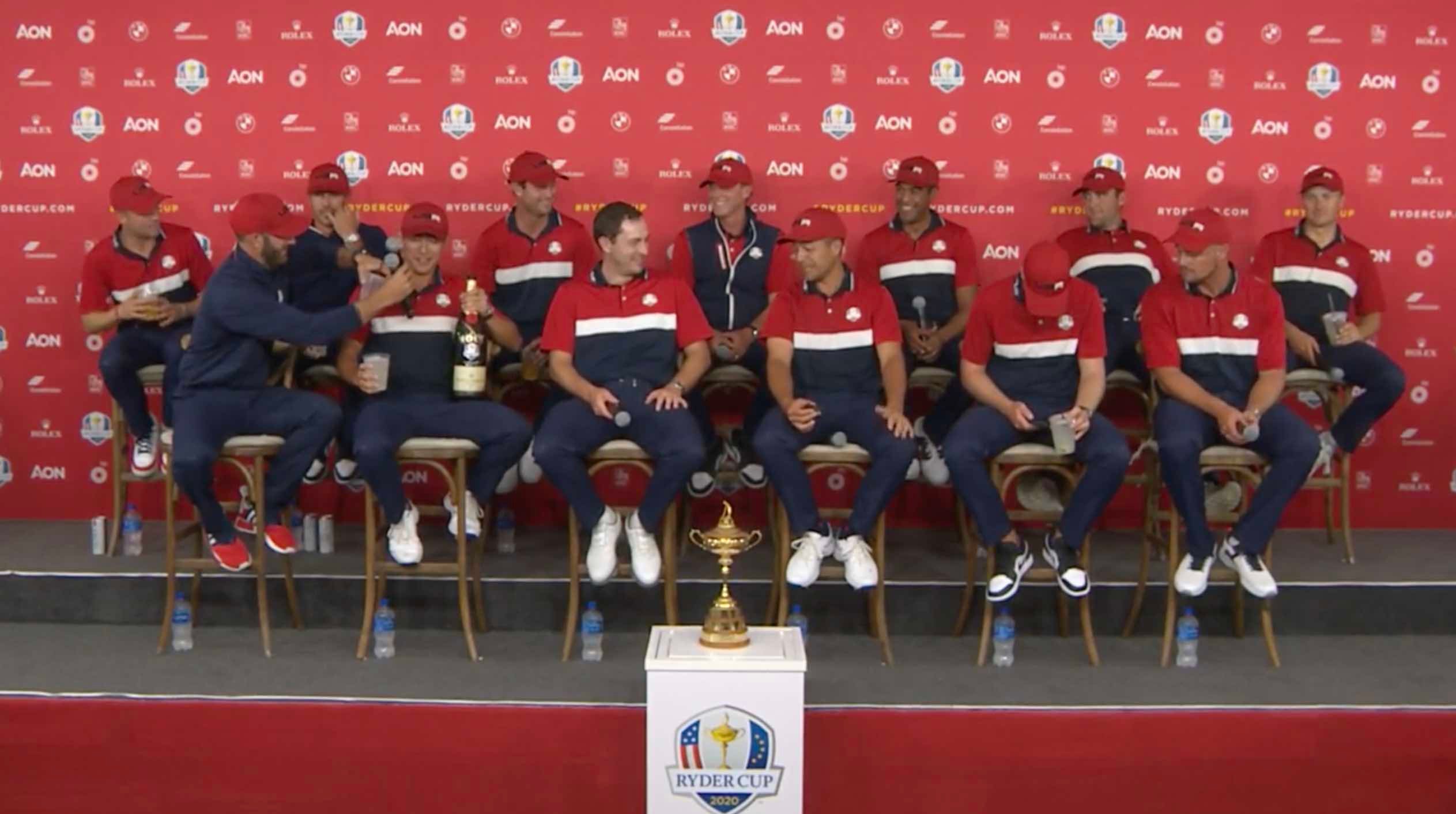 2. DJ promising to get a tattoo on his butt cheek

Yes, you read that right. After Thomas Bjorn did the same following Europe’s victory last year, Stricker was asked if he’d succumb to the prize, too. Stricker waffled, at which point DJ jumped in:

At which point Finau jumped in with some astute analysis of his own:

“DJ will probably have to ask Paulina first.”

3. DJ saying he could out-party the rest of the team

Midway through the press conference I asked Dustin Johnson if being the oldest player on this U.S. team meant he couldn’t hold his own partying with his younger counterparts. Could he out-party his teammates? We’ll let him tell you himself…

The look in DJ's eyes at the thought he couldn't out party his teammates 😂pic.twitter.com/sbjZxyxLC0

There was a moment during the presser when DJ’s teammates called out his unbeaten 5-0-0 record and it seemed, at least from my seat in the house, like he was realizing it for the first time.

DUSTIN JOHNSON: That’s all right. I had good partners, though.

COLLIN MORIKAWA: No, no, DJ, that was unbelievable.

5. DJ taking his bromance to the next stage

But as DJ says, you can’t go 5-0 alone. He had teammates, and his partnership with Collin has been so successful it’s reached bromance levels.

Asked if he and Morikawa would copy the famous bed-sharing video that Tommy Fleetwood and Francesco Molinari did after their victory in 2018, DJ said he was up for the challenge. 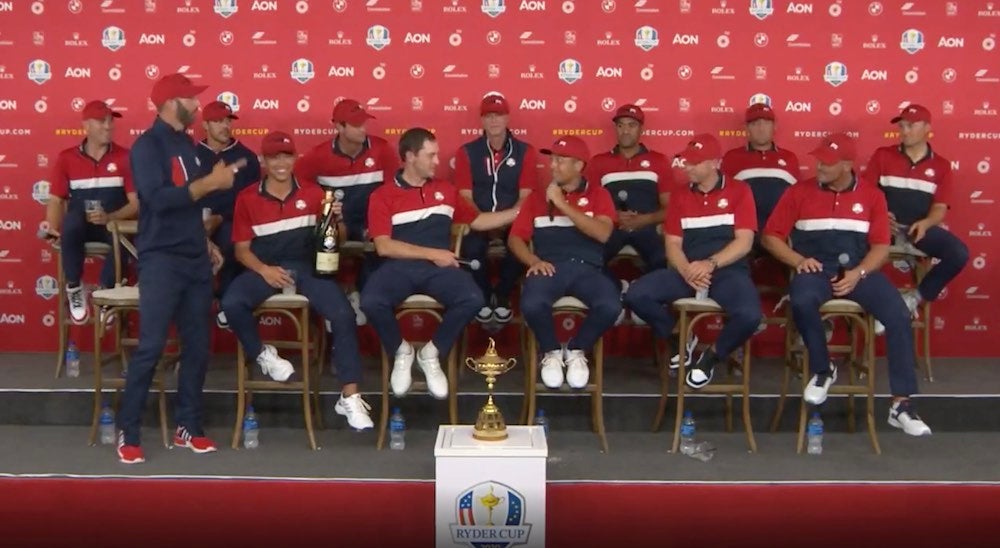 This was a subtle moment, but a low-key hilarious one: At the last call for questions from the moderator, DJ stood up and started gesturing that it was time to go, before awkwardly sitting back down.