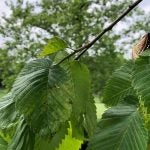 Fans aren't the only ones returning to Muirfield Village this June.

DUBLIN, Ohio — Those in attendance at this year’s Memorial Tournament have been remarkably docile — spare for the occasional rabble-rouser. Yet the tournament is under an invasion of biblical proportions, just the same.

This enemy is heard before they’re seen. Walk five feet in any direction here, and you’ll find your thoughts interrupted by them, but walk 50 feet more, and your body will adjust to the newfound annoyance. That’s precisely what the invaders want — to lull you into a false sense of security while they wait patiently for their moment to strike.

The enemy’s name is Magicicada Septendecula, and in addition to being everywhere, they’re pretty freaking annoying.

They are, of course, the “periodical cicadas” — bugs the size of small birds that burrow out from underneath us every 17 years to raise a hellfire of mild inconvenience on humanity. There’s little to nothing that can be done to stop them, and little-to-no reason to try. They don’t sting, bite or otherwise inflict physical harm, and other than being an ear-rattling nuisance, are entirely harmless (spare for the emotional trauma one must overcome after witnessing one fly onto their chest, as this writer can attest).

But that hasn’t stopped just about everyone from talking about them in the little town of Dublin.

“I’ve been coming here a long time,” Jim Nantz said. “So long that this is my third bout with the cicadas. My goal now is that I’d like to be able to say I worked at Memorial through four cicada episodes, that would be 17 years from now.”

While “cicada episode” might be technically correct, it’d be much more accurate to consider the problem at Muirfield Village a “cicada assault.” As temperatures have risen, so too has the decibel level coming from the tiny buggers. There’s no reprieve from the noise, per se, but there are places where the problem is worse, like next to the 7th tee box.

The back tee box on the 7th, a 563-yard par-4, is tucked into a tiny corner of the property, just close enough to a series of large oaks, and evidently, a large collection of overpoweringly loud cicadas.

On Saturday, the 7th tee was packed with fans, but few of them remained for longer than a few minutes.

“You forget about them,” one fan said before vacating the area. “But then every 15 minutes or so it hits you how freaking loud they are.”

Then, a few seconds later.

And then there’s the other thing about the cicadas: They have a nasty habit of jumping up toward the humans around them.

“I wore white pants, and there was two or three of them that kind of came and latched on to the white pants at one point,” Reed said. “I’m sitting there — first off, I didn’t know in the very beginning, and I kind of looked down and I’m like, what is this that’s on my leg?”

As players made their way around the newly renovated Muirfield Village on Saturday, cicadas could be spotted — and heard — on CBS’ broadcast; even drawing a brief conversation from the broadcast crew. But players were unconvinced of any potential effect on competition. In fact, Reed argued, they might even help.

“I mean it actually it’s kind of drowns out some of the noise from golf carts and from people walking from a distance that you don’t hear,” Reed said. “So if anything it’s actually helping, so bring them on.”

As for the rest of us? Reed can have them.