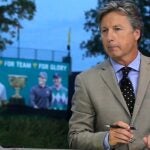 In the aftermath of Bryson DeChambeau's monumental U.S. Open win, Brandel Chamblee believes the victory will mark a seismic shift in how golf is played.

When Tiger Woods won the 2000 U.S. Open at Pebble Beach, it represented a seismic shift in the game of golf. A 24-year-old completely dominating a field of the best pros in the world? Unheard of. Tack on the fact that the margin of victory was a whopping 15 strokes and you got the advent of Tiger-proofing.

Tiger-proofing meant that courses got longer, rough got gnarlier and setups more difficult. All for the sake of hindering one man’s ability to completely dominate the sport in a way that had never been seen before. Woods still dominated in his early-2000s heyday, but it definitely wasn’t because the courses were not challenging him — he was just that good.

Last week at the U.S. Open, Bryson DeChambeau showcased a display of dominance that was eerily similar to that U.S. open 20 years prior. The margin was not quite as severe (six strokes as opposed to Woods’ 15), but the magnitude of the victory feels quite similar. There is already talk of DeChambeau transforming the way the game is played for good. If that prediction rings true, courses (or equipment?) will have to change in order to combat it.

“The future just happened,” said Golf Channel analyst Brandel Chamblee. “This beefed-up, bulked-up Bryson just changed the game … There’s been some seismic championships that have happened in this game … I would argue that this one will eventually change the game either in the way it’s played or perhaps in the equipment that it’s played with.”

He’s not alone in that assessment. Other players were vocal in their opinion that DeChambeau is playing a different game than much of the field. Shane Lowry suggested that the rough conditions were different where the bombers play from, and Rory McIlroy said, “It’s kind of hard to really wrap my head around (what he’s doing).”

Winged Foot is regarded as a course that demands precision, and the U.S. Open was going to illustrate that. The rough was supposed to be too gnarly, the greens too difficult, and the setup too penal for this sort of dominance to occur. DeChambeau didn’t get that memo. Despite hitting just 23 fairways on the week, the bomber was the only player to break par. And he blew past that fencepost, finishing six under when many predicted the winning score would be well over par. Even the best that A.W. Tillinghast and Gil Hanse had to offer were no match for the brawn of DeChambeau.

When a sport like golf is confronted with seismic change like this, the old guard takes it as a personal affront. Tradition and golf are tightly wound together. When that tradition is seemingly challenged, the old guard will do everything in its power to put the new guard back in their place. If Hogan and Snead couldn’t play this way, then there’s no reason anyone should.

But that’s the beauty — or horror, depending on where you stand on the issue — of what DeChambeau is doing. There doesn’t seem to be a logical way to combat it. A Winged Foot U.S. Open was supposed to be the kryptonite to the bomb-and-gouge routine. DeChambeau crushed that narrative in 72 holes. The game of golf seems to be at a newfound crucible.

“There’s a definitive before and after with Bryson,” Chamblee said. “We saw what he was and he is unrecognizable in body and in technique to the player that he was. If you’re not paying attention to this and you’re in professional golf, you’re going to get left behind … It is one of the most amazing things that I have ever seen in the game.”

Only time will tell, but it appears the game has changed for good. And we have a mad scientist from California to thank for that.