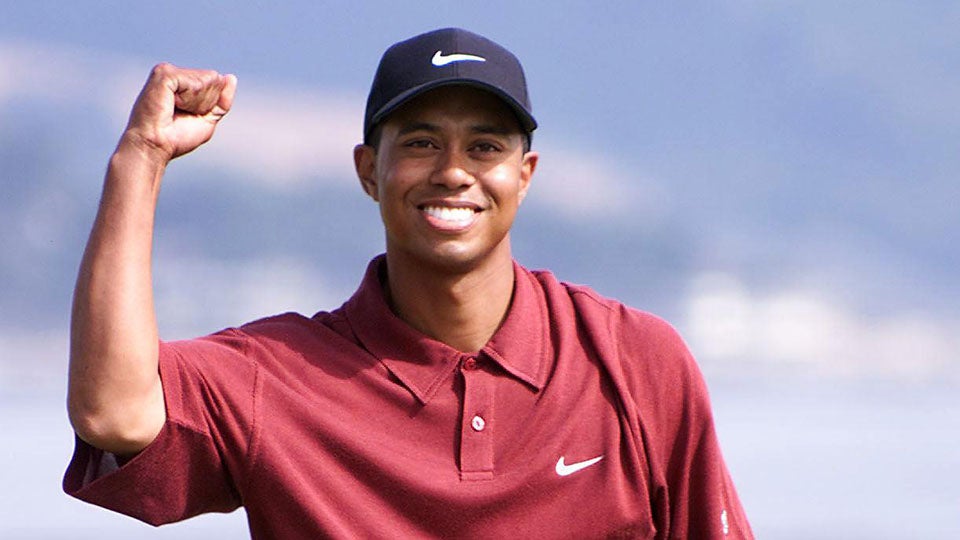 Rarely has one sentence so perfectly encapsulated a golf tournament, but that was Roger Maltbie’s oft-repeated assessment of Tiger Woods’s landscape-altering blowout at the 2000 U.S. Open, the centerpiece of the greatest season in golf history. But it’s worth noting here that Woods’s victory at Pebble Beach was not quite as inevitable as it now seems.

Tiger had won his second major championship at the 1999 PGA Championship, two-and-a-half long seasons after his breakthrough at the Masters. In the interim he had torn apart his swing, leading to a tighter, shorter and more repeatable action. In Woods’s first seven events of 2000 he had three wins and three runner-ups, but at the Masters he laid an egg: an opening 75 during which he hit two balls into the water. That doomed him to fifth place and was of a piece with the 1999 PGA, where he almost blew a 5-stroke lead on the back nine on Sunday.

Woods’s 65 on Thursday at Pebble was a bold opening statement but it didn’t give him the separation you’d expect at a U.S. Open. In perfect scoring conditions, Miguel Angel Jimenez posted a 66, John Huston a 67 and Hale Irwin, Loren Roberts and Bobby Clampett came home in 68. The second round was much breezier and the USGA offered a sterner setup, leading to widespread bloodshed. The above players averaged 76 on Friday, while Woods brawled his way to a 69 that gave him a commanding six-stroke lead. It was during the second round that Woods, facing a horrendous lie in the rough, smashed a seven-iron over a tree, around the ocean and up a mountain onto the 6th green to setup an eagle putt. It was that display of power, guts and precision that led Maltbie to all but concede the tournament to Woods. He was unrelenting on the weekend, including a bogey-free 67 on Sunday that led to a record 15-stroke victory. The Tiger Slam had begun.