#AskAlan mailbag: Will using split tees at the Masters be unfair to some players?

In this installment of the #AskAlan mailbag, GOLF senior writer Alan Shipnuck answers your questions about the 2020 Masters, Tiger’s chances in majors going forward, equipment bifurcation and more.

If Tiger makes a fist pump at the Masters and no one is around to see it, does it make a roar? – @MidwesternGator

The roar will be digital, and deafening. Just think how Golf Twitter pulsates when Tiger does something even remotely cool at a run-of-the-mill Tour event. Now multiply that by one of the most anticipated Masters ever, with a host of sophisticated streaming options that guarantees fans everywhere will get to deconstruct Tiger’s rounds in forensic detail. So, if there is in fact a fist pump, all of us will see it and rejoice together.

How does the Thursday-Friday setup going off both tees affect the mindset of a player so in tune with Augusta National? Number 10 as your first hole is brutal. Seems those starting on 10 on Thursday would have a tougher time. – @Squizz612

I think you’re right. Overall, the front is the more difficult of the nines but it is a pretty gentle beginning: No. 1 is a short-iron in, and 2 and 3 are two of the best birdie chances on the course. Meanwhile, the 10th hole is hard, the 11th is really, really hard and we all know 12 can be a round-wrecker; it’s easy to imagine some jittery competitors who start on the back nine on Thursday will arrive on 13 tee three or four shots over par. Just another wrinkle to keep an eye on in a Masters unlike any other.

An important distinction to be made between post-wreck Hogan and post-fusion Tiger: Hogan practiced. Constantly. Tiger, by his own admission, does not. Can Tiger remain competitive for 5-6 more years with his approach? – @CHFounder

He can keep competing but that’s not the same thing as being competitive. Tiger has looked rusty all year long, which is reflective of the lack of tournament reps and his body preventing him from practicing hard at home. Tough to see that changing as he gets older and even less supple. But he’s still Tiger bleep’ing Woods and will always be dangerous, especially at the Masters. As we saw last year, the guy hasn’t forgotten how to execute when it really matters. The challenge is being prepared enough to give himself a few more chances.

Will Augusta National have to sew an asterisk inside one of the lapels of the winner’s Green Jacket? – @GOLFFOODADDICT

C’mon, man. Seriously? This has been one of the most challenging years any of us have ever endured. For this Masters the players will have to deal with new turf conditions, different winds, and the strange sound of silence. Whomever prevails shall be properly celebrated.

The answer to that question is Pebble Beach.

Since no one, and I mean no one, cares about pros wearing hoodies on the course can we please stop talking about it? – @fakePOULTER

Nothing would make me happier. Especially since the most pressing issue facing golf today is the length of Tiger’s shorts.

Courses that name their holes, pro or con? And follow up question, did you play Sheep Ranch in the morning or afternoon? – @mvf510

I’m not a fan of named holes, at least not a course with 18 of them — that’s just a little too precious. The Road Hole is cool, the Dell Hole is cool, and there are a few others. But in general, less is more. Per Sheep Ranch, I’ve been lucky to play it at different times of day and in differing wind conditions, and I can tell you it’s an absolute blast no matter what.

Can Rory win in Augusta considering how many bogeys or worse he’s finding these days? – @Biff11

Seems unlikely, especially when you add in all the scar tissue McIlroy has acquired there over the years. But maybe Rory’s milquetoast play in 2020 is his secret weapon — expectations for him have rarely been lower. Perhaps he can play Augusta National with a freedom that has eluded him since his epic meltdown in 2011. Here’s hoping.

You’re in town for the Masters… best courses to play within an hour drive? – @coachdelaneysp2

Oh, that’s easy: Palmetto and Aiken GC. Both are among my favorite courses, full of charm and quirk and memorable shots. Champion’s Retreat is also quite fun.

What is the Washington Road experience going to be this year? Is there going to be anything different from a non-tournament week? Think T-Bonz will be bumping? – @GoDuckYourself

It’s going to be pretty dead. I’ve been looking at hotel prices and they are actually normal instead of jacked-up by three or four times, as during a traditional Masters week. Without fans and corporate entertaining it is going to be as sedate outside the gates as in Amen Corner.

Best and worst hotel you’ve stayed at while covering a major? – @bamabearcat

The all-time worst was at the 1996 PGA Championship in Louisville, when the media hotel was literally being demolished the week after the tournament. To say that place was a dump would be unkind to many landfills. There are lots of bests because, after the above debacle, I began eschewing the media hotels in favor of more stylish digs. Staying somewhere cool with a fun energy is way more important to me than Marriott points.

Your hypothetical would give Leonard two British Open wins, along with all-time Ryder Cup heroics, a Players, U.S. Amateur and NCAA title. I’d have to say yes to the Hall.

Why is there any dissent for bifurcation? – @Chadly643

In part, because Tour players are on the payroll of the equipment companies and are integral in helping the manufacturers sell clubs. And a cool part of golf has always been that weekend warriors can play the same gear as the pros; indeed, this FOMO drives the whole equipment industry. And we watch pro sports to be wowed; do I really want to watch Bryson drive it 280 yards when I can do that myself?

How did you do in the Uncle Tony Invitational? If you had 10 rounds at Bandon, how many would you play at which courses? – @JeremyPoincenot

Well, last Friday was one of the best days of my golfing life: shot a career-low 73 at Sheep Ranch and then won our cut-throat tournament at the Punchbowl with a walk-off putt in the dark, punctuated by a lusty hug from my partner, former Tour winner Dean Wilson. But I didn’t play that well in the other rounds and me and my partner Steve John finished 4th. Le sigh. My 10 round splits:

Find the right gear for you in our Pro Shop 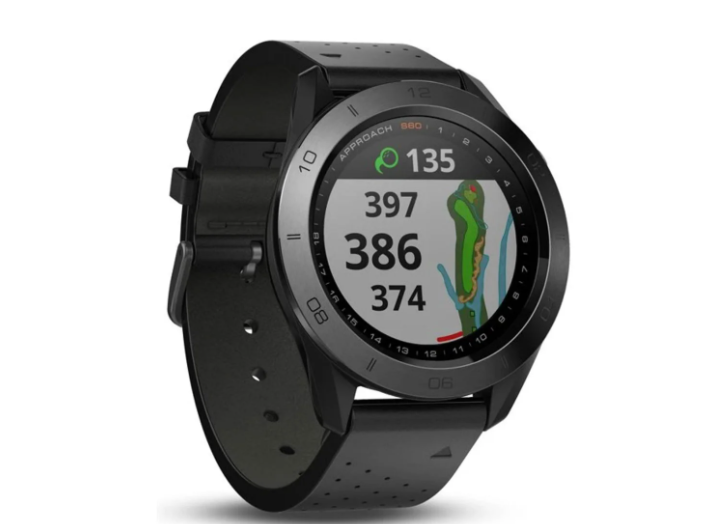