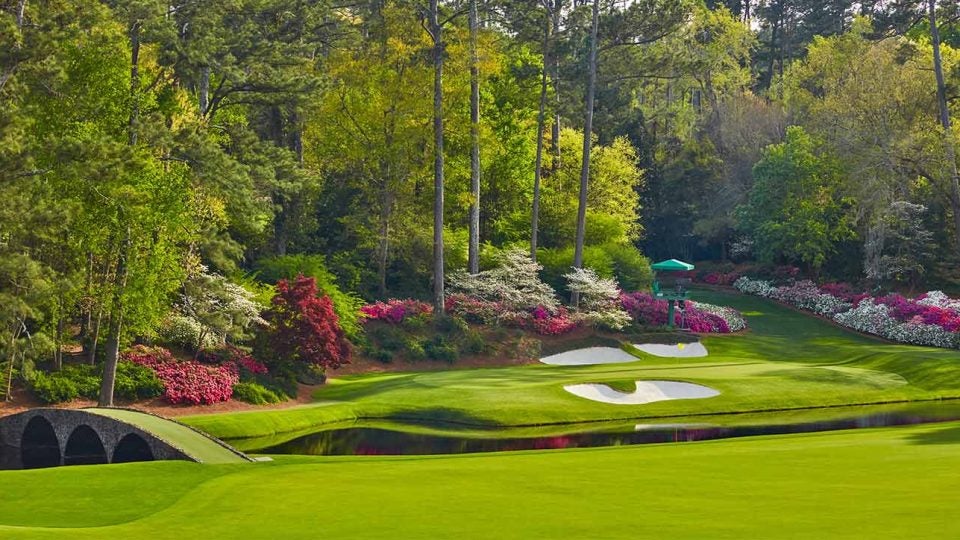 A view of the 12th green at Augusta National from the tee box.
Paul Severn

Augusta National Golf Club’s short-and-sweet par-3 12th hole kicked three pin-chasing leaders out of contention last Masters Sunday. But this isn’t all by chance. There’s a right (and wrong way) to play the 12th hole. Here, we’ll break it all down.

But first, let’s pause for a little history to set the table. Here are a few of many disastrous dunks that have happened at the 12th over the years:

1959: Leading by five strokes on Sunday, Arnold Palmer dumps one into the creek en route to a triple-bogey 6. Art Wall ends up besting Arnie by two.

1980: Tom Weiskopf finds Rae’s Creek five times in the first round, carding a 13 — the highest score on any hole by a Masters competitor in history.

1992: A Ray Floyd tee shot on Friday catches the bank and rolls back into the creek. On Sunday, Fred Couples’ ball hangs on from nearly the same spot. Couples beats Floyd by two.

2016: Seven holes away from defending his Masters title (and carrying a three-stroke lead), Jordan Spieth dumps two in the drink and never recovers.

As for the formula to beat the 12th? Here’s a cheat sheet: 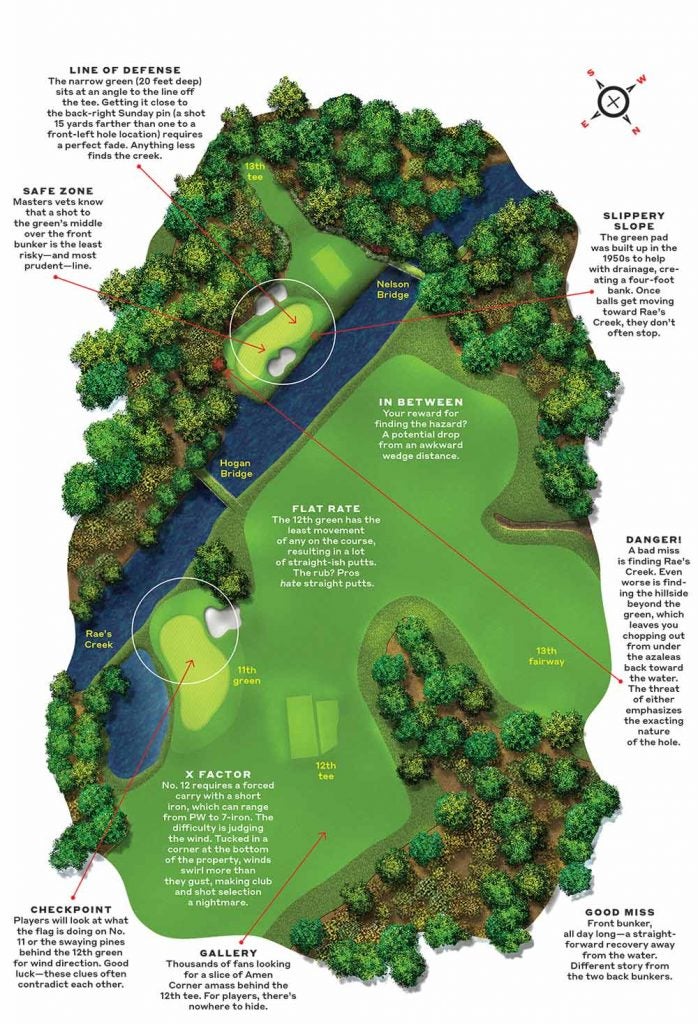 A breakdown of the 12th hole at Augusta National.
Darren Robinson illustration