PGA Championship sleeper picks: Who we think will surprise at TPC Harding Park 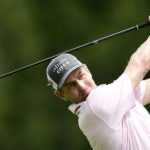 They haven’t won every major championship.

Sometimes, another betting favorite will win. Sometimes, someone a bit further down the board wins. One time, in 1991, the ninth alternate in the PGA Championship, who didn’t find out he was playing until late the day before the tournament, won. John Daly was very far down the board.

Don’t sleep on the sleepers.

Our eyes are wide open. We see them.

As the PGA Championship begins Thursday at TPC Harding Park in San Francisco, 13 members of our staff picked a player who was receiving +9,500 odds or higher to win on the DraftKings board. This is the same group who has been making picks since the PGA Tour restarted in mid-June, and the PGA Championship selections can be found here. (Should the sleeper pick win, it will count toward that game.)

The most popular sleeper?

Brendon Todd, who despite two victories this season, is listed at +15,000 on the board. The betting public may not believe. Four of our staffers do.

“I don’t know if I consider this much of a sleeper pick myself, but Brendon Todd is +15,000 right now?!” our Josh Berhow wrote. “He’s won twice this year and has eight top 25s and was a rough Sunday away from another win at the last Tour stop. You have to find fairways in majors, and Todd does that. Sign me up.”

Sleeper pick: Marc Leishman, +9,500. The strapping Aussie WILL win a major before his day is done. Why not this week?

Sleeper pick: Marc Leishman, +9,500. The man can move the ball both ways and is a great birdie-maker.

Sleeper pick: Ryan Palmer, +12,500. At these long odds, on a traditional, tree-lined course, I’ll take a steady veteran who has quietly put together a very solid season and is coming off a sizzling final round in Memphis and a second-place finish at the Memorial.

Sleeper pick: Henrik Stenson, +12,500. My colleague Michael Bamberger mentioned him twice in this week’s Tour Confidential. Michael knows infinitely more than me, so I’m taking my GOLF.com dollars and going with Henrik.

Sleeper pick: Joaquin Niemann, +13,500. It’s probably a year or two early for the 21-year-old to seriously contend in a major, but of the sleepers available, I just can’t allow myself to pass up on Niemann. Gosh, he’s just got so much raw talent. If he puts it together this week (a notedly big ‘if’), he’ll be right in the thick of things come Sunday.

Sleeper pick: Brendon Todd, +15,000. I don’t know if I consider this much of a sleeper pick myself, but Brendon Todd is +15,000 right now?! He’s won twice this year and has eight top 25s and was a rough Sunday away from another win at the last Tour stop. You have to find fairways in majors, and Todd does that. Sign me up.

Sleeper pick: Brendon Todd, +15,000. He’s in form, he’s had an extremely impressive season, and he’s sort of a Webb Simpson-style player himself, with a trusty fade that ranks him third in driving accuracy.

Sleeper pick: Brendon Todd, +15,000. I continue to be amazed at how well Todd can perform on Tour despite his driving distance stats looking like that of a club champion. In a year as wacko as 2020, why the hell not throw your hat in the ring for Brendon Todd.

Sleeper pick: Brendon Todd, +15,000. Todd has played as well as anyone this season. With these odds, why not take a flier on Todd to keep the good times going?

Sleeper pick: Matt Wallace, +15,000. I liked his form at the Memorial. I like his ability to zone in when he’s in the hunt. I loved his play at Bethpage last year, if that translates at all (which it may!), and, overall, this number just feels too high.

Sleeper pick: Cameron Champ, +17,500. Champ has been sort of hit and miss this season, but he has Northern California ties, growing up in nearby Sacramento. I’m banking on those happy, familiar, hometown-ish vibes to pay off.

Sleeper pick: Max Homa, +17,500: Homa played his collegiate golf at Cal and has a local-knowledge edge over many in the field. He’ll make some noise this week. Just watch.

The 5 best weather apps, according to golf-course superintendents

Corales Puntacana odds to win: Will Zalatoris the surprise favorite

Clubhouse Eats: The mid-round snack at Mexico's Costa Palmas is a culinary experience like no other